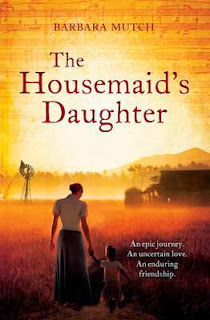 And then there was the matter of skin. When I look back on it now, when I look back on the girl on the dusty road carrying a newborn baby and a bucket, I now realize I knew nothing about skin. Skin touched me only lightly within Cradock House. It was only beyond its walls that the world divided itself so strictly between black and white, with coloured falling awkwardly in between. Yet I thought I understood those grades of colour. I thought I could even manage under the new word called apartheid. Only once I came to live across the river did I realize I was wrong.

In 1919, gentle Cathleen Moore left Ireland to sail for South Africa, where she was to marry her fiancé, Edward Harrington, whom she had not seen for five years. Their home was to be in the Karoo, a semi-desert territory far from the coast. Before long, the family had grown to include Miss Rosemary and young Master Phil. Miriam was their housemaid, and in 1930 she gave birth to a little girl named Ada, after Madam's sister in Ireland. She was welcomed into the household. The Housemaid's Daughter, by Barbara Mutch, is the story of Ada.

From the beginning, Ada felt like part of the family. She helped her mother with her work around the house––cleaning, ironing and polishing––but, at the same time, Cathleen quietly began to teach her to read, and because Cathleen's daughter Rosemary showed no interest, Cathleen also began to teach Ada to play the piano. There are strict conventions about how Mistress and maids are to interact, but Cathleen gets around most of them. Subtly, Cathleen opens her heart to Ada, as she accidentally-on-purpose leaves her journal out for Ada to read and learn from. 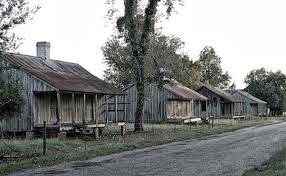 Ada grows up alone; isolated from exposure to other children like her. And so she has no real sense of what the world is like.  She is naïve, innocent and at the same time strong and resilient, as she struggles to understand things. She tries to get a grip on wars, which can leave some wounds only on the inside, as happened with Master Phil in North Africa in World War II. She struggles to understand the new fears of apartheid, which strangle the area in the 1950s, and finally she has to come to grips with a terrible thing that happened to her that has her in fear for her life and those of people she cares about. 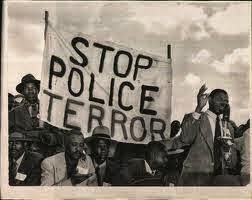 What is at the root of this fear came down from the mixing of blood within a single family. It had terrible power, this difference in skin between mother and child. It became another kind of war; one that forced disputes among people, divided old friends and turned strangers into enemies. She also had a shame that she would carry all the days of her life. 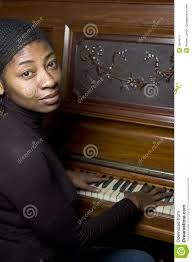 Music had been the source of Ada's strength throughout the years. She used it to bring peace and comfort to her family, and it enabled her to make a living when otherwise she might have starved. Ada spoke the language of music. She could hear Grieg in the ripple of a river like Cathleen did, yet she she could recognize Township Bach in the rough-and-tumble life of the people. She played it all and and more. Mutch has a poetic way with words, and her descriptions of Africa, the Karoo and the people evoke many strong emotions. Keep a hankie on hand. 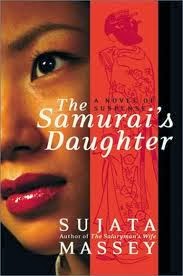 Rei Shimura is a prototypical American daughter in that she, too, is of mixed ancestry and this is far from unusual in a melting-pot country. Her father is Japanese, while her mother is of European extraction. Rei grew up in San Francisco, but has more an affinity for the Japanese side of her heritage and had lived for some time in a small apartment in North Tokyo. The Samurai's Daughter, by Sujata Massey, tells about Rei's line of work, which is in the Japanese antique trade. At present, Rei is taking a sabbatical to take on a personal history project. She hopes to make a record of the style in which the Shimuras had lived before the massive modernization of the 1960s. She was interested in the artifacts of that life, such as the cooking pots, the quilt designs and garden patterns. 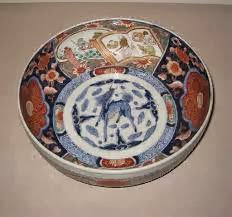 She knew that her father had sold several artifacts from his past in order to be able to buy a large house in San Francisco, but she also wanted to understand why her father had gotten rid of some of the more valuable items the family owned, and was puzzled by his negative attitude about them. One artifact he sold was a letter from the Emperor Hirohito himself. Rei flies off the handle easily, so she doesn't communicate easily with either of her parents and she doesn't get the answers she seeks from them. Her hope is to recoup some of the items. 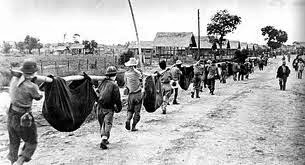 Rei's fiancé, Hugh Glendenning, is a lawyer involved in a class-action lawsuit on behalf of people forced to engage in slave labor for Japanese companies in World War II. They are hoping for recompense, since it was their hard work that gave the now-successful companies a good start. One of these clients is in San Francisco, and is brutally murdered. Rei gets drawn into this case, as her research delves into the war years as well. 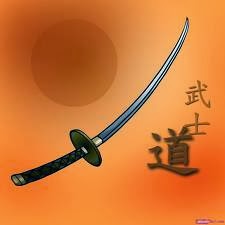 One thing that Rei learns is that although she may look Japanese, speak Japanese and live in Japan, she has much to learn about the culture and the deep, hidden fears and sentiments that persist despite modern times. Rei is somewhat like a Samurai warrior ancestor herself, in that she is combative, resilient and traditional. There are 10 books in the Rei Shimura series and they are educational as well as entertaining. Massey's latest book is The Sleeping Dictionary, first in the Daughters of Bengal series, published by Gallery Books in August 2013. I hope to review this book about a daughter soon. 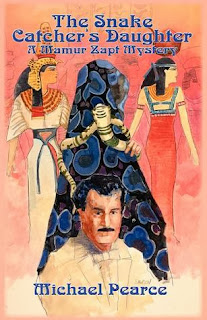 Sometimes, after reading of very dark deeds, I like to lighten my spirit with something from Michael Pearce. One of these is The Snake Catcher's Daughter. Pearce's mysteries take place in early 20th-century Egypt, when that country was governed by the British, the Egyptians following the code of the French, the Sultan was under the influence of the Ottomans and, of course, there were many other miscellaneous fingers in the pie. 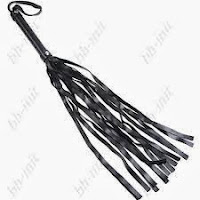 There were those who appreciated the changes the British made, such as abolishing the kurbash, which was a whip used for punishment and extracting confessions, but there were those who liked the old ways better––especially the lucrative methods of job advancement by bribery rather than performance. Garth Owen, the Mamur Zapt in charge of the political crimes section of the government, becomes aware of a plot to discredit many of the British officials and cause them to lose their jobs.

One such man, a policeman, is found drugged in a snake pit and this is leading to all sorts of rumors of untoward behavior. The wily Mamur Zapt has to keep one step ahead of the nefarious plotters and he does this with the help of a young girl who has learned her father's trade, since he is too drunk to take care of business himself. She provides an all-too-necessary service in the land of the Nile. She is a snake catcher. She helps Owen catch the snakes he is after as well. 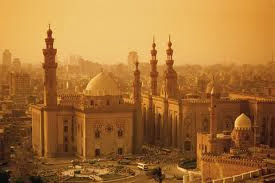 The list of books about daughters goes on and on, and I can't wait to read Laura Joh Rowland's The Shogun's Daughter (September 2013, Minotaur), a historical novel that takes place in ancient Japan. Another historical novel is The Kingmaker's Daughter, by Philippa Gregory, which chronicles Richard Neville, the Earl of Warwick, and how he used his daughters politically. Linda Lafferty's The Bloodletter's Daughter is another book about violent ancient times. Bad boys have daughters too, as is seen in The Con Man's Daughter by Ed Dee. In this book, ex-cop Eddie Dunne runs from the Russian mob, the FBI and more while trying to save his daughter. One of my favorite Suzanne Arruda books is The Serpent's Daughter, in which Jade del Cameron must save her own mother from evil forces in exotic 1920s Morocco. Maybe the book that started my interest in daughters of crime fiction is Bootlegger's Daughter, the beginning of the Deborah Knott series, by Margaret Maron. Knott is an attorney looking to be a judge in North Carolina, who gets involved in southern politics and crime.

Now, for books about sons, you'll have to wait for a future post.
Posted by Maltese Condor at 5:50 PM