You'll Have To Speak Up, I've Got Books In My Ears

If reading a book is like going on a journey, how about listening to an audiobook? Sometimes, like recently for me, it's like going on a trip with a first-generation Garmin GPS. You don't get to where you wanted to go, and you have something very annoying in your ear the whole time.

One of the books in my Fall Preview post was Steven Brust and Skyler White's The Incrementalists. The idea of a secret society of people who've been "meddling" in history throughout time, in an attempt to improve outcomes, appealed to me. I also liked the idea that Incrementalists' minds and memories persisted for thousands of years by "stubbing" them into a new recruit's mind (via a flaming spike!) when an old physical body was ready to be retired.

Brust tells the story through alternating leads, Phil and Renée, or "Ren." Phil's one of the most experienced and venerated Incrementalists, having been knocking around for most of human history. His lover of 400 years, Celeste, has killed herself, and Phil recruits Ren, a user interface designer, to become a new Incrementalist and receive Celeste's stub. Things go haywire when Celeste's personality tries to dominate Ren and, via meddling through Ren, control the Incrementalist hierarchy. This is particularly inconvenient for Phil and Ren, since they are falling in love and, let's face it, three really is a crowd, especially when the third is actually in one of a couple's head.

It turned out the story wasn't nearly as fun as I'd expected, because instead of stories about meddling successes and bloopers throughout history, the book focused on the whole Celeste thing and the Incrementalists' counter-thrusts. That might have worked if Phil, Ren and the other Incrementalists had been interesting, but dead Celeste was the liveliest in a flat and shallow cast of characters. 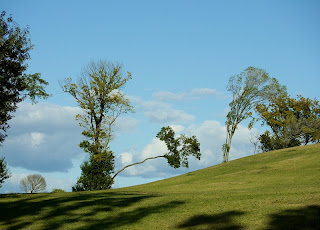 But worst of all was the train wreck of an audio production. The guy reading Phil's part uses an aggressive, ticked-off tone that didn't seem at all like what the book's text was aiming for, and made it very hard to understand why Ren's character would fall for him. The woman reading Ren's part was even worse. She's supposed to be a strong character––and needs to be to keep Celeste at bay––but she has an insubstantial, almost Valley Girl voice.

The two readers use different accents when they read side characters, too. Is Oskar Russian, or at least Russian-ish? According to the male reader, yes; according to the female, no. But she makes up for it by giving Jimmy a French(-ish) accent that the male reader leaves out. And don't get me started on the various mispronunciations of words, including both readers consistently pronouncing Ramon's name "Raymond." Audiobooks are big business these days, so it's hard to understand how an audio producer can get it so wrong. This summer I've had a little run of bad audiobook readers, like Anne Flosnik's dreadful narration of Simon Montefiore's Sashenka. But, to be fair, I've also had some excellent listening experiences, like film actor Gretchen Mol's astringent reading of the 1920's acid-etched black comedy/mystery The Other Typist; Steven Crossley's lightly amused reading of Allan Karlsson's improbable adventures throughout the 20th century in The 100-Year-Old Man Who Climed Out the Window and Disappeared; and Sean Mangan's sarcastic concrete-mixer reading of the quirky Norwegian by Night.

I've also listened to some absolutely stellar audiobooks; stories where the narration brought a whole new level of pleasure to the experience. In crime fiction, the best example would be Nick Harkaway's Angelmaker, read by Daniel Weyman. Weyman understands, as very few readers do, that reading a book should be treated as an acting job, not a demonstration of functional literacy. Weyman throws himself into the performance, making an already exciting adventure story downright enthralling. I found out there is good reason for the high quality of Weyman's performance. He is an actor, who may be seen currently on Foyle's War as Adam Wainwright, playing opposite Honeysuckle Weeks's Sam Stewart.

Jonathan Keeble has a chocolatey-brown Shakespearian voice, and gives just the right tone of warmth tinged with menace that Reginald Hill's The Woodcutter demands. And, luckily, Keeble is a prolific voice actor, voicing 120 titles on Audible. And Ralph Cosham is always a welcome voice to hear reading Louise Penny's Armand Gamache/Three Pines series. Last summer, I went through the whole series all over again, but in audiobook, and now I can't imagine anyone but Cosham reading them.

On balance, the rewards I've had with audiobooks outweigh the risks. I think I just need to do a better job of spotting bad narration before clicking that "buy" button. If anybody out there listens to a lot of audiobooks and has some recommendations, please post a comment. My Audible cart is currently empty!
Posted by Sister Mary Murderous at 4:00 AM