Liad Shoham is an Israeli attorney and popular author whose first mystery novel, Lineup, is finally available in English.

In Tel Aviv, Sarah Glazer, 82, had treated herself to a pair of night-vision binoculars for her birthday. Scanning the area one night, she witnessed a brutal rape in her own yard. She fled to her bed and pulled the covers over her head, reasoning that someone else would call the police. No one did, and young Adi Regev dragged herself home and hid in terror and shame for three days before her worried father forced his way in and got her to a hospital.

Obsessed with enabling his daughter to put the event behind her, Yaron watched outside her apartment night after night. Finally one evening he saw a man behaving furtively, skulking between cars as a young woman walked by on the street. Yaron, sure he had found the rapist, followed the man, saw where he lived, and returned the following morning with a camera. The photos he snapped of the young man were similar to the identikit sketch of the rapist, but Adi wasn't sure. Finally, desperate to be done with it, she identifies Ziv Nevo as the rapist, and Yaron rushes with the information to Eli Nachum, the detective on the case. 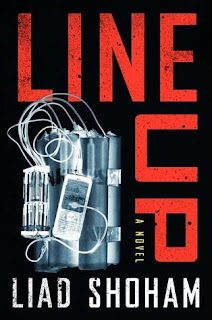 Nachum, an older man with a young ambitious partner, has been under terrific pressure to close the case. He picked up Nevo immediately, and quickly became sure of his guilt––Nevo would not explain what he had been doing when Yaron spotted him. He couldn't––as a low-level member of the mob, he had been engaged in criminal activity for his boss. With Adi having been influenced in advance by her father to identify Nevo, evidence from the lineup would be thrown out of court. For the first time in his life, Nachum suppresses this essential evidence in his preliminary report, and Nevo is held for trial. In prison, his son's life is threatened by a mob enforcer unless he pleads guilty. Then Adi recants her lineup identification of Nevo as the rapist, and Nachum is forced to release him despite his confession. Two days later, there is another rape in the same neighborhood.

This is a convoluted story in which nearly every character has an agenda beyond the obvious. While it is set in Tel Aviv, the setting seems rather generic; it could take place in any major city. Lineup (September 3, HarperCollins) is a gritty, terse, old-fashioned procedural, with errors of judgment and betrayals at every level. The twists don't come with high drama and emotion, but rather as matter-of-fact events. The perpetrator came as a surprise to me although in retrospect there was some foreshadowing. While the story was well-plotted and the procedural details interesting, most of the characters were rather sketchily drawn. The victim, Adi, and Nevo, whose bumbling decisions put him between a rock and a hard place, were by far the most memorable characters.
Posted by Periphera at 4:00 AM