Review of John Searles's Help for the Haunted Help for the Haunted by John Searles

October 31st is next Thursday. Along with stocking up on candy for trick-or-treaters and rustling up a decent costume, you'll want to find a good book. Holding it will keep at least one hand out of the Halloween candy dish while you wait for your doorbell to ring, or you'll want it for relaxing in bed after attending that knock-out costume party. It doesn't need to be a book that leaks blood and gore when opened; there are plenty of books that get you into the spirit of Halloween by only deliciously raising the hair on the back of your neck. Such a one is John Searles's Help for the Haunted (September 2013, Morrow/HarperCollins).

Its narrator is an intelligent 14-year-old girl named Sylvie Mason, who skillfully ushers us back and forth through time as she investigates family secrets and her parents' deaths. Sylvie was present when Sylvester and Rose Mason were shot inside a dark church during a blizzard nine months earlier; however, the account she gives the Dundalk, Maryland police doesn't hold up, and the suspect in custody may be released. Sylvie is honestly confused about what actually happened, but she also lied to protect her rebellious older sister, Rosie. In addition, Sylvie wasn't entirely forthcoming about what went on at her family's home. 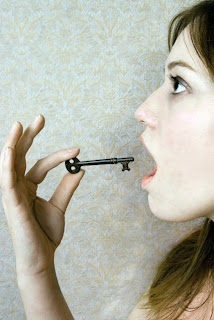 Sylvie's protectiveness and reticence come naturally. She is "the good daughter," the one her parents were proud of and could rely on to do what was needed. Sylvester and Rose were devout Christians who had a national reputation for their work with people "whose souls have been occupied by malevolent spirits, spirits that have no intention of leaving on their own." They lectured on a circuit and responded to requests for help. People were understandably curious about what went on inside their shabby Tudor house at the end of Butter Lane, but their daughters were forbidden to talk about it to anyone—no matter who it was.

The Masons' mysteriousness, renown, and murders lead Sylvie's schoolmates to either shun or harass her, and Rosie, now Sylvie's legal guardian, is antagonistic. Poor, miserable Sylvie has three days before her next interview with Detective Rummel, and she's determined to know the truth of her parents' murders by then. Sylvie's investigation requires her to step out of a bubble and navigate the cross currents in her family's lives. While Help for the Haunted involves demonology, it's unlike William Peter Blatty's 1971 novel The Exorcist. It's Sylvie's coming-of-age story; an interesting examination of family relationships; and an exploration of the nature of faith, ambition, and love. It explains how the power of belief can create a reality and shape the truth.

I enjoyed Searles's characterization, use of symbolism (e.g., Sylvie's tinnitus and its never-ending "shhhh"), descriptions (a young woman is referred to as a poisonous flower blooming), foreshadowing, and skill in building tension. Very early in the book I began dreading the next mention of the word "basement." The Masons' basement plays a major role in the story's spookiness, and I really liked this touch; a psychiatrist will tell you that fear of a basement is symbolic of a fear of the unconscious. I also liked the varied use of ghosts. Rose Mason, who has translucent skin and a great sense of calmness, is described as an apparition. People are haunted in many ways: by ghosts from the past; by words spoken and unspoken; by motives of vengeance, greed, or the desire for the truth; by their conscience; by evil. 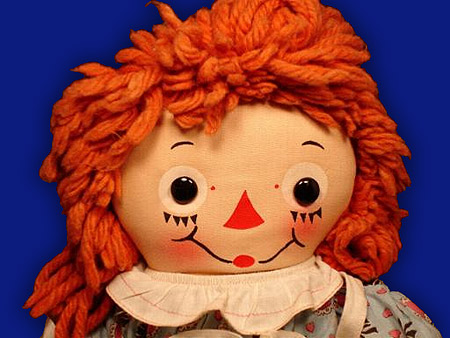 Searles employs many plot elements whose appearance is guaranteed to trigger unease and heighten suspense. There are too many to mention, but a few include a not-overly-bright babysitter; Halloween night; an old dental chair; a hatchet mounted on the wall "the way a fisherman would display a prize catch;" a movie theater gone to seed; and especially, Penny, the Raggedy Ann doll. The book only occasionally dawdles; as a whole, it's very well paced, and I was reading like mad toward the end.

For a great Halloween read, accompany the remarkably eerie Help for the Haunted with a few miniature Snickers.
Posted by Georgette Spelvin at 11:32 AM