The Yellow Eyes of Crocodiles by Katherine Pancol

I took a break from mysteries with an entertaining book I think you might enjoy. I'll confess, it's probably classifiable as "chick lit," but since it's French, maybe we can think of it as chic lit.

Katherine Pancol's "Joséphine" trilogy sold like Paris street-vendor crèpes in France, and now the first of the three books has been translated into English. The Yellow Eyes of Crocodiles introduces us to ugly duckling Joséphine Cortès, who has always been treated dismissively by her snobbish and stylish mother, Henriette, and by her sister, chic society wife, Iris.

Joséphine is a poorly-paid history researcher trying to support her family, including her two daughters, Zoé and Hortense. Her husband, Antoine, had been a high-flying executive until he was laid off after his company was acquired by an American firm. Now he's thinks he's too good to take a normal job, and after a year of unemployment, making ends meet is getting trés difficile. After Joséphine discovers Antoine's been having an affair with a hairdresser, she boots him out and he leaves with the mistress, Mylène, to manage an African crocodile farm. 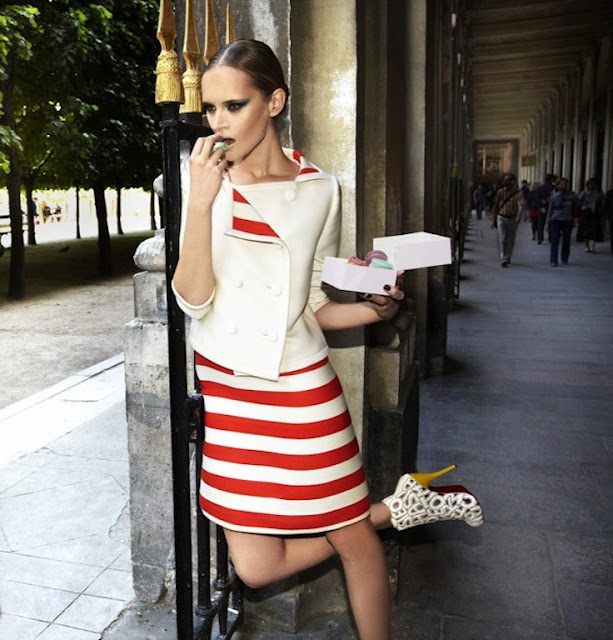 Joséphine is really in the soup now. Not just financially, but with the girls. Zoé is a sweetheart, but the barely-into-her-teens Hortense is your worst nightmare of a daughter. She's spiteful and dismissive to her mother, dresses in revealing clothes and, now that puberty has hit, she uses her looks to entice grown men––the kind with fast cars and money to spend on her––into her web.

The answer––at least to the financial problems––comes out of left field. Iris, a sharp-elbowed competitor among Parisian ladies who lunch, has been feeling like the spotlight isn't highlighting her enough, so she announces to her set that she's writing a historical novel. The spotlight swivels to her, alright, but it's all little too hot with expectation when a publisher acquaintance expresses keen interest. Iris's brainstorm solution is for Joséphine to use her 12th-century historical knowledge to write the novel, which will be credited to Iris, and Iris will slip the proceeds to Joséphine. It's a workable plan until the novel becomes a runaway success and word of the book's real provenance starts to leak out. This description makes it sound like a straightforward story, but there is a huge cast of supporting characters who provide their own subplots, like Joséphine's stepfather, Marcel, who runs a successful home goods business and takes refuge from his ice queen wife, Henriette, with his voluptuous and warm-hearted secretary; Joséphine's neighbor and friend Shirley, who has a mysterious past in England; Hortense and her cold-blooded tactics; Antoine and Mylène's adventures on the crocodile farm; and nearly a dozen others. Even Joséphine's novel's heroine, Florine, is a character in this book––and one with a life that would put any soap opera to shame.

When I picked up this book, I was a little nervous about Joséphine's character, because downtrodden characters in books are often so passive that I want to shake them and tell them to grow a backbone. But Joséphine isn't like that. She does stands up for herself, at least verbally, and has some very choice words for both Antoine and her mother. I cheered for her all through the book, and looked forward to seeing the meanies get their comeuppance.

This is a fast-paced, funny and poignant story and, as with the best stories, I couldn't wait to find out what happens next. There were a couple of weak points, like young contemporary children being interested in Marlon Brando and John Lennon, and one subplot that strains credulity, but these were easy to forgive.

The Yellow Eyes of Crocodiles (translated from the French by William Rodarmor and Helen Dickinson, Penguin, 2013) is perfect for a movie. The Cinderella-ish plot is tailor-made for the screen. Of course, if Hollywood gets to it, Joséphine will be played by somebody like Julia Ormond and you'll only know she's an ugly duckling because she won't be wearing eyeliner or Hermès scarves. But I can live with that.

I wonder how long it will take before we see English translations of the other two books in the trilogy. The second is called La Valse Lente des Tortues (The Slow Waltz of Turtles) and involves a serial killer striking Joséphine's neighborhood, while the third, Les Écureuils de Central Park Sont Tristes le Lundi (Central Park's Squirrels Are Sad on Mondays), has Joséphine battling writer's block until she finds a 1960s diary about a young man who is mesmerized by Cary Grant when Grant is in Paris filming Charade with Audrey Hepburn. I'll look forward to reading these, which have also been huge bestsellers in France. Not to mention that they sound almost like crime fiction, not just chick/chic lit. 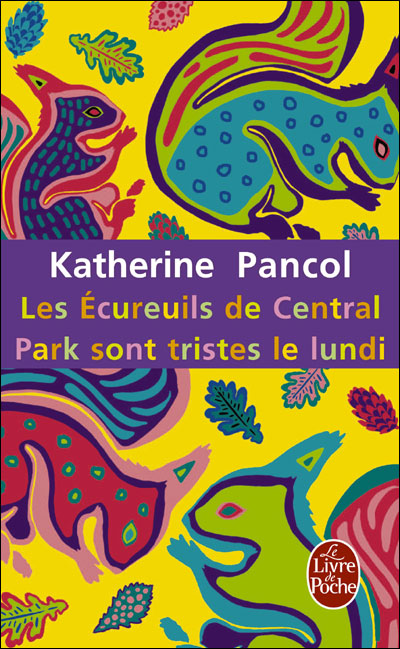 Note: Versions of this review may appear on other reviewing sites, such as Amazon and goodreads, under my usernames there.
Posted by Sister Mary Murderous at 4:00 AM