For Your Dearest Reader on Valentine's Day

You can't say we didn't warn you. Valentine's Day is Friday, February 14th, exactly two weeks from today. This gives you some time to find a book and a little accompaniment for your dearest reader. Here are some suggestions: Are you lucky enough to be shopping for a chocoholic crime fiction fan? Pair Donna Tartt's The Goldfinch (Little, Brown, 2013; see Sister Mary Murderous's review here) with a beautiful chocolate bird from Alma Handmade Chocolates in Portland, Oregon. Fran's Chocolates in Seattle has salted caramels and chocolate flavors that include Oolong Tea, Raspberry Truffle, and Milk Chocolate Espresso. Along with that candy, give Anthony Berkeley's charming 1929 classic, The Poisoned Chocolates Case, in which members of a detection club vie to solve a poisoning that has Scotland Yard baffled.

Another idea is a box of incredibly detailed anatomically correct human parts chocolates and a suitable book: Charles Stross's Neptune's Brood (Ace, 2013) is a space opera set in the year 7000, when a humanoid descended from robots, Krina Alizond-114, goes on a quest to find her sister Ana and is pursued by an assassin. This tale, involving futuristic macroeconomics, initially made my head spin, but after acclimation, I enjoyed it. There are two story threads that eventually tie up in Belinda Bauer's Rubbernecker (Bantam Books, 2013): one featuring Patrick Fort, an anatomy student with Asperger's syndrome, who discovers something odd about a cadaver he's studying; and another featuring a comatose patient. This highly original standalone, set in Cardiff, Wales, was a 2013 Gold Dagger finalist.

I'm a huge fan of bathtub reading, and perhaps your loved one is, too. Or, maybe he or she has yet to discover the joys of reading while lolling in the water, caressing the faucet with the toes, and hearing water lap against the tub sides. For Valentine's Day, present your mer- maid/man with a nice piece of lacquered wood sized to span the tub. Along with it, an appropriate book. One that contains a drowning is thoughtful (Thomas Hardy's The Return of the Native, Émile Zola's Thérèse Raquin) or you might want to encourage water play with some little boats and Patrick O'Brian's Master and Commander, Book 1 in the wonderful Aubrey/Maturin naval series set in Napoleonic times, or Herman Melville's Moby-Dick. Or, go for deadpan humor and a weird, slow-moving tale set in the New Mexico desert, featuring a comatose teenager and those who hold vigil for him: John Brandon's A Million Heavens (McSweeney's, 2012).

For a twosome in the tub, put a bottle of rum, two glasses, and Moby Dick, Or, The Card Game on the tub board between you. (If you're wearing an eye patch in the shape of a heart and have a parrot sitting on your shoulder, it will make things very festive.) For other Valentine's Day suggestions for a duo in the tub, consult your imagination. 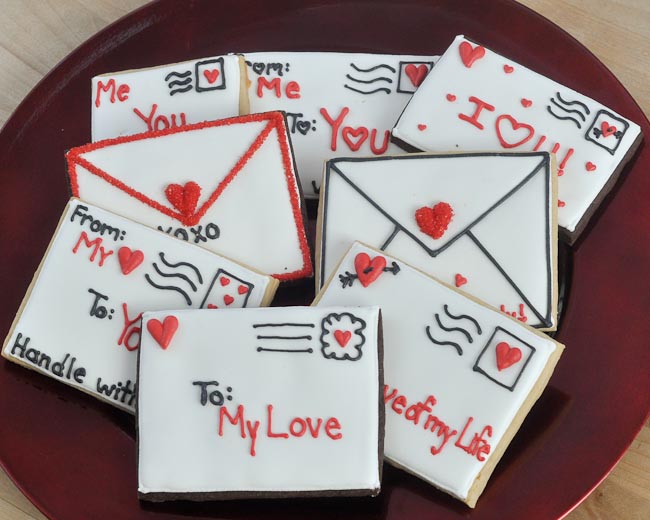 Valentine's Day is a wonderful excuse for eating cookies. There are several ways to go with a cookies gift. One is sugar cookies rolled out and cut in the shape of individual letters from the alphabet, accompanied with a book full of wordplay, like a Jasper Fforde Thursday Next book or a P. G. Wodehouse novel. Another suitable book is Mark Dunn's Ella Minnow Pea, in which letters are outlawed by the superstitious governing council—and disappear from the book accordingly—as they drop off a pangram (i.e., "The quick brown fox jumped over the lazy dog") creator's statue.

An alternative to individual-letter cookies are cookies cut and decorated like addressed envelopes. Give these with a book that features a poison pen, such as Muriel Spark's A Far Cry from Kensington, Agatha Christie's The Moving Finger, Dorothy L. Sayers's Gaudy Night or Carter Dickson's Night at the Mocking Widow. Other great books with these envelope cookies would be Jenny Offill's Dept. of Speculation (Knopf, 2014), a portrait of marriage as seen in love letters between "the wife" and her husband while they were dating; and Helene Hanff's 84, Charing Cross Road, which contains correspondence between an American and Marks & Co. booksellers.

Of course, you can also write some heartfelt letters of your own and accompany them with any delicious cookies for Valentine's Day.

It's one thing to hold a book with one hand while shoveling soup into the mouth with the other; it's another thing to struggle to read while eating food that requires two hands, like a burrito the size of Rhode Island from Chili Peppers. This Page Boy bookholder is a nifty little gadget that frees up both hands. A good companion gift is a thriller such as Drew Chapman's The Ascendant (Simon & Schuster, 2014), with numbers savant Garrett Reilly trying like mad to save the world while the US and China wage surreptitious war against each other; or Pierre Lemaitre's Alex (translated from the French by Frank Wynne, Quercus/MacLehose, 2013), in which Police Commandant Camille Verhoeven races against a ticking clock to save a kidnapped woman. Gift wrap the book and Page Boy in a large, colorful cloth napkin. Any of us who've suddenly experienced a sense of unreality while walking down a familiar street, or awakened in the middle of the night, not knowing who or where we are, would enjoy Familiar, a slim book by J. Robert Lennon, published in 2012, by Graywolf Press. When we meet Elisa Brown, she's in her car, returning to New York from her annual pilgrimage to Wisconsin, where she's visited the grave of her 15-year-old son, Silas. Suddenly, she and her car have morphed into something different. Elisa has fallen into a sort of parallel universe where she is—and isn't—herself, and others are both familiar and unfamiliar, too. With this book, give what Elisa could have used: a beautiful little mirror or a cup for a jolt of caffeine. Cuddle up the cup in a little sweater, and include some scrumptious biscotti for dunking. 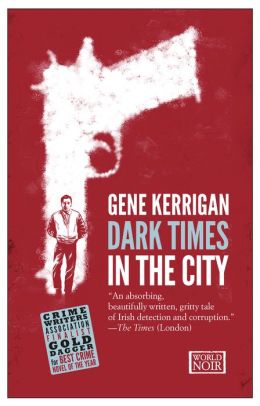 A tin of unusual tea or cocoa, a bag of great coffee beans, or a bottle of Irish whiskey makes a good Valentine's Day gift. For a hardboiled fiction fan, add Gene Kerrigan's Dark Times in the City (Europa Editions/Penguin Group (USA), 2013), the story of Danny Callaghan, who falls afoul of a vicious drug gang after he saves the life of a petty criminal in a Dublin pub. Irish writer Gene Kerrigan's crime fiction is of the don't-miss variety; another choice is his 2012 book, The Rage; see my review here. 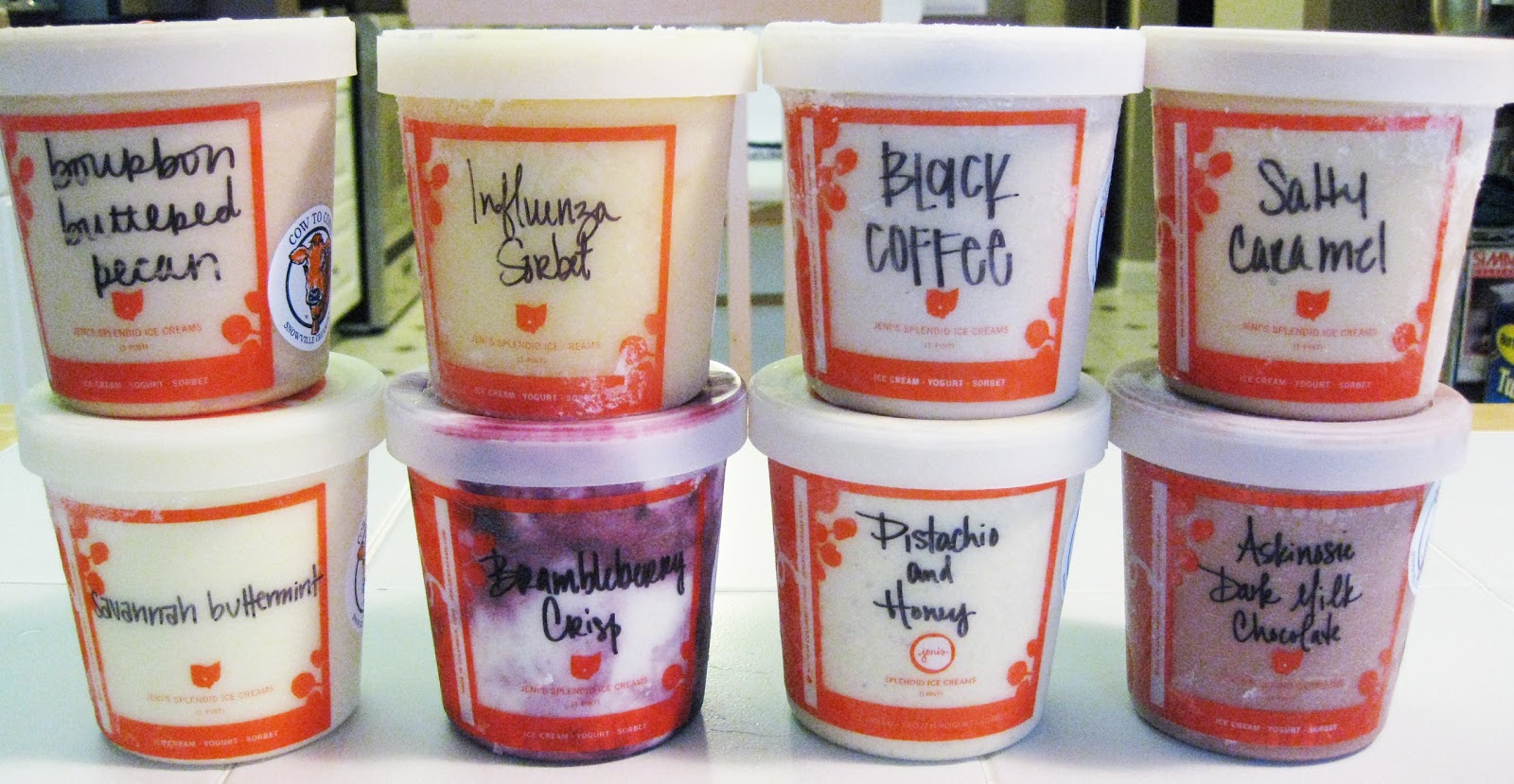 True lovers of ice cream recognize no season as inappropriate. If your favorite reader pines for pear Riesling sorbet or some other icy concoction, and you can't come up with a fantastic pint locally, there's mail order, but it's pricey. A good bet is Jeni's Splendid Ice Creams (at some other time, we will delve into ice cream in mind-numbing detail; I come from a long line of ice cream fanatics). To go with it, Ivy Pochoda's Visitation Street (Ecco/Dennis Lehane, 2013). The Brooklyn, New York, neighborhood of Red Hook is the main character in this story of what happens after 15-year-old best friends Val and June take an inflatable raft out on the water one summer night, and only one of them returns. Like books by Richard Price, it examines the neighborhood and family left behind.

We'd love to hear what you plan to give or what you'd love to receive on Valentine's Day.
Posted by Georgette Spelvin at 4:00 AM