Ooh la la, translations of wonderful French books are popping up more and more and, as Sister Mary pointed out on Monday, they can't be published quickly enough! I can't even recall when or how it was that I recently sighted a series and author that piqued my interest. The author is ex-school teacher Daniel Pennac. When I checked him out and found that he was born in Casablanca, traveled extensively and had varied careers from cab driver to woodcutter, I was hooked. It took me a while to get a copy of his first book, The Scapegoat. On Amazon US, it costs a fortune ($83 new, $33 used!) but I finally prevailed. I am very glad I did.

It’s not that you won or lost-
But where you placed the blame
Misquote of Henry Grant, sportswriter

Benjamin Malaussène works at a retail giant emporium known as The Store. His official title is Quality Controller, but his daily grind consists of taking the flack for everything that goes wrong with any item purchased at the store. He has turned his work into the fine art of convincing irate customers that no matter how bad an experience a shopper may have had with their faulty purchases, there is always someone suffering even more. Usually, this is Benjamin himself and the disgruntled complainers often leave apologizing for any inconvenience they may have caused.

Although Benjamin detests his competence as official scapegoat, he needs the job because he is taking care of four of his siblings left behind by their fly-by-night mother, each of whom has very endearing qualities. But, while at work, he has had the misfortune of being close to where several apparent terrorist bombs have detonated, causing minimal damage but killing a series of old people who are an assortment of World War II survivors.

It is not long before the fickle finger of fate seems to be pointed directly at Benjamin, since he was in close proximity to all the explosions. However, there are other things of more importance on Benjamin's mind, since he and Julie, an investigative reporter, have begun to dig up an even deeper mystery that might be more sordid and foul than anyone expects.

The Scapegoat (translated from the French by Ian Monk, Harvill Press, 1998) is the first of Daniel Pennac's Belleville Quartet, written around Benjamin Malaussène, the professional scapegoat. It takes place in a neighborhood in Paris that was once a working-class district. Today, Belleville is a colorful, multi-ethnic neighborhood that has not changed a great deal because Belleville was ignored, perhaps spared, during much of the architectural modernization efforts of the 60s and 70s. Belleville is as much a character in Pennac's stories as are the unusual personalities who populate his quartet. Pennac wrote these books in the late 1980s and it was a decade later that they were translated and published in the UK. 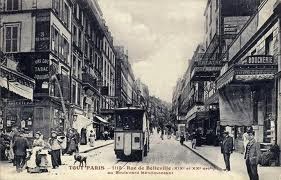 These books have acquired somewhat of a cult status in Europe. They seem to be surfacing so much later in the US perhaps because, as some critics suggest, Americans don't appreciate the very British tenor of the translations. I had no problems with them.

The strength of this first book lies more with Pennac's fantastic imagination than with the mystery. The plot and the conclusion are good, but most of the fun is in what happens around them. And this book is fun. Pennac is a master at wordplay and I always appreciate that. 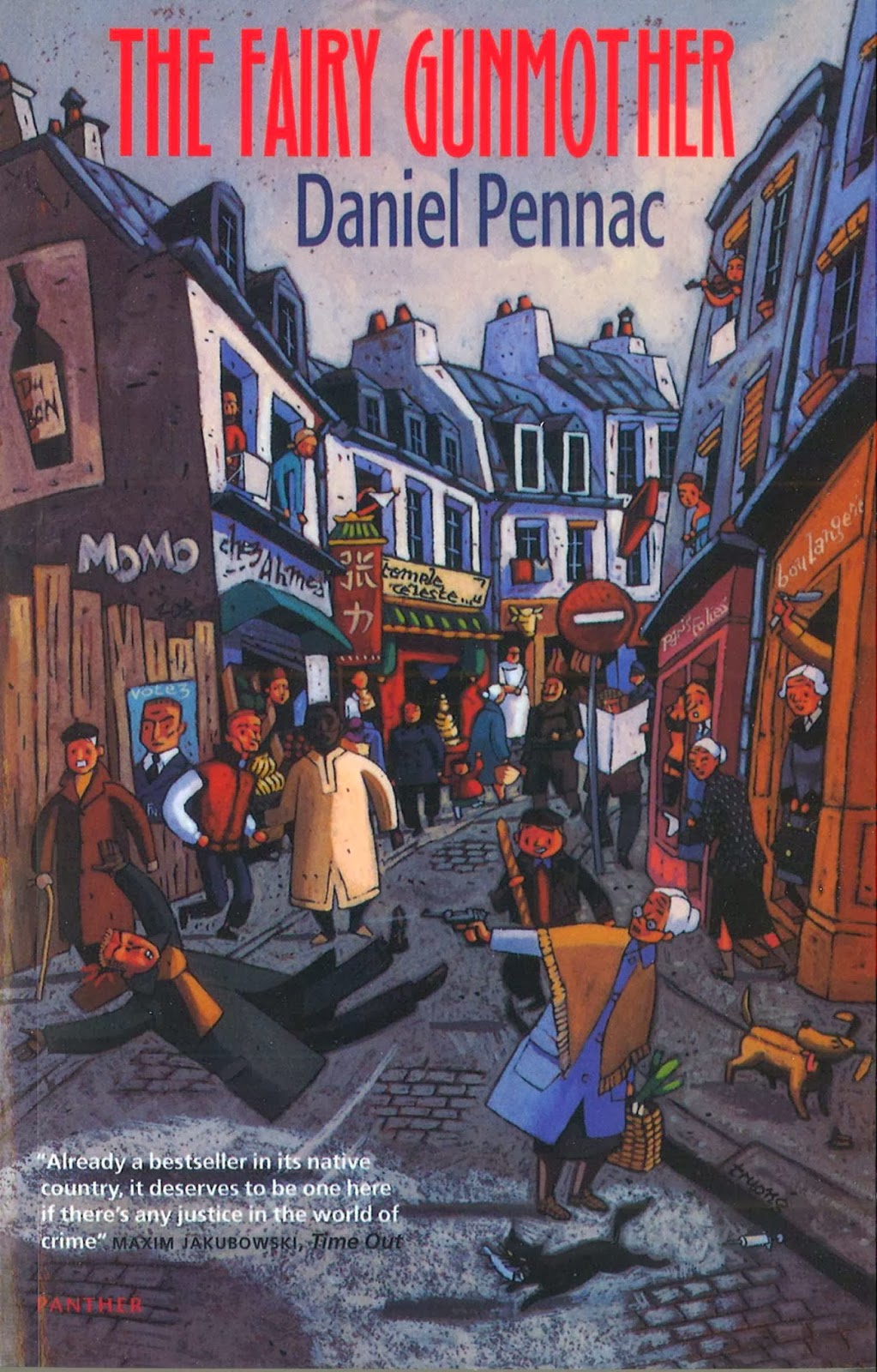 Breathes there the man, with soul so dead,
Who never to himself hath said,
Somehow this is all going to be my fault.
Misquote from Sir Walter Scott

In the next of the series, The Fairy Gunmother, Benjamin is now working in the capacity of official Literary Director (unofficial scapegoat) for Vendetta Press. He has taken a prolonged leave of absence because there have been changes in his life, as well as in Belleville. The neighborhood is in an uproar because more than a half-dozen elderly grannies have been found with their wrinkled throats slit. And then, on a cold winter's night when police Inspector Vanini is hanging out on a street corner looking for suspicious anti-ancients, he spies an elderly lady beginning to slip on a sheet of black ice:

Then the old dear's shawl suddenly spread out, like a bat taking off, and everything came to a standstill. She'd lost her balance. Then she got it back again. The disappointed blond [Vanini] cursed between his teeth. Watching people fall flat on their faces always made him laugh. That was one of the nasty things about this blond head. Though it looked as neat and clean as can be from the outside, with its dense, evenly barbered crewcut. But its owner didn't like oldsters much. He found them a bit disgusting. 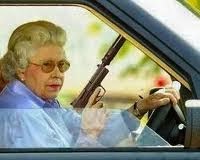 But then the tables are turned and the old lady, suspecting a mugging as Vanini crept up on her, turned and fired on him point blank. She was a dead shot. Of course, there are no witnesses––or at least ones who will talk––so the situation in the streets becomes very tense. It seems that the grannies are arming themselves.

Into this edgy situation, along with a generous helping of suspects, full-fledged criminals, and heavy-handed cops, stumble Benjamin Malaussène and his journalist love, Julie. Julie has been working on a case involving a new spate of drug addictions. This time, the victims are all among the wrinklies. They are ideal targets for the dealers, because they are the most vulnerable. They are weak, feeble, tired, sick, lonely and, many times, alone. Add to this, they have some money from their pensions. 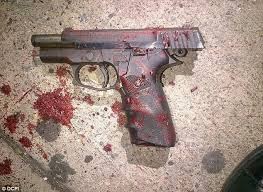 Julie has been rescuing some of these desperate oldsters and is hiding them at the Malaussène home because she fears they are in danger. Benjamin and his family of siblings and epileptic dog incorporate four old men as grandfathers and are nursing them back to health. Julie herself has not been seen for a while. She is hunting for the evil that lurks in the hearts of some powerful men, and Benjamin fears for her safety. The problem is Benjamin himself seems to be in the police's spotlight as an ideal murderer and drug dealer. Is he a saint or a sinner?

This story is filled with fascinating characters into whom Pennac breathes the spark of life. There is the Pastor, who is a policeman who can get anyone to confess his crimes with his secret technique. And there is Widow Ho, an elderly Vietnamese woman who tries and tries to get attacked and robbed, but she has more protectors that she can count. She is a lot more than any one thinks she is.

Benjamin's siblings are also fleshed out and seem very real. The underlying themes of renovation of aging neighborhoods, racism and the care of the elderly play a role in the plot, and while there are many episodes of absurdity, the story's message is deadly serious.

The story meanders a bit after the exciting beginning, but then my imagination was captured and I was on the edge of my seat for a very suspenseful dénouement. Nonetheless, I found a great deal of humor in the book which is always a plus.

Third in the series is Write to Kill, which I hope to read as soon as the postman can bring it. There are not any Pennac books in my local library. I hope this omission will be rectified.
Posted by Maltese Condor at 4:00 AM