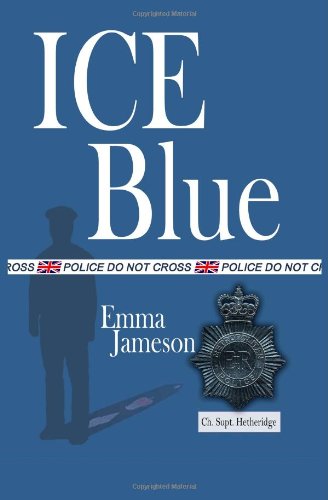 Lady Jane Digby's Ghost's post last week and the ensuing lively discussion about series got me thinking about a few I have enjoyed from emerging authors. Some are still a little rough-edged, and several are still available only as ebooks, but all have some unusual elements, characters, or settings that have caught my fancy and kept me watching for sequels. Several of the most amusing feature detectives with very strange partners.


"Anthony Hetheridge, ninth Baron of Wellegrave, Chief Superintendent of Scotland Yard, never married, no children, no pets, no hobbies, and not even an interesting vice, would turn sixty in three weeks."

What a crashing bore, right? Well yes, but CS Hetheridge's life is about to shift dramatically off course in Ice Blue, the first in Emma Jameson's Lord Hetheridge series. The dignified Hetheridge arrives at New Scotland Yard one morning to find a pair of his officers engaged in a very public, very vulgar shouting match. Newly promoted Superintendent Vic Jackson and Detective Sergeant Kate Wakefield are putting on quite a show. Apparently Jackson had, er, invited Wakefield, his DS, to celebrate his promotion in ways she found offensive. Since she had declined, she must certainly be a "dyke" and he had so announced at the top of his lungs in the lobby. Hetheridge asks both for written explanations of the situation. Jackson's consists of a diatribe and insistence on firing the insubordinate Kate. Hers, left on Hetheridge's desk at the end of the day, consists of one word. Largely to protect her from Jackson's vengeance, Hetheridge takes her into his already strange unit.

All of the major characters in this short romantic procedural are vivid and amusing, as is Hetheridge's eye-opening introduction to Kate's rackety East End circumstances and language. Despite her temper and disrespect for authority, Kate turns out to be quite a good detective, and the sparks they strike off each other throughout this messy investigation kept me laughing. If you can handle some mildly crude language (funny how British vulgarity is less offensive than its American counterpart, isn't it?), Ice Blue is well worth a look. 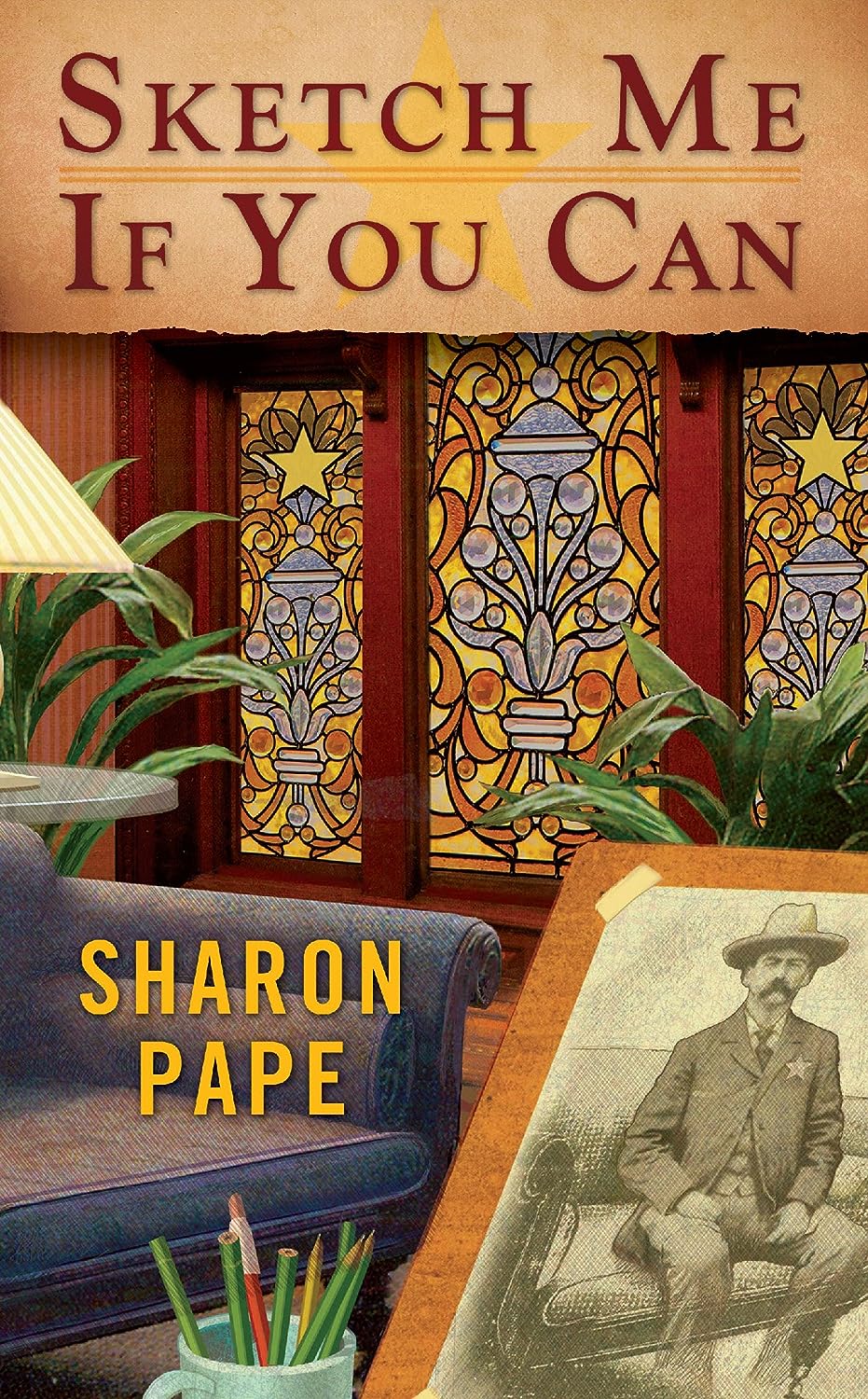 There are several current mystery series featuring ghosts, but Marshall Ezekiel Drummond in Sharon Pape's Sketch Me If You Can is a real character. He had tracked a serial rapist and murderer of young girls from the far west to a town on Long Island in New York in 1879. He caught up with Shane just as he was about to rape another young girl. As Zeke held his gun on the rapist, someone shot him (Zeke) in the back, killing him instantly. Zeke has no idea who, but doesn't plan on "moving on" anywhere until he finds out who and why. PI Max was helping him with this and Zeke, in return, helped Max with his cases.Only problem is, Zeke can't leave the house where he died––the house the unsuspecting Rory is about to move into.

Rory McCain is a police detective and sketch artist. When her beloved Uncle Max dies––apparently of a heart attack––he leaves her both his prosperous PI business and his charming Victorian house. He also leaves her a sealed letter that she forgets about in the confusion.

She at first decides to close his business, notifying clients and returning their deposits. One client, however, won't accept that; he wants her to continue Uncle Max's investigation into the death of his sister, Gail. The police ruled the death accidental, but Jeremy doesn't believe it. Rory, having a hard time believing that her uncle had a massive fatal heart attack, takes on the case. As a police officer, she can't accept payment, but will look into both Gail's death and Uncle Max's as she can. That night, Zeke introduces himself to her, offering her the same terms. The contrast between the stubborn, sexist Zeke and the very contemporary Rory makes for a lively and funny story. The mystery element of this could have been stronger––I figured it out before Rory did––but the mystery of who killed Zeke remains unsolved. 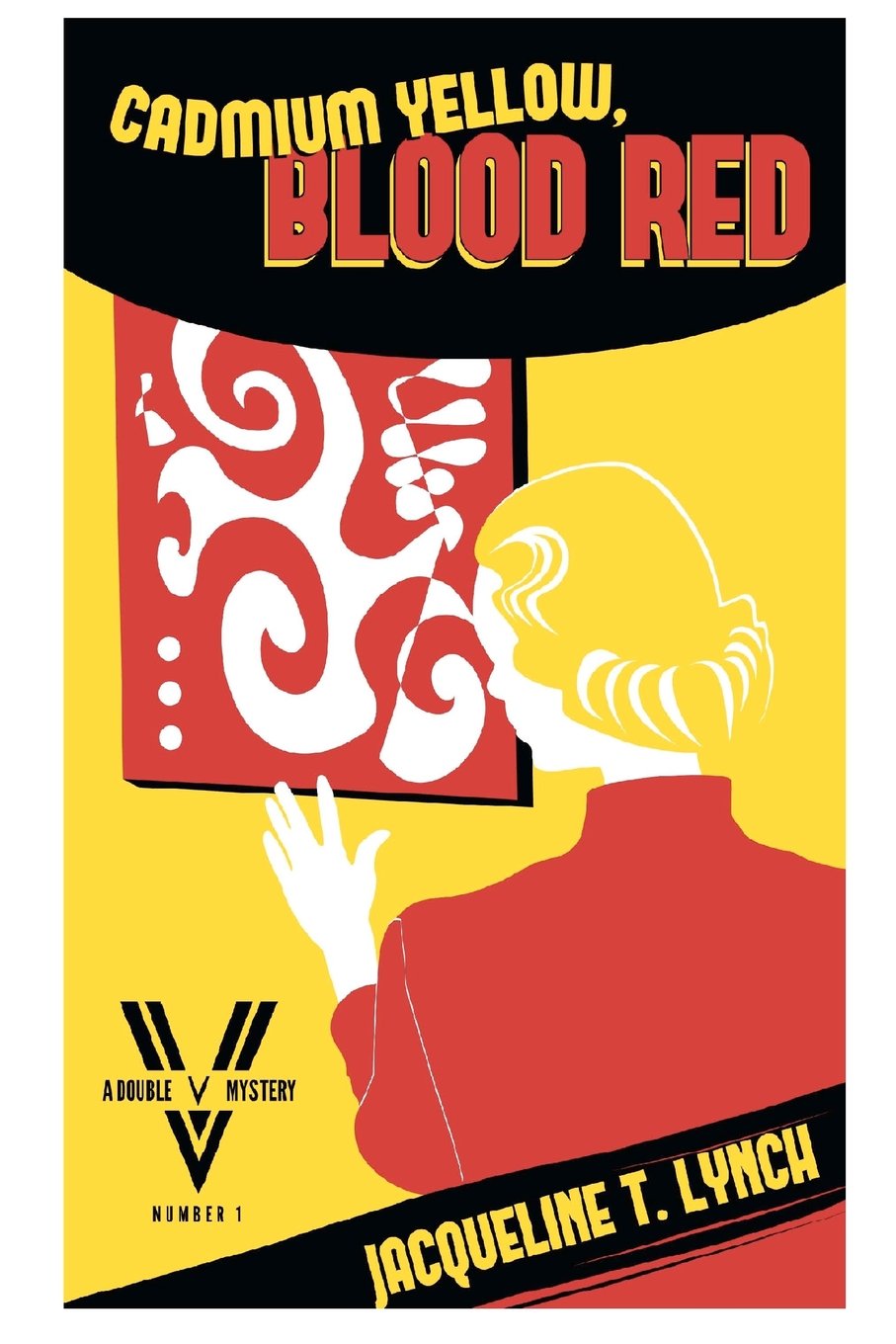 Juliet Van Allen is having a very bad day in Jacqueline T. Lynch's Cadmium Yellow, Blood Red. Associate Director of Marketing at a prestigious museum in Hartford, Juliet has it all; a wealthy and prestigious family, a great job, and a handsome talented husband, artist Kurt McLeod. She leaves work early on this beautiful spring day in 1949 to spend some quality time with her husband. She finds Kurt at home, but he is not alone, and the naked woman on the living room floor is not buying a painting. Kurt and the woman are so engrossed in each other that they never hear her as she flees the house.

Needing time to think, she goes back to her office. She is still sitting at her desk hours later, staring blankly into space, and never hears the panel above her head being moved. The pair of legs swinging down in front of her, though, she notices. The legs belong to Elmer Vartanian, recently released from prison. He was trying to go straight, but a group of thieves had taken and hidden his daughter. They will not tell him where she is unless he uses his Houdini-like skills to find them a way into the museum, which houses a priceless exhibit of Aztec gold. Elmer persuades Juliet that it is his intention to report the intended heist to the police, as soon as he learns the whereabouts of his daughter. Even better, he will tell her, and she can report it. The bemused Julia agrees, and they walk out together, wishing the guard at the door a goodnight. When she arrives home, she finds Kurt lying in a pool of blood, bludgeoned to death. When the coroner examines the body, she realizes that Elmer is her only alibi. There are three mysteries so far in the series featuring this most unlikely duo, and I am looking forward to watching this unlikely relationship develop.

So don't despair, series lovers. As favorite characters and settings go stale, peter out, or are abandoned by their authors, new ones are constantly bubbling up to fill the void.
Posted by Periphera at 4:00 AM