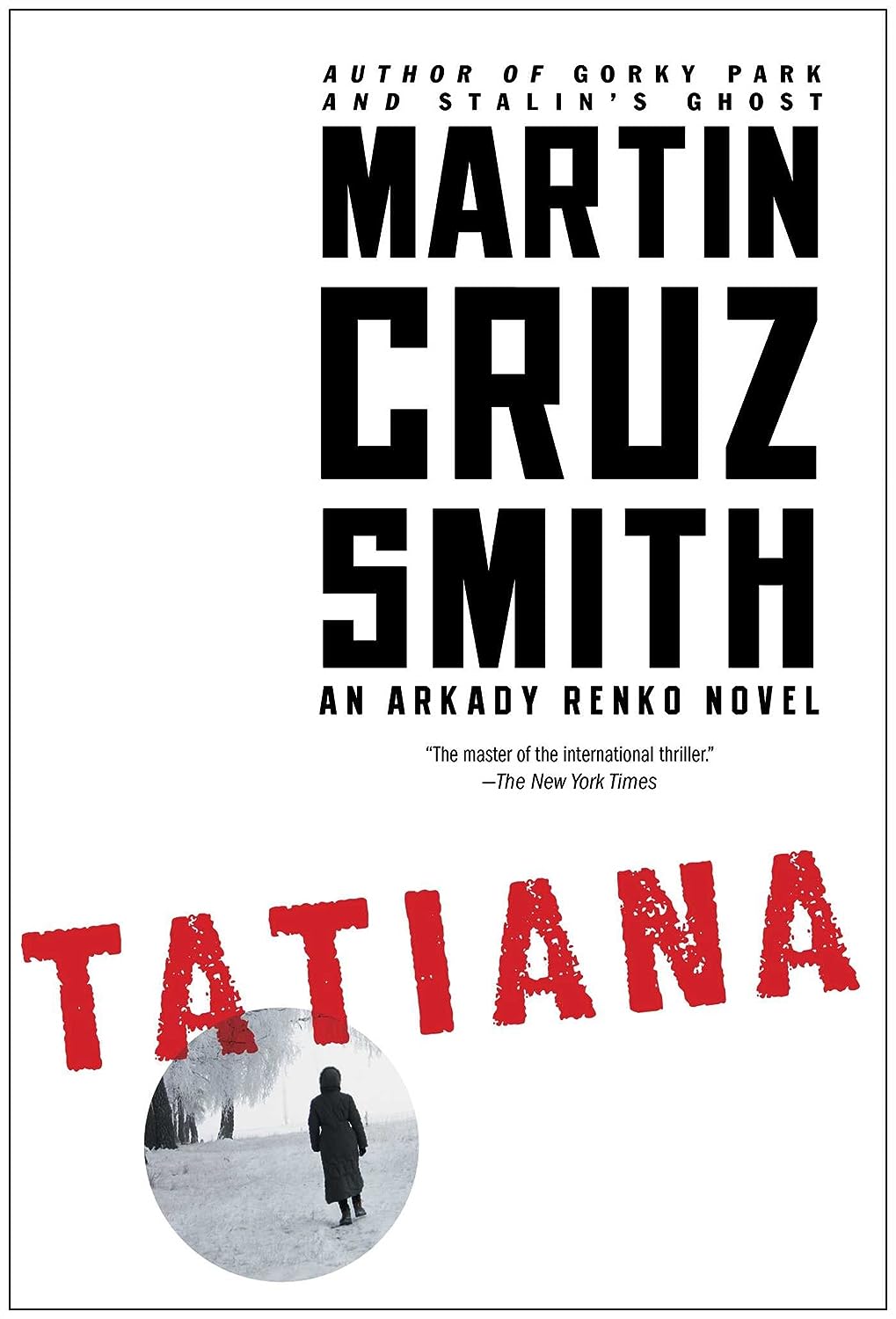 In September 2009, the Committee to Protect Journalists reported that Russia was one of the most deadly countries in which to be a journalist, and that their murders are rarely solved. Hundreds of journalists have been murdered or disappeared, the majority of whom were critical of the Russian ruling hierarchy.

In 2006, after filing stories critical of Vladimir Putin and the handling of the crisis in Chechnya, correspondent Anna Politkovskaya was killed in the elevator of her apartment building, shot four times at point-blank range. Her murder has not been solved.

Martin Cruz Smith's Tatiana (Simon & Schuster, 2013) is inspired by Anna Politkovskaya's story. Investigator Arkady Renko is supposed to be trying to figure out where journalist Tatiana Petrovna's corpse has gone after its morgue disappearance, but that's just the back door to his investigating her supposed suicide. The official story is that she jumped off the balcony of her apartment in a near-empty building that corrupt developers want to knock down for a shopping mall.

The developers were hardly the only ones to want Tatiana out of the way. Her reporting from Chechnya fearlessly fingered the Russian government. Arkady also discovers some mysterious connections to the Baltic seaport city of Kaliningrad, a sort of Wild East town where gangsters run rampant. How might Tatiana's death be connected to the murder of a translator who had been working in Kaliningrad?

As he investigates, Arkady listens to Tatiana's dictation tapes and, in a story a little reminiscent of Vera Caspary's Laura, the detective falls in love with the victim whose death he is investigating. At the same time, Arkady has the frustrating tasks of trying to prevent his ward, chess genius Zhenya, from interfering in Arkady's investigation and, worse yet, enlisting in the army.

Russian corruption is a common theme in a lot of novels, and I often get the feeling that some writers are a bit contemptuous and dismissive of the Russians. They seem to have an attitude that the Russians are less civilized and moral than westerners and that's why they have so many problems with organized crime and corrupt and repressive government. I never get that feeling with Martin Cruz Smith's Arkady Renko series, which is now up to eight novels in 32 years. He makes what is happening in Russia real and relevant; not something that we can dismiss and distance ourselves from.

I'm glad Smith doesn't just crank out another entry in the series every year, but takes his time and puts together a story that is both well-imagined and -constructed. As a mystery and as a heartfelt tribute to Anna Politkovskaya––who lived a full and meaningful life, and never gave up the fight, despite being in constant danger––Tatiana makes rewarding reading. This isn't a book I'll soon forget. Readers who are not familiar with the series can read this book without reading the predecessors first, but will be slightly disadvantaged by not knowing the backgrounds of some of the characters in Arkady's life.

Note: I received a free review copy of Tatiana. Versions of this review may appear on Amazon, goodreads and other review sites under my usernames there.
Posted by Sister Mary Murderous at 4:00 AM