I hope you enjoyed your Christmas Day, whether it included church or Chinese food. Around here, it was deeply religious––we watched the NFL Game Rewind marathon on NFL Network.

I did put it on pause long enough to open presents, enjoy a delicious dinner (prepared mostly by my husband, though I made dessert and was in charge of monitoring the new temperature probe in the roast), and take a couple of walks. I stayed seasonal on my walk, listening to Georgette Heyer's Envious Casca, her second Inspector Hemingway mystery, which has a Christmas theme. 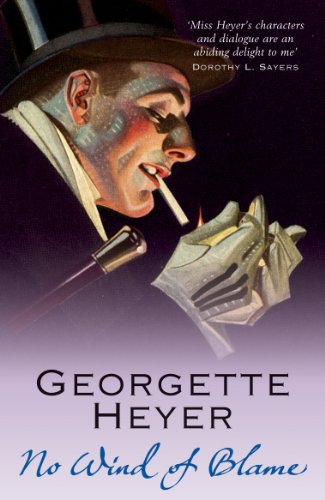 Audible has been insisting for months that I'd like Georgette Heyer's mysteries, but I resisted until last week. I'd never read her stuff before, but I thought of her as a romance writer and I didn't feel like reading some goopy thing. In a weak moment, probably brought on by shopping fatigue and seeing way too many commercials for jewelry and luxury cars with giant bows on them, I tried out Heyer's first Hemingway mystery, No Wind of Blame. It was a hoot!

I had no idea Heyer was so slyly clever. I figured out the whodunnit right away, but it was still a pleasure to listen to because of the amusing characters and writing. Inspector Hemingway is a talented young detective who pats himself on the back a lot, but his pool of suspects include a couple of women so batty and histrionic that he almost despairs. In for a penny, in for a pound, I thought, and cued up the second book right away. Envious Casca is a country house mystery in which the rich and extremely grouchy Nathaniel Herriard is persuaded by his jolly brother, Joseph, to host a party of his business partner and his relatives and their wives/fiancées/associates over Christmas. Nathaniel is a real Grinch, but anyone would be with this crew on hand. Nearly everybody wants something from Nathaniel; specifically, a big wad of cash, and they are unendingly rude and cutting to each other as they maneuver. Since Nathaniel is a Grinch, though, all their machinations are for naught. When Nathaniel is found murdered on the floor––in his locked bedroom!––it looks like one of these greedy guests might have decided to go to Plan B.

So today is Boxing Day. There seem to be different stories about the derivation of the name and the holiday, which is celebrated in the UK and some of its former colonies. The most common story is that servants were traditionally given a box of food and gifts from their masters on the day after Christmas, since they would all have been required to work on Christmas Day. In honor of Boxing Day, then, I suppose you could read a book involving English country house servants, like Jo Baker's Longbourn, which reimagines Pride and Prejudice from the point of views of the servants.

The only mystery book I know of that is specifically a Boxing Day tale is the Golden Age classic, Nicholas Blake's Thou Shell of Death. You probably already know that Nicholas Blake was the pseudonym of Cecil Day-Lewis, who was Britain's Poet Laureate and the father of noted actor Daniel Day-Lewis. As Nicholas Blake, he wrote a cracking good series of 16 mysteries featuring amateur detective Nigel Strangeways.

Thou Shell of Death is the second Strangeways mystery, and the one in which he meets Georgia Cavendish, the woman who will become his wife. But it's notable for more than that. This is a fiendishly clever story and well worth reading at any time of year. The setup is that World War I flying ace Fergus O'Brian has received a series of poison-pen letters saying he will be killed on Boxing Day. O'Brian decides to host a house party and invite Strangeways and everyone he thinks might have written the letters. Despite Strangeways' presence, O'Brian is killed in a way that suggests suicide. Strangeways must persuade the police to investigate it as a murder and then do all the legwork necessary to prove their theories to be completely wrong.

In the US, Boxing Day isn't celebrated by name, but boxes are involved, as in returning Christmas boxed gifts to the store, in exchange for something more pleasing. I will be taking one box to the UPS store, because my gift of Watching the English (which I mentioned last Friday) arrived with what looked like a reindeer bite out of 20 pages.

If you received an ugly Christmas sweater as one of your gifts, my advice is to keep it. The Ugly Christmas Sweater Party seemed to be everywhere this year, and I'm willing to lay odds this will be a phenomenon for at least one more season. This year, the stores––even Goodwill––were charging a premium for particularly egregious examples. So you'll be ahead of the game if you can just pull yours out from the back of your bureau drawer next year. 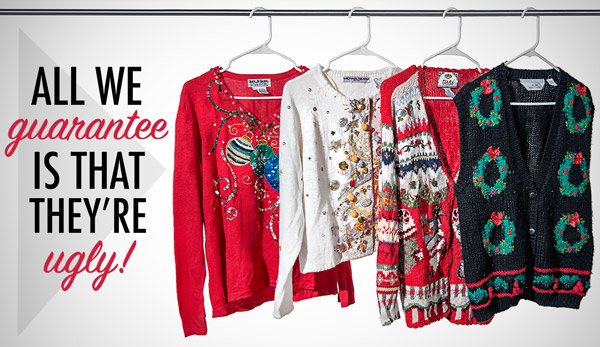