What if You Just Can't Wait

So for the past several weeks we have been tempting and tantalizing readers with exciting new books soon to be published. These will be on the market shelves soon.

But it's a little bit like having a package sitting under the tree with a tag warning not to be opened until Christmas. What if we need something to read now? My way of coping includes a little pile of seasonal reads that are just the thing to put me into a festive spirit.

There are a few things that you can enjoy throughout the holiday season that help make up for the hustle of the holiday preparations and cut off the feelings of bah humbug that can creep up on the over-stressed. 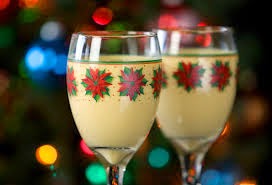 One of my favorite––but slightly guilty––pleasures is eggnog. Every year, we wait for our favorite dairy to put out their version of smooth, creamy, sweet frothy goodness. This may not be on your diet, but there is a literary substitute and that is the heart-warming holiday stories written by Debbie Macomber. Macomber is an extremely prolific New York Times best-selling author whose novels embrace the best things in life: home, family, community and friendship laced with a soupçon of romance. 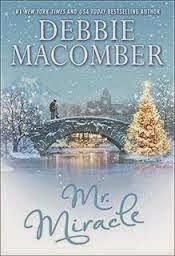 This year's offerings include Mr. Miracle. It's about an impractical relationship. Intrepid, headstrong Addie Folsom left home to follow a rainbow to a pot of gold in Montana. Like most pots of this sort, it was a mirage and Addie struggled to make a living without letting anyone at home realize how bad things had gotten.

When her father died, she thought she would come back to Tacoma, Washington to spend Christmas with her mom and to restart her college education. Like many plans, this one goes awry and fate has a double whammy in mind for Addie. Not only is her mother going on a longed-for cruise, but her next-door neighbor, Erich, has been in an accident that has broken both his arms––and some of his spirit. This is a disaster in many ways; I know someone this happened to.

As it happened, Erich had been a pest of a boy with a slightly malicious streak, and Addie would have rather have dealt him a backhand than lent him one. Now he is merely a curmudgeon who feels that Scrooge got a bum rap. But Addie has an angel on her side.

Voilá, all the ingredients for a heart-warming tale of the kind Macomber excels at. I have enjoyed her books in the past but my take on this one is––bah, humbug.

Maybe you like your eggnog with a jolt. Consider breaking out one of Anne Perry's annual Christmas treats. She includes betrayal, greed and murder with the warming of the cockles in the heart. This year, her tale takes place in a New York City that is still young, sparkling and full of life in 1904, but also still hiding menace around the corners. In A New York Christmas, Thomas Pitt's daughter, Jemima, is traveling with a friend across the north Atlantic. Her friend, Delphinia, is getting married in NYC to a scion of a fabulously rich and aristocratic family.

The snake in this particular garden is a Delphinia's mother, Maria, who mysteriously disappeared many years ago. For some very obscure reason, the family expects Maria to jump up like a jack-in-the-box and ruin the festivities. We have to leave it to Jemima with the help of a handsome New York cop to make things calm and bright.

Both of these writers have produced scads of these holiday stories, so if in either case one is not enough, there's plenty of backup to get you in the mood. 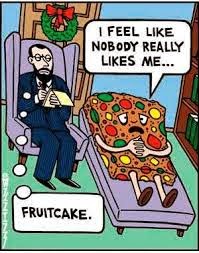 Fruitcake is another favorite that is mostly seen at this time of year. It is loved, hated or ignored and put aside until it hardens into a grand doorstop. I do get a kick out of those recipes calling for the freshest of ingredients. Is there such a thing as fresh dried and candied fruit? One important feature of all fruitcakes is the variety of textures and flavors.

The best literary comparison to this culinary extravaganza is Otto Penzler's collections of mystery stories. Penzler, who looks a little like Santa himself, is the proprietor of The Mysterious Bookshop in New York City, and each year for about 17 years, Penzler asked leading crime writers to pen an original Christmas story. These stories were reproduced in pamphlet form and given to the customers of the bookstore as a Christmas present. The stories were collected in Christmas at the Mysterious Bookshop. 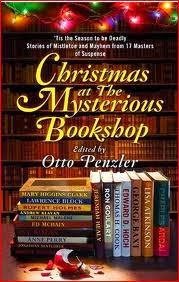 Some of the authors included are Lisa Atkinson, Lawrence Block, Mary Higgins Clark, and Ed McBain. The stories range from humorous to pure detection, and the anthology covers all aspects of the festive season. There are unscrupulous Santas, poisonous puddings, and deadly deeds, which combine to make luscious yuletide terror––just like fruitcake. I admit I really loved my mom's fruitcake, which was highly anticipated every year. That could have been because it had been doused in Cognac for weeks.

Penzler has a second collection that includes 60 of his all-time favorite Christmas crime stories. There are mysteries from Arthur Conan Doyle, Robert Louis Stevenson and Thomas Hardy, written long ago, and some written a century later by modern writers like Sara Paretsky. It is The Big Book of Christmas Mysteries. These are keeper books and they join Naughty: Nine Tales of Christmas Crime by Steve Hockensmith, in my Christmas reading basket year after year. 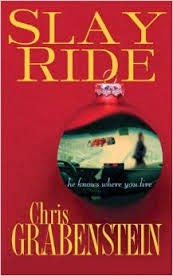 I have never had the opportunity to skim along the snow on a sleigh ride. The closest thing I ever came to it was in Chris Grabenstein's Slay Ride. It's about a young man, Scott Wilkinson, who hops into a car-service Lincoln expecting an enjoyable dash through the snow. But, in minutes, he's far from laughing, because his chauffeur drives like a maniac with menace on his mind. Scott gets home safely, but he opens Pandora's box when he decides to complain. He has no idea what events he has just set in motion because of his bell ringing. This story introduced Christopher Miller, aka "Saint Chris," an FBI legend, and he returns in another ride from Grabenstein in Hell for the Holidays. 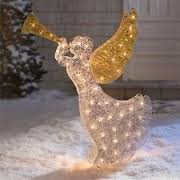 Lastly, references to angels pop up a lot at this time of year. "Every time a bell rings an angel gets his wings" is how that memorable Christmas film It's a Wonderful Life ends. To get another perspective on angels you should try Christopher Moore's The Stupidest Angel. None other than the archangel Raziel has come to earth seeking a small child who needs a wish granted. 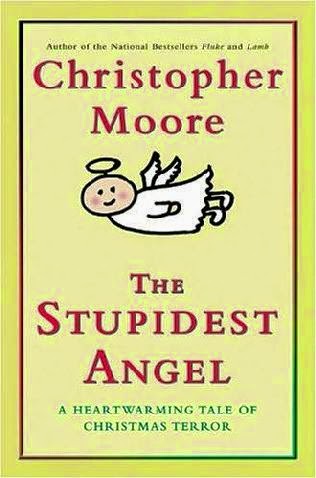 Little Joshua Barker desperately needs a holiday miracle. It's not that that he dying of cancer, or that he has a miserable life or even that he has lost his dog. It's worse. He had seen someone whack Santa Claus with a shovel and his wish is that Santa come back from the dead.

Raziel has lost his touch in the good works department, and before he's done, he has caused more than enough Christmas chaos and hilarity. This might be hard to forgive. Will he lose his wings? I was laughing enough that I had to dry my eyes to find out.

Many of my favorite authors have books that take place in December and occasionally incorporate the seasonal holidays. The best lists around of Christmas crime literature can be found on the blog Mystery Fanfare starting here: Christmas mysteries: Authors A-D 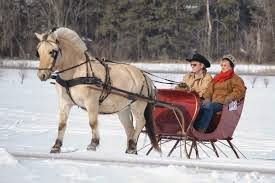