Recently I came across an interesting book entitled Booze and the Private Eye: Alcohol in the Hard-Boiled Novel by Rita Elizabeth Rippetoe. It did bring to mind some long-ago images that were almost constant: strong-jawed silent PIs who were pretty stoic, kept their emotions to themselves and sought their solace in a bottle. These were men like Philip Marlowe, Mike Hammer and Mike Shayne. Similarly tough policemen might spend their evenings in bars, since for most of these men family life had gone by the wayside. I don't recall the term "alcoholic" ever being used. Not even "drunk" very often, but I read those books so very long ago. 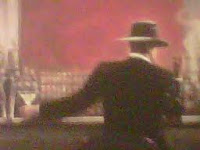 An essay by Stephen Budiansky in The Atlantic Monthly humorously compares the tough guys of the past with the modern detective who seemingly frets more about sissy stuff like high blood pressure. He points out that for Phillip Marlowe deep relaxation meant being knocked over the head with a tire iron and going to la-la land for a while and having a health problem might have meant being sapped with a blackjack, beaten with a gun, shackled to a bed post and shot up with heroin. In Strip Jack, John Rebus took a hot bath for deep relaxation for self-help. But here I must stand up for Ian Rankin's Rebus. What he went through in his SAS training was as bad as anything anyone went through–just read Knots and Crosses.

There is no doubt that the life of a crime fighter is tough and the pages of crime fiction are populated with protagonists who are described by the Teddy Thompson song "Altered State": 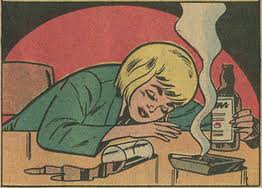 The only question is, are there more detectives on the bottle these days or on the wagon? Some of my favorite sleuths who have alcohol problems are Harry Hole from the Jo Nesbø series, Ian Rankin's John Rebus, Simon Brett's Charles Paris and John Straley's Cecil Younger. In the female line, I like to follow the adventures of Faith Zanetti in stories with titles like Vodka Neat, Double Shot and My Favorite Poison written by Anna Blundy. These titles give a hint about her tippling and I highly recommend the books.

But at the top of my list, because he loves reading as much as he loves drinking is Ken Bruen's Jack Taylor, a PI who starts his day in his pub, which he calls his office, drinking coffee laced with whiskey to help him open his eyes. He makes no apologies for his love of the eau de vie or any other drug he can get his hands on, but he tries every so often to get straight. All of these detectives seem to solve their cases one way or another, no matter how impaired, and live to serve another day.

Very different from these, but likeable all the same, at the bottom of my list is none other than Leslie Thomas's Dangerous Davies: The Last Detective. Davies was given this moniker because he was said to be harmless and he was known by the London police as the "last detective" because he was never sent unless it was a very risky job or there was no one else. He was a drunk, frequently laughed at, often foolish but he never lost hope and always felt that one day he would redeem himself. Among his many shortcomings was that he was never suspicious or cautious and got beaten up on a regular basis. When interviewing a suspect most often he was the one answering all the questions. When he solved a case it was because he drank not despite it.

Much more common in crime fiction these days is the recovering alcoholic and drug addict. Joining these ranks are Lawrence Block's Matt Scudder, James Lee Burke's Dave Robicheaux, Lilian Jackson Braun's Jim Qwilleran, Nevada Barr's Anna Pigeon, J. A. Jance's J. P. "Beau" Beaumont and Rinus de Gier, a creation of Janwillem van de Wetering. This type of character is sometimes more interesting, because he or she is more open about his emotions and is more likely to have a life outside of the job. 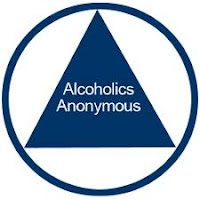 Some of the help for the now-sober has come from AA, some from friends and, for some, a change in lifestyle of a different sort. Van de Wetering described de Gier in ways that resembled himself at times: fashionable, debonair and mustachioed. They both moved to Maine and both cleaned up their life and drinking with the aid of Zen Buddhism. At one point, van de Wetering had stopped writing due to his alcoholism.

Another very famous and successful mystery writer was Raymond Chandler, who was known to have abused alcohol for the duration of his writing career. It has also been theorized that it was alcohol that killed Edgar Allen Poe, although modern theories include many other ideas such as drugs and rabies. Stephen King is quite open about his past in rehab, which was not of the celebrity type.

Rippetoe makes the point that fiction mirrors what society thinks about drink. Well, there is college-aged society, young society, middle-aged society and aged society and fiction aimed at all those groups these days. That leaves quite a bit of leeway. I would be very interested in input from readers with opinions on the subject of the changing role of alcohol or drugs in the lives of detectives and how it impacts their work.
Posted by Maltese Condor at 7:54 PM