My town is so small that we have acquired only two homeless people, both of whom have been with us for many years. Neither is a thief, beggar, or obvious drunk, but both clearly have debilitating mental conditions that can scare newcomers out of their wits at first.
Homeless Guy is a gaunt blond giant whose hypervigilant blue eyes are often fixed on some long-ago hellish event in the jungles of Southeast Asia. He roams the streets throughout the day, avoiding people whenever possible. I once tried to speak to him, but he backed away and glared in such obvious terror that I never dared repeat the attempt. He prefers to sleep around; his nests can be spotted by the creek and behind the library, even though the owner of a local barn keeps it open for him. Winter afternoons he often spends in the library, poring nearsightedly over books on the Vietnam War.

He must trust someone, because bits of his history are generally known and someone sees that he is periodically given the chance to clean up. I was quite relieved last week to see him out of the filthy t-shirt and shorts he had worn for most of the summer and in long pants and a new-looking hooded down coat. He rarely speaks aloud although he often mutters to himself.

Tourette's Lady, on the other hand, is small, plump, black, and very vocal. On the rare occasion that she is not counting aloud (she touches whatever she counts; trees or bushes or fence posts) or carrying on both sides of a heated argument, the squeaking wheels of the ancient overloaded baby stroller that carries her worldly goods announce her arrival. While she always wears many layers of clothing, she usually looks cleaner and better groomed than Homeless Guy, so I suspect she has a regular local haven or caretaker. If interrupted while counting, she screams obscenities at the culprit, so people tend to leave her alone. To my dismay, she significantly broadened my daughter's vocabulary over the years. Residents and police keep a benevolent if slightly wary eye on both of "our" homeless, and leave them otherwise alone.
Mentally wounded, homeless, and stray people make regular appearances in mystery fiction; most often as victims, witnesses, background color, or comic relief. They are bit players; how could such damaged and marginal people possibly be anything else? Fortunately, a few authors beg to differ, and have offered us fascinating glimpses into an underside of society that most of us, it is hoped, will never experience firsthand. 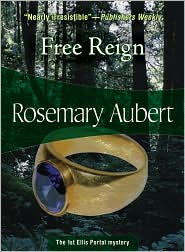 Canadian judge Ellis Portal had risen quite a bit in the world from his beginnings as an immigrant bricklayer's son, but then he had fallen even farther in the opening of Rosemary Aubert's Free Reign.


Living in a packing crate in a Toronto wildlife preserve and tending his vegetable plot, he barely thinks about his wife and now-grown children or the events that brought him here, until the day he turns over the soil to find a freshly severed black hand wearing an ornate ring that he recognizes immediately. It is one of only five identical rings given to a select group of friends upon graduation from law school. With the rings came a solemn pledge that each member of the group would do one favor asked by any of the others, regardless of convenience or consequences.

The rest of the group came from privileged backgrounds: Stow, golden boy and natural leader; Harpur, the only woman, soon to marry Stow; and William and Gleason, a pair of discreet homosexual lovers. Odd-man-out Ellis had danced hopeless attendance on Harpur since childhood, when his father had done work for her family. None of the friends were black, so how came this ring, on this hand, to trouble Ellis's fragile anonymous peace and conscience?
This is the first in a series of five Ellis Portal mysteries, and those potent rings and the pledges they represent wind through the series like the river Don through Ellis's secret retreat. The mysteries are all a little offbeat and the characters memorable, like 'em or loathe 'em. The series is not for adrenaline junkies, but if you enjoy a well-paced read with an unusual and intelligent narrator, Free Reign is worth a look.
In Motherless Brooklyn, author Jonathan Lethem offers up surely one of the most unusual narrators in fiction. Lionel Essrog, the orphaned protagonist, suffers from Tourette's Syndrome, a neurological condition that causes involuntary physical and verbal tics, although his specific case is not at all typical. Lionel frequently can't refrain from touching and counting people or things, or shouting out the sometimes obscene nonsensical phrases that ordinary speech is converted to in his tortured hyperactive mind.
When Frank Minna, hustler and small-time gangster, hires four high-school orphans for his moving business, his unfailing amusement with young Lionel's language tics gives the kid the first positive affirmation in his life. The boys all grow up to become "Minna Men," working for Frank's driver service, which is the front for an unlicensed detective agency which, in turn, is the front for other, less legal, activities. Then Frank is kidnapped and murdered during what should have been a routine surveillance operation, and Lionel, lost and bereaved, is determined to find the killers and exact vengeance.
The rest of the story is presented in a straight narrative style, almost as if the author had exhausted his ability to live in Lionel's mind. While I can sympathize (at certain points in the book it was almost impossible to keep from developing a sympathetic tic, symptomatic di.., er, never mind), the character study of Lionel and his enforced maturing is much more powerful and interesting than the unsurprising solution to the fairly commonplace mystery. I would enjoy meeting Lionel again. 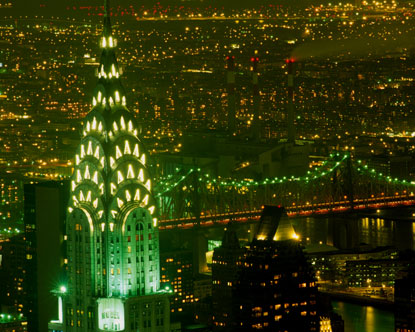 Romulus Ledbetter knows how to avoid the Y Rays that Cornelius Gould Stuyvesant, secret ruler of the world, beams from the top of the Chrysler Building in New York. The rays control how most people think and act, but not Romulus; he is a free man with a cave to himself in a riverside park and a broken television on which he watches the subtle distortions and lies foisted on society by the Y Rays. He stays safe and hidden from Cornelius until the winter night a frozen angel is dumped outside his cave and his friend Matthew, lover of the angelic Scotty, begs for his help in bringing the powerful murderer, whose name Scotty had confided to him, to justice.
In George Dawes Green's stunning The Caveman's Valentine, Romulus, once considered a promising musical genius, had fled from wife, daughter, and a Juilliard scholarship when his blossoming paranoid schizophrenia made normal life intolerable. His daughter Lulu and his very

successful brothers try to stay in touch and get him to accept help. The surprise birthday party they throw for him, complete with wives, children, homemade fried chicken and a birdseed cake in front of his cave provides a Felliniesque touch that had me in stitches.
This well-written first novel works as both a good almost fair-play mystery (Romulus's reality doesn't always jibe with ours, so some scenes are unreliable, and we aren't given a major clue) and a compassionate, darkly humorous study of a brilliant disturbed mind.
In all of these books the authors treat their damaged characters with respect and sensitivity as well as some wonderful dark humor. There is no bathetic hand-wringing or self-pity; the protagonists go about their self-appointed investigations despite and sometimes with the aid of their infirmities, which makes for some pleasant and unusual reading.
Posted by Periphera at 4:00 PM