I read very few books hot off the presses, since I like to keep the best of what I read, so I wait for the trade paperback in most cases. With these, I can store more for future rereading. So my best reads for 2011 include only a rare 2011 publication. I have not separated books into mystery and nonmystery, because great books transcend genre. These are the books that hit the target:

The best I read: Cutting for Stone by Abraham Verghese.

I started 2011 out in a good way when I read this book a year ago. The medical background of the book interested me, but I really was drawn in by the history of Ethiopia and I was even compelled to add to my knowledge of the geography and history of the area. I picked up Evelyn Waugh's Waugh in Abyssinia. I also read Verghese's book The Tennis Partner and highly recommend it.

Every Bitter Thing, by Leighton Gage, was another of my favorites. Mario Silva is at his best in this mystery. The title of the book is taken from the Bible: "To the hungry soul every bitter thing is sweet" (Proverbs 27:7). There are bitter and sweet throughout this book: in the descriptions of Brazil, in the solving of the crime, as well as in the feelings one has when the last phrase is reached.

The book that swept me off my feet: In All My Sad Dreaming by John Caulfield.

This is a mystery set in Cape Town, South Africa, during a violent modern era. Captain James Black is a member of the Police Service and part of the serious violence unit. He is just leaving the hospital after having been there for a considerable time suffering from two gunshot wounds. The story is filled with musical references that go back to the '70s. The prose itself is musical in many ways. There is a tone of foreboding overlying In All My Sad Dreaming that reminds me of Alan Paton.

The best new-to-me series that I began in 2011: Timothy Hallinan's Poke Rafferty series, which begins with A Nail Through the Heart.

This series takes place in Bangkok, Thailand, and introduces us to a fine cast of characters who are making a life that is intended to obliterate all the poverty and evils of their past lives. At the end of the story, I felt I had a nail through my heart.

And coming in second is The Diary of a Wimpy Kid by Jeff Kinney. This book has some subtle, sly digs that perhaps take an adult to appreciate.

The book that best tickled my funny bone was Christopher Moore’s The Stupidest Angel. This book has some broad, sometimes crude, humor but it was laugh-out-loud time for most of the story. The Diary of a Wimpy Kid came in second and I found Simon Brett’s Blotto, Twinks and the Ex-King's Daughter hilarious.

My favorite character was Walt Longmire in the Craig Johnson series. I really looked forward to reading Junkyard Dogs and I was not disappointed.

The book I most looked forward to reading in 2011 and the only book I bought before the printing press cooled was Chris Grabenstein’s Rolling Thunder. You just can’t beat John Ceepak and his partner Danny Boyle for a solid mystery with a soupçon of humor.

The best book I read that I chose by its cover was The Definition of Wind by Ellen Block. It was a perfect summer read.

The book that took me the longest to read was Thomas Mann’s The Magic Mountain.

The book that stirred me the most was Bamboo and Blood by James Church. At a time when we are celebrating holidays characterized by plenty of food I think of this book and the people in this country, North Korea, who treat each other to a cup of hot water––which they serve cold, because they have no fuel.

This is the third in the Inspector O series, but it is a prequel beginning in the winter of 1997. North Korea is in the midst of a famine that is devastating the country. The very young and the very old are dying and only people of strong will are likely to survive until the spring. The country is hiding its desperation from the rest of the world, so it is a great surprise to Inspector O when he is asked to play host to an Israeli agent who is able to come and go seemingly at will into society. Beautifully written by an author using a pen name, James Church is the pseudonym of a former member of a western intelligence organization.

The book that awakened my righteous spirit the most was Desert Wives by Betty Webb. The book begins: "What do you call a dead, sixty-eight-year-old polygamist? In the case of my thirteen-year-old client, you call him your fiancée."

The book that surprised me the most was one that seemed to land on my door by itself, and I loved it: The Pot Thief Who Studied Pythagoras by J. Michael Orenduff. I immediately put all of his books on my wish list. The main character makes a living in the Southwest by finding native American pots that are salable. Hubert is a likeable protagonist who lives on huevos rancheros and margaritas and is studying Pythagoras in order to figure out how the ancient potters could manage to space 17 design elements evenly around a pot. This pot thief studies Ptolemy and other great scientists, so you can always brush up a bit on your science when reading Orenduff. 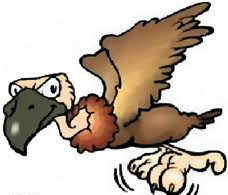 Since 2012 promises to be an excellent reading year, I am always on the look out for the special books. I would rather hear your opinions than look at any best-seller list. The date of publication is of no interest to me, because my feeling is that just because something is new that doesn't make it better!
Posted by Maltese Condor at 4:00 AM