Is Fiction Stranger than Fact? 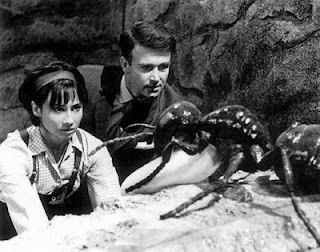 My sons often behave in ways that make me want to tear out my hair, but they also perform many acts of random kindness. One of them this morning was to present me with these "facts" they found online: "Ants stretch before they wake up. They also appear to yawn in a very human manner before taking up the tasks of the day." I like thinking that these busy little critters are like us in these ways, although visualizing them with human faces makes me feel guilty about how I greeted them when they last crashed our backyard picnic. I wish I knew whether these "facts" about ants are true or false.

What are the differences between fact and fiction? Truth and falsehood? Beginnings and endings? These are questions Miguel Syjuco poses in Ilustrado, which won the 2008 Man Asian Literary Prize while still an unpublished manuscript. The book begins on a winter morning in 2002 when a fisherman hooks a battered body floating in the Hudson River. The corpse is Crispin Salvador, an exiled Filipino writer, who had been living and teaching in New York City. He was working on a book called The Bridges Ablaze. It is still in manuscript form, "a glacial accretion of research and writing––unknotting and unraveling the generations-long ties of the Filipino elite to cronyism, illegal logging, gambling, kidnapping, corruption, along with their related component sins." The police are unable to find any evidence of foul play, but rumors about whether Salvador was murdered or committed suicide swirl through the Philippines.

Salvador's sister asks his student Miguel, who lives in New York, to sort through Salvador's apartment. The manuscript is gone. Miguel finds himself unable to sleep and begins a biography of his teacher with the idea that examining Salvador's life could help him with his own. He cannot believe that Salvador committed suicide:


"To end his own life, Salvador was neither courageous nor cowardly enough. The only explanation is that the Panther of Philippine Letters was murdered in midpounce. But no bloody candelabrum has been found. Only ambiguous hints in what remains of his manuscript. Among the two pages of notes, these names: the industrialist Dingdong Changco, Jr.; the literary critic Marcel Avellaneda; the first Muslim leader of the opposition, Nuredin Bansamoro; the charismatic preacher Reverend Martin; and a certain Dulcinea."

Miguel decides to hop a plane for Manila.

At this point, the book––I don't know how else to describe it––goes rogue. It becomes not only a story of Salvador, but his entire colorful family in the Philippines over the course of 150 years, through colonization or occupation by the Spanish, the Americans and the Japanese, and independence. It also picks up the story of Miguel Syjuco's own family and his coming of age as he moves from the Philippines to Canada, back to the Philippines and then on his own to the United States and now back to the Philippines.

All this history appears not in a straightforward fashion but in a patchwork series of excerpts from Salvador's interviews, memoirs, novels and a running joke told in story form; Miguel's biography of Salvador, in progress; Marcel Avellaneda's blog posts and comments to his blog; Miguel's narration of the past and present; and an omniscient narrator's narrative. These excerpts are presented as if different flavored Pez candies have been loaded in one Pez dispenser. Every excerpt is separated by an asterisk. Some of the excerpts faithfully appear in a different typeface. The source of others is given in parentheses but this sourcing happens less often as the story progresses. Familiarity with the excerpts' content makes it clear whether, for example, Miguel is narrating about the present or whether the entry is one of Salvador's fictional "Manila Noir" stories. It makes an exuberant kaleidoscope.

Needless to say, this is NOT an easy read. It is, however, a very rewarding one. The inventive form of the story (a series of excerpts from many sources) provides a jigsaw puzzle for the reader. The disappearance of the excerpts' sources as the book continues is something for the reader to ponder. In the mystery genre, Ilustrado might be classified as historical fiction. The dead body that opens the book provides a good excuse to examine that corpse's life. Miguel and Salvador explore the nature of fiction, truth, identity, honesty, perception and memories, using the history of the Philippines and two families. There are wonderful characters, straightforward storytelling and allegorical writing. The resulting book is witty, moving and surprisingly funny and raunchy at times. The author takes satirical jabs at Filipino politicians, big business and the ruling class. I wish I knew more about the Philippines and I'm glad this author is young, so we can expect more imaginative books from him. Salvador tells his student Miguel, "Just write, and write justly. Ezra Pound be dammed. Poets lie, though beautifully. Don't make things new, make them whole." In this book, Miguel Syjuco does.
Posted by Della Streetwise at 10:53 AM