One is Not Enough

With the post-holiday plethora of free and reduced price ebooks and a generous gift card, I lost my head completely and took fliers on a lot of new authors. As a result, I am now working my way through 18 pages of unread titles, quite a few by first-time novelists. Many of these, unfortunately, are not quite ready for prime time, but I was astonished and gratified at the quality of a few first efforts and hope for many more books from these new voices. 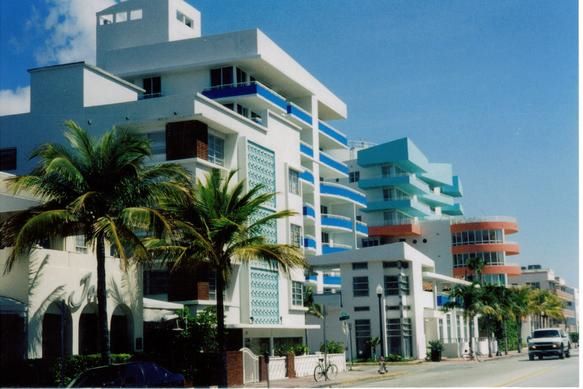 Blood & Ashes: The Debut Oscar Jade Thriller! is a wonderful retro noir set in Miami just days after the beginning of the Second World War. Oscar Jade is a tough wise-cracking PI who has been declined for military service because of a club foot, despite his excellent martial skills and police background. He lives in a rented room over a seedy beachfront bar operated by his friend and sometime sidekick Claude. The period descriptions of Miami and its society, both topside and bilge, contribute quite a bit to the campy charm of this maiden voyage by author Mark Loeffelholz. 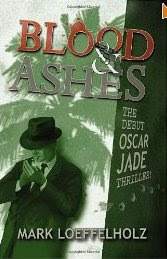 When a pretty young wife comes to Oscar for protection after finding a large insurance policy that her increasingly estranged husband has purchased on her life without her knowledge, things start to get ugly fast and he finds himself in the middle of a shooting war between two competing Mafia families. Major mayhem, dirty cops, gorgeous broads, and a fine set of double-crosses keep the story moving at a breathless pace, although Oscar's survival in the face of many bloody roughing-ups strained my credibility a bit––even after rereading Georgette's post on suspension of disbelief last week.

There are a number of interesting hints about Oscar's past that left me quite curious. Fortunately, Loeffelholz has a sequel, tentatively entitled Storm Maker, in the works for release later this year. If you enjoy a good old-fashioned tough-talking thriller, give Blood & Ashes a look. It is available in both paperback and electronic format.

Pygmalion and Galatea. Cinderella and her prince. Henry Higgins and Eliza Doolittle in My Fair Lady. Did you ever wonder how "happily ever after" worked out for these completely made-over partners of controlling and perfectionist men? Rachel Abbott addresses one such pairing in Only the Innocent.

When TV documentary producer Laura Kennedy met noted philanthropist Sir Hugo Fletcher at an awards dinner, she was overwhelmed by his sophistication and obvious interest. He carefully groomed and trained her to fit into his upper class lifestyle before marrying her, and scrupulously refused to have sex with her before the wedding. But the book doesn't open here. It opens with the spectacular and carefully staged murder of Sir Hugo in what can only be described as sexually embarrassing circumstances. Emotionally fragile Laura returns from a vacation abroad to find hordes of eager reporters camped on her doorstep, the police having missed meeting her flight at the airport with the news.

This first novel drags a bit in spots, but does a good––if thoroughly creepy––job of describing the complete breakdown of self-confidence that can be achieved at the hands of a subtly manipulative partner. Laura's back story is told through letters that she wrote, but never sent, to her best friend and sister-in-law Imogen, estranged for years through an unconscionable dirty trick on Hugo's part. I got mental whiplash going back and forth so many times deciding which of the several women with excellent motives might have taken justice into their own hands.

As of this date, Only the Innocent is available only in electronic format. I look forward to more of the author's complex, well-written stories. In Cast the First Stone, author Rebbie MacInyre's Trini Bates is a young widow struggling to survive in depression-era Colorado. She is also a dowser, using rod or pendulum to find water and missing objects or people for her neighbors, several of whom consider her a witch. When her brother Parnell's bootlegging partner goes missing after a very public argument between the partners, Sheriff George Mallis can't wait to arrest Parn, against whom he apparently has quite a grudge. Deputy Roy Eastman, an old friend, persuades Trini to dowse for Merle––or his body––to help clear Parn.

With a map and her antique pendulum, Trini locates Merle's body in an area that had been searched previously. Far from clearing Parn, her discovery of Merle's murdered body and the subsequent discovery of the weapon in Parn's woodpile give the sheriff ample reason to hold her brother for trial. 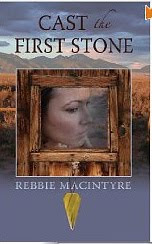 When Deputy Roy lets Trini visit her baby brother against the Sheriff's specific and illegal instructions, Roy is summarily fired––no light matter during the Depression. Parn is terrified; sure that the venomous Sheriff will manufacture an opportunity to report him "shot while attempting to escape" before the circuit judge arrives for the trial.

Since Merle's delicate adolescent daughter and mentally deficient son are now orphaned and living alone until distant relatives arrive, Trini moves in to take care of them. This also gives her an opportunity to find another reason for, and perpetrator of, Merle's murder. Someone ransacks the house while they are out, making Trini sure there is more to the murder than the sheriff's apparently watertight case indicates.

This first novel manages to give a clear sense of how terrifying life could become in those hardscrabble times and places when the only available authority was corrupt. In the end, Trini and the children must rescue themselves from a determined and vicious murderer. Cast the First Stone is available in hardback and ebook formats. I have downloaded the author's second effort, a modern gothic called A Corner of Universe, but am saving it to snuggle in with some snowy, blowy evening.

After a free-for-all, anything-goes start, the ebook industry is beginning to deliver on its promise to bring fresh new voices and stories to the market. Small publishers with professional editing skills are available to serious aspiring authors, polishing and publishing their work. Print-on-demand, while still relatively expensive, makes these new voices available in any format, without the dreaded remainders and returns that have plagued publishers and authors in the past. For readers, it's all very good indeed.
Posted by Periphera at 8:43 AM