Blotto, Twinks and the Dead Dowager Duchess by Simon Brett

In grand old mansions, the treasured volumes in the library were leather bound and, many times, unopened. In my library, the treasured volumes with a place of honor are the Felony & Mayhem books. I can assure you that my collection is close to complete because I like the authors represented and I really enjoy the books themselves, with their excellent covers and the high-quality vellum-like paper.

Recently, I was introduced to Simon Brett’s intrepid duo, Blotto and Twinks. Blotto is the youngest son of the Duke of Tawcester, christened Devereux Lyminster. His nickname is not derived from his drinking habits, since he rarely imbibes. While incredibly handsome, his main expression is usually one of confusion. He is a simple soul, maybe a bit simple-minded, who believes that if one lived by the rules and conduct expected in a cricket game the world would be a better place. His sister, known as Twinks, née Lady Honoria, is the Sherlock of this duo, possessing a very fine deductive mind with exhaustive knowledge of methods of murder. Her inadvertent talent is having men fall in front of her like ninepins. She, seemingly unaware of her beauty, lives for the occasions when she can put her mind to solving crimes.

In Blotto, Twinks and the Dead Dowager Duchess, just hot off the Felony & Mayhem Press, Blotto has begun to realize that his mother, the Duchess of Tawcester, had cleverly set a matrimonial trap for him. She has been dangling the daughter of a friend of hers in front of him since she has come out. Blotto just wishes she would go back in. If he can find a female who can provide the companionship and loyalty of a good horse, it might be a different story. As it is, an extended weekend house party has been planned, and Blotto doesn’t think he can deal with the inevitable murder that is bound to be solved by a brilliant amateur sleuth as well as the problems of evading his mother’s plans for matrimony.

As the weekend commences, Laetitia––the girl in question––begins following Blotto with what, in another girl, might be called dog's eyes, but in this case is actually frog’s eyes. Before long, the murder takes place and the victim is Laetitia’s mother. The expert amateur houseguest sleuth has called the members of the party as well as the staff into a large room and immediately pins the evil deed on Corky, the family chauffeur, since there was no foreigner to pin it on.

Blotto and Twinks have already really gotten a handle on the murderer, as Twinks noticed a painted red hand on the victim’s back. They acknowledge the fact that it is no use mentioning their suspicions, because their mother, the Duchess, has ordered the crime be solved immediately and, in the authorities' eyes, amateur detectives at house parties are always right. 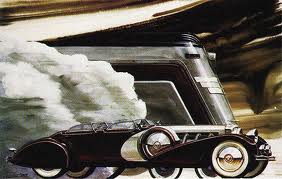 Thus begins the affair of the League of the Crimson Hand. The story takes place in the 1920s, during a time of considerable change, but there are still the classic dim aristocrats, loyal retainers, dastardly villains and perils Pauline would cringe at. The first of these is an opium den, which provides the next clue, and the chase is on, in a vintage version of Planes, Trains and Automobiles. Blotto’s vehicle of choice, though, is his classic Lagonda. With this as his steed and his cricket bat as his lance, Blotto leaps into action, rushing in where any intelligent angel would shudder to enter. Twinks’s genius is his perfect balance. 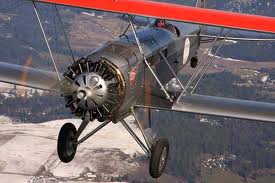 Simon Brett has a deft hand with parody, playfulness and punch lines. He has always been a master at developing a good mystery and he doesn’t fail here. The story is clever, bright and pokes gentle fun at the attitudes of the time. The prose is salted with slang which, authentic or not, made me smile. As a matter of fact, I laughed, chuckled and occasionally guffawed throughout my reading. There is a fine line between smart and silly, and Brett has great intuition about where it is. I had fun reading this book and will keep it on my shelf to read again.

Note: I received Blotto, Twinks and the Dead Dowager Duchess as a free review copy.
Posted by Maltese Condor at 4:00 AM