Not Just Another Highland Fling 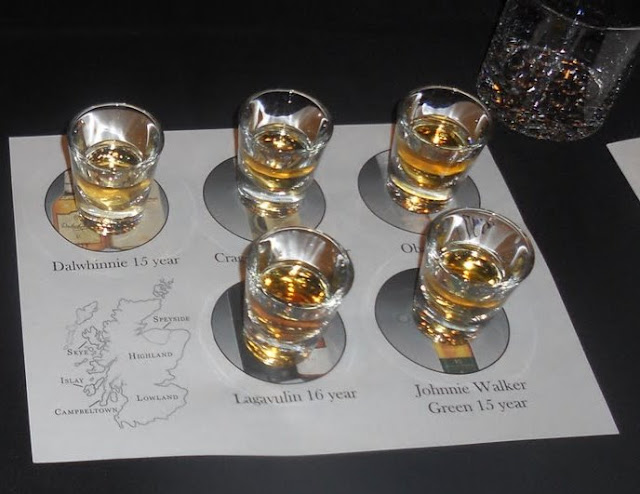 The closest I have been to Scotland, aside from the luscious bodice-rippers I secretly devoured as a teenager, was a "Tour of Scotland" sampling of seven scotch whiskeys one hazy and better forgotten evening, and an occasional outing to one of the various Highland Games events so popular throughout the Northeast, where big flaming-haired men in kilts hurl young trees and large rocks while bagpipes swirl and spectators and participants alike shout encouragement and insults. Lots of rippling muscles and rowdy fun! But Scotland is not all crumbling castles, bleak moors, and picturesque warriors. It has produced some of the world's great financiers, inventors and scientists. I can't imagine life without the telephone, television, or ATM machines, all invented by Scotsmen. (Not Scotchmen; "scotch" is reserved for the whiskey and those dense cholesterol-rich eggs deep fried in sausage.) 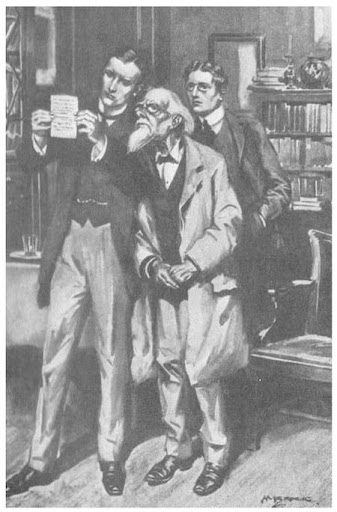 With all those canny big brains on tap it should come as no surprise that Scotland has its very own serious rival to the brilliant Sherlock Holmes. R. Austin Freeman's Dr. Thorndyke, trained in both medicine and law, uses both the science of the early 20th century and Holmesian deductive skills to solve his cases.

Author Raymond Chandler, no slouch himself, wrote of Freeman:


This man Austin Freeman is a wonderful performer. He has no equal in his genre... in spite of the immense leisure of his writing he accomplishes an even suspense which is quite unexpected.

Freeman also experimented with inverted or howdhecatchum stories, in which the crime is committed early on and the killer immediately known to the reader; as opposed to the more usual whodunnit format. Freeman was a prolific writer, and I am still discovering some of his stories and novels. While the good doctor is not as flamboyant and flawed a character as Holmes, the puzzles––and his methods of solution––are quite similar. Many of Freeman's novels and stories are available as free or low-cost downloads. While Josephine Tey only wrote seven mysteries over her short life, she is rightly considered one of the doyennes of the Golden Age, and her Detective Inspector Alan Grant can hold his own among the best protagonists of the period. Tey applied a truly remarkable gift for characterization and settings to her unusual and elegant stories, which sometimes had rather weak plots. While her Brat Farrar and The Daughter of Time frequently appear on "best of" lists, my personal favorite is The Singing Sands, published the year of her death.

DI Grant, on sick leave for his nerves after a period of intense overwork, travels by night train to spend time with his cousin Laura and her family in the Scottish Highlands. Leaving the train, he spots a surly conductor roughly shaking a passenger to rouse him. The passenger––a young Frenchman by his passport––is dead, apparently of a drunken fall. Only later, in the hotel dining room, does Grant open his newspaper to find a curious and haunting incomplete poem in an English schoolboy hand and realize that he must have picked it up from the dead man's berth.

With time on his hands, Grant gradually becomes obsessed with the dichotomy between the young man's sensitive face and his sordid death, and the French identification with the British appearance and handwriting. Grant is the only one who believes that there is something very wrong about this apparently accidental death.

There is a lyrical and slightly haunting quality to this rather slow-moving mystery that invites periodic rereading. Some pundits have speculated that Tey, like Dorothy L. Sayers, fell in love with her detective. Every time I read this book I fall slightly in love with both the ardent young victim with the "reckless eyebrows" and the detective who found healing through ferreting out his story and murderer. 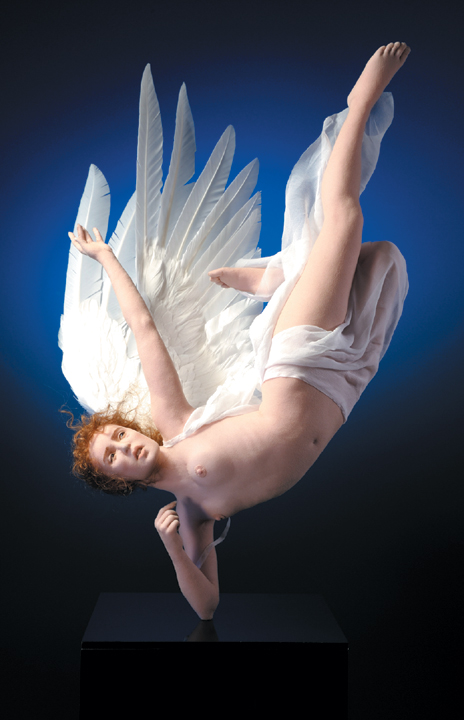 To go directly from the civilized and slightly rarefied world of Detective Inspector Grant in the beautiful postwar Highlands to the grimy underside of 1980s Glasgow requires quite a breathtaking dive. In The Dead Hour, author Denise Mina's Paddy Meehan is an overweight and insecure cub reporter working the graveyard shift for a Glasgow newspaper, following nighttime police calls to get stories. She hates her job and the unsavory stories and people it exposes, but needs the money. Her father has been unemployed for several years, and the family depends on her income.

One night she follows a call about an unusual domestic disturbance in a wealthy suburb. A man answers the door and addresses one of the investigating officers by name. A woman appears in a mirror, blood dripping from her face, but she shakes her head at Paddy's urgent gestures to flee. When Paddy attempts to interview the man who blocks the door, he hands her money, asks that the story not be published, and closes the door in her face. Next morning the woman who owns the house is found, tortured and murdered.

It took me several tries to get into this book, with its opening chapters full of unrelenting and gratuitous meanness, but the effort was finally worthwhile. Paddy faces drug dealers and systemic police corruption as well as her own guilt for walking away from the original incident, even as she wrestles with the temptation to keep the attempted bribe. As frequently happens in real life, the closure is messy, incomplete, and somewhat unsatisfying. I admire Paddy's drive and courage and will likely read the next in this acclaimed noir series to see if some unresolved issues get settled, but The Dead Hour is pretty far outside my usual comfort zone.

From refined and mellow Edinburgh to the darkly beautiful peaty Highlands to the brash Glasgow blends; a criminous tour of tiny Scotland offers as wide a variety of innovative criminals as of its rightly famous scotches. Murderously speaking, enthusiasm trumps size, and the Scots have been passionate fighters and implacable enemies since long before Bonnie Prince Charlie led the doomed Jacobite Revolution in 1745.

(The following lovely picture of Glasgow is submitted with my apologies for dwelling only on her bleak underbelly. It can't be all grim gray misery!)