Let's Not Put Off Reading Something Extraordinary

It's January 2nd, time for us procrastinators to begin working on a list of resolutions. No, no, not for 2009. Let's not waste any more time fretting about THAT list. Let's grip our pencils and work on 2012. Sister Mary Murderous, with her series challenge, has given us a timely shove in a good direction. Fellow dilly dalliers, this is a situation almost unique in our chronically late lives. Right now, we're not too late. Let's pick something extraordinary to read.

What will it be? A series we've always wanted to try but somehow never got around to starting? (Ahem. Let's not start down the road of self-recrimination. We're working on our long-standing tardiness now.) A series we read long ago that is now half shrouded by the fog of time? Will we explore a mystery genre we've never or rarely tried before? An author highly recommended by someone whose opinion we trust? Books set in a country we're curious about but have never visited? A book set in our hometown to see if a writer's insights agree with our own? Something that appears on a list of "the year's best" that sounds too good to miss?

I'll start with that last question first and work backwards. (There's something fitting about that for a procrastinator.) Here are some books appearing on "best of 2011" lists that I plan to read (and WILL read because they're on my list of resolutions):

The Tiger's Wife by Téa Obreht. "At 24, Obreht became the youngest writer on The New Yorker’s coveted '20 Under 40' list. Her debut novel examines what happens when a young doctor in a Balkan country investigates her grandfather’s mysterious death" (Miami Herald).

Plugged by Eoin Colfer. "From the author of the 'Artemis Fowl' series, a bang-up crime novel for adults starring an Irish bouncer at a seedy casino in New Jersey" (Washington Post).

Turn of Mind by Alice LaPlante. "This spooky thriller about a retired orthopedic surgeon suffering from dementia is both a poetic portrait and a page-turner" (Chicago Tribune).

See, that wasn't so hard! I'm sure you can find plenty of books that sound good to you on "best-of" lists. Try major newspapers. Ask your friendly independent bookseller. Or look at Sister Mary Murderous's list in the older posts of Read Me Deadly. In the next few weeks the rest of us will be posting more.

On to books set in my home state of Colorado. I've read John Dunning's Cliff Janeway series about a cop-turned-bookseller who pursues crime and first editions in Denver (Janeway investigates the death of a book scout in Booked to Die, first in the series). Learning about rare books while reading Dunning's books is as much fun as solving his mysteries. I've also read some of Stephen White's thrillers with psychologist Alan Gregory and attorney Lauren Crowder in Boulder. I liked Manner of Death, in which people connected with Gregory's clinical residency are killed. I'm now tempted to go white-water rafting on the Arkansas River near Salida with Beth Groundwater's guide Mandy Tanner in Deadly Currents.

I'll turn now to places I'd love to visit. South America? My books have taken me to several South American countries: Brazil with Leighton Gage's Mario Silva and Luiz Alfredo Garcia-Roza's Inspector Espinosa. Argentina with Ernesto Mallo's Superintendent "Perro" Lascano, a police detective in Buenos Aires during Argentina's military rule in the late 1970s. In the first book, Needle in a Haystack, Lascano investigates how three bodies ended up on a river bank. Juan de Recacoechea took me to Bolivia in American Visa, a book I talked about in a previous post. What else could I read set in South America? I'd love any suggestions.

On to India. What else could I read set there? Perhaps further visits with Paul Mann's George Sansi (first book is Season of the Moonsoon, which finds Sansi investigating a Bollywood corpse) or Tarquin Hall's Vish Puri, who began a detective agency in Delhi called Most Private Investigators Ltd. We meet Puri for the first time in The Case of the Missing Servant, as he works for a client suspected of killing a maid who had disappeared.

Let's head from Asia toward Europe.  I'd love to read the Erast Fandorin series set in 19th-century St. Petersburg, Russia by Boris Akunin or complete the Arkady Renko series by Martin Cruz Smith. I'd like to try a book by Czech writer Josef Škvorecký or read a Jana Matinova book set in Bratislava, Slovakia by Michael Genelin. Has anyone read Zygmunt Miloszewski's book Entanglement, set in Warsaw, Poland?

I'd like to read all of the Quirke books by Benjamin Black (John Banville), Ken Bruen's Jack Taylor books and the latest Stuart Neville book set in Belfast and featuring Jack Lennon.

I don't have to travel far from home if I read David Carkeet's darkly comic From Away or Louise Penny's Three Pines police procedural series set in Quebec, recommended by Sister Mary Murderous. What other books are suggested by people whose book opinions I like? I know that Maltese Condor likes the Walt Longmire books about a sheriff in Absaroka, Wyoming, and Periphera likes George Dawes Green, author of The Caveman's Valentine. I'm eying his book Ravens, about a couple of two-bit crooks who set up a hostage situation. I'm also intrigued by writer Jonathan Lethem. Both Periphera and Georgette liked his Motherless Brooklyn, involving a protagonist with Tourette's syndrome who investigates the death of his boss. Georgette likes George P. Pelecanos, whose hardboiled books are set in Washington D.C. I've only read a couple of them but that was enough to make me want to read more. I could try more forensics books. Other than Postmortem, the first Kate Scarpetta book by Patricia Cornwell, I haven't read many of those. Perhaps a book by Kathy Reichs? Who else? I haven't read many books of gothic suspense other than Wilkie Collins's The Woman in White and The Moonstone, the famous Victorian novel involving the disappearance of a priceless gem; and Daphne du Maurier's Rebecca, in which Maxim de Winter's new wife tries to decipher the puzzles of Manderley and the death of Rebecca, wife No. 1. These are some genres that deserve more reading. I highly recommend the above books to people who haven't yet read them.

It's been years since I read Raymond Chandler's classics. His Philip Marlowe books, set in Los Angeles, are too good to be forgotten. Dashiell Hammett's books and short stories are fading from my memory. Dorothy L. Sayers's Lord Peter Wimsey and Margery Allingham's Albert Campion. The Nigel Strangeway series by Nicholas Blake. Maj Sjöwall and Per Wahlöö's Martin Beck series. Arthur Upfield's Inspector “Bony” Bonaparte books, set in Australia. Agatha Christie's Jane Marple. All of these series could use my re-reading. 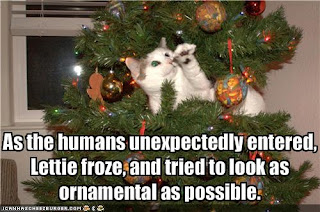 Series I've meant to try but haven't yet include Cornelia Read's Madeline Dare books (the first is A Field of Darkness), the Charlotte “Charlie” McNally series about an investigative reporter by Hank Phillippi Ryan (Prime Time is first), the Erlendur Sveinsson books by Arnaldur Indriðason and the books featuring Omar Yussef Sirhan by Matt Beynon Rees. I'd love to hear your opinions on these or any other suggestions you might have.

These are some ideas for books to read in 2012. Of course, I could see if some of them are already on my shelves here at home. But searching through my books already waiting to be read will have to wait for another day. I'll procrastinate about that. Right now I'm not going to wait to write my list of books I resolve to read in 2012. And you shouldn't either. See you on the Challenges page of Read Me Deadly!
Posted by Della Streetwise at 9:02 AM