Be warned. Today's post is just one long complaint. I'm feeling distinctly grumpy about female protagonists in recent mysteries. I've reached the point of throwing the book across the room with three series I used to read regularly. Here is my lineup of female sleuths no longer welcome in my library:

Gemma James. I used to devour Deborah Crombie's series featuring Duncan Kincaid and Gemma James of Scotland Yard. Crombie wrote some terrific mysteries, like Dreaming of the Bones and Kissed a Sad Goodbye.  She has a real talent for plotting and conveying a strong sense of time and place. Eventually, Crombie developed a personal relationship between Duncan and Gemma, and now they're married and sharing their children.

With Duncan and Gemma no longer work partners, Crombie seems to have chosen to depict more of their home life as a way to keep up with them as a pair. But the swap of domestic detail for detective collaboration is a poor exchange. In her most recent book, No Mark Upon Her, Crombie includes such teeth-gritting scenes as kids squabbling in the car, Duncan and Gemma negotiating childcare responsibilities and, in case I wasn't already in complete despair, a birthday party for a three-year-old.  It could only have been worse if she'd added in the children singing. (Yes, W. C. Fields has nothing on me.) When Crombie can spare the time for the actual crime story, the plotting is intriguing, tight and twisty. But for me, the price to be paid for the mystery plot is now way too high. I'm sure there are readers who want to be a fly on the wall observing the details of the couple's domestic life, but I'm not one of them.

Mary Russell. Back when I read Laurie R. King's The Beekeeper's Apprentice, the first book in her series featuring bluestocking Mary Russell, I was charmed. The 15-year-old orphan Russell is impatiently waiting out her minority in the care of a disagreeable aunt when she meets Sherlock Holmes, who is engaged in beekeeping while in semi-retirement in Sussex. I loved the relationship struck up between the two, as he trains her in the art of detection. Naturally, I went on to read succeeding books in the series, which are exciting adventures in locations as far-flung as Dartmoor, Palestine and San Francisco. But one constant was always the erudite and entertaining banter between Holmes and Russell, and their close sleuthing partnership.

A few books ago, King began sending Holmes and Russell off in different directions in their investigations. They would still usually have some correspondence and would eventually meet up and work together, but the characters on their own missed the spark they had when together. In the latest book in the series, Pirate King, Holmes is out of the picture almost entirely, until more than three-quarters of the way through the book. The story is told mostly through a first-person narrative by Russell, who comes across as a self-satisfied, humorless prig. I'm thinking this book is meant to set the stage for the series to become entirely Russell-focused. If so, I'm out.

Maisie Dobbs. This is another series that I liked at the outset, but whose protagonist I have come to view as tiresome. She started out being spunky; a largely self-educated working-class girl who, after serving as a nurse in the Great War, sets up her own detective agency. The ninth book in the series is just about to be published, but I gave up with number seven, The Mapping of Love and Death. Life is too short to read books––even well-written books––about a character as mopey as Maisie Dobbs. She is never-endingly sobersided, has virtually no real personal life and I just couldn't take her glumness anymore. In the same vein is Charles Todd's Bess Crawford. I read the first book in that series and that was more than enough. If either one of these women cracked a smile, their faces might break.

So where are the good female protagonists these days?

Back in the 1990s, I used to enjoy Lauren Henderson's Sam Jones series. Sam was a London sculptor with an extremely lively personal life who was always stumbling into bizarre and threatening situations. Sam could never resist poking her nose in, no matter the risk. Book titles like Black Rubber Dress, Freeze My Margarita and Strawberry Tattoo convey the cheeky style of this series. Lauren Henderson also collaborated with Stella Duffy to produce an anthology of bad-girl crime fiction called Tart Noir. (Great title!) Alas, the last Sam Jones mystery was published in 2001 and I have given up hope for more.

Liza Cody was also a favorite in my (relative) youth. She wrote two gritty series, one featuring Anna Lee, a London PI, and another with Eva Wylie, a wrestler and security guard. Cody seems to be done with these series, though she is still writing. Maybe I should check out her latest nonseries book, Ballad of a Dead Nobody, about the mystery of the death of a female founder of a rock-and-roll band.

And I can't forget another old favorite, Sara Paretsky's V. I. Warshawski. Over the years, though, I've gone off her. Or maybe not so much her as the books, which came to feel dominated by social issues. What do you say, should I go back and try again? 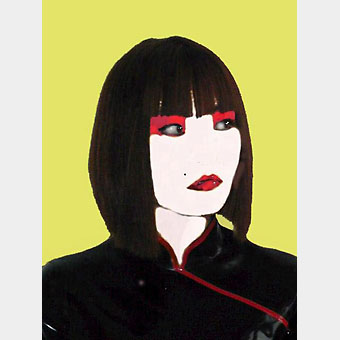 I've also enjoyed Sujata Massey's Rei Shimura and Cara Black's Aimée Leduc. Both of these are still good, but it appears that the Rei Shimura series is most likely over, and the Aimée Leduc series has become to seem somewhat formulaic. Kerry Greenwood's 1920s Melbourne, Australia, flapper/sleuth, Phryne Fisher, is a hoot, but the books are just bits of fluff.

I used to like Margaret Maron's Sigrid Harald series, but I could never get into her Deborah Knott books. Her new book, Three-Day Town, puts the two characters together for the first time, but to the detriment of both. The book can only be described as a disappointment to fans of both protagonists.

It's a sad state of affairs when one of the feistiest and most interesting female protagonists is an 11-year-old girl––by whom I mean, of course, Alan Bradley's Flavia de Luce. But as lively and amusing as Flavia is, I want to read about a grownup woman who is vibrant, intelligent (like Harriet Vane), has a sense of humor, doesn't moon around about men and children (I'm looking at you, Rebecca Cantrell's Hannah Vogel), and who doesn't make a habit of endangering herself with too-stupid-to-live decisions (that bad trait applies to all-too-many female protagonists).

But it is possible to go too far in the strong female protagonist vein. In Sophie Littlefield's A Bad Day for Sorry, Sara Hardesty is a survivor of domestic abuse who runs a sewing shop in Missouri and, as a sideline, acts as amateur sleuth and a vigilante against abusive men. This book was nominated for several awards, but I was not charmed by a character whose investigative methods consist of beating up and intimidating people. Another strong character––one whose methods don't constitute felonies––is Helene Tursten's Detective Inspector Irene Huss, who is a 40-something police detective in Göteborg, Sweden. Huss is smart and likable, as she navigates through the hazards of a sexist work environment and a sometimes challenging family life. Unfortunately, the novels featuring Huss are of the grimly nordic variety, with too big a helping of disturbingly graphic violence for my taste. 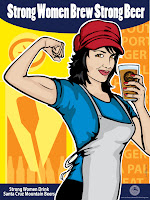 There are several female secondary characters I admire and would like to see more of, like Diane Fry of Stephen Booth's series featuring Ben Cooper, Ellen Destry of Garry Disher's series featuring Hal Challis, and Annie Cabbot of Peter Robinson's Alan Banks series. I'm not a fan of Detective Sergeant Barbara Havers of Elizabeth George's Inspector Lynley series. Havers is her own worst enemy and it irritates me to see her shoot herself in the foot repeatedly.

So, here we are. I've trashed a bunch of female protagonists––I hope not too many readers' favorites––and bemoaned the disappearance or too-little-appearance of women characters I like. But it can't be hopeless. I'm convinced there must be some female protagonists going strong out there. Two possibilities, and I'd welcome comments on them, are Dana Stabenow's Kate Shugak and Julia Spenser-Fleming's Claire Ferguson.

I hope to find somebody who can restore my faith in the female sleuth. Ruth Rendell, once asked about her choice to have a male protagonist in her Inspector Wexford series, quoted Simone de Beauvoir: "Like most women I am still very caught up in a web that one writes about men because men are the people and we are the others." Reminded of that statement in 2009, Rendell said that times had changed, replying: "I don't think that our sex is the people or the others, we're all the people. Perhaps because women are taken more seriously now, not just by men but by each other." I agree that times have changed and it's high time we had a female protagonist as compelling as some of my male favorites, like Inspector Wexford, Commissaire Adamsberg, Armand Gamache, or even Andy Dalziel. (The last of whom, given the recent sad death of Reginald Hill, is now the late lamented Andy Dalziel, I suppose.)

Note: I received free review copies of Deborah Crombie's No Mark Upon Her and Laurie R. King's Pirate King.
Posted by Sister Mary Murderous at 4:00 AM