The Material Witnesses take great pleasure in offering you a guest post from our good friend, Jonas Oldacre, a genius in ferreting out little-known gems of crime fiction: Do you remember Mack Baker?

Largely forgotten today, Mack Baker was the author of Dead Dames Don't Dance and Bad Broads Don't Make Bail. These were his only books published, but in his diary he describes completing two others: Kittens Don't Kill Twice and Diamond Dolls Don't Die Easy. The manuscripts of these have not yet been found. There may have been more. In a 1963 letter to Agatha Christie he wrote that he was working on a series of crime novels to be called "Don't." Mrs. Christie is not believed to have replied, as she had never heard of him. 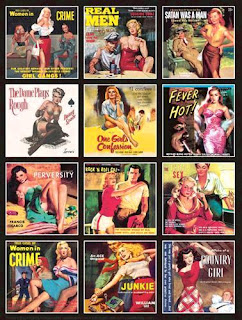 Dead Dames and Bad Broads were first serialized in Crimewave Magazine. Encouraged by their reception and knowing nothing of the publishing business, he sent the manuscripts to Oxford University Press. Disheartened by their rejection, he went rapidly downhill and was last heard of slinging hash in Hoboken, New Jersey. Dark Deeds Press, a small publishing house that specializes in rediscovering forgotten classics of crime fiction, will publish both titles in February 2012.

Here is an extract from Bad Broads Don't Make Bail: 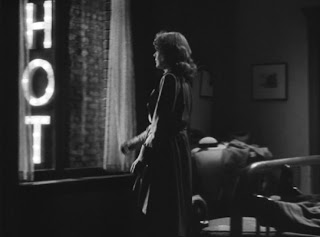 I needed a drink. It was hot in the city, hot enough to melt the heart of a Congressman. I'd just finished a case. I'd spent a week around people for whom too much was not enough. I needed the drink to wash the sour taste of corruption out of my throat. I was heading back to my office, a couple of rooms in a sad, tired building, full of men and women who were going nowhere and had just begun to realize it. There was a massage parlor on the first floor that was on the level and in the red. The place was three blocks away from Main Street. Or maybe a world away.

The client was a society dame. Paris couture and the best figure money could buy. She wanted me to discover where her husband went when he dropped out of her soirées because of "too much work." It didn't take me long to find out that he wasn't snuggling up with some floozie, but just playing cards in the basement with the hired help. She was mad as hell. A divorce would cost her big. No judge in this town would give her alimony because her husband preferred a game of poker and a few beers to a cocktail party for Friends of the Symphony.

She'd started getting edgy about my fee. I picked up my bill, wrote two words on it and pushed it across her desk. "Pool . . . Guy." She paid.

Another day, another stinking case. Another drink. In this part of town, there were places on every corner of every street where a man could find something to help him forget. And maybe someone. Plenty of places, but I was making for one. They knew me there. They had what I needed.

I pushed open the door. A lot of people. Groups from the offices downtown, laughing too loud at the boss's jokes. Lovers gulping their drinks, eager to get back to their apartment. A girl was sitting alone at a table opposite the door. Slim, pretty, serious. She glanced up. I caught her eye and smiled. She started to smile, then stopped and looked away. She always did. I turned towards the bar. He saw me. He remembered me. 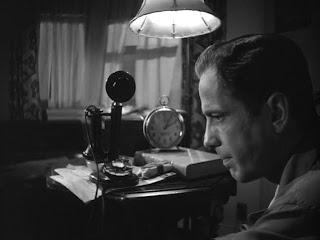 It was midnight when she came to my office. I was sitting behind my desk, trying to find the answers to a couple of questions that had been haunting me for a week. I caught her perfume first; jasmine, with a faint note of Jack Daniels. I looked up. She stood in the doorway, a curtain of blonde hair shadowing her face. The black satin dress spelled class. The diamond necklace spelled money. I had a weakness for wealthy wayward women, for foxy full-figured femmes fatale in faux fur. I also had a weakness for alliteration. I looked at her. I didn't offer her a seat. The view was better this way. Her voice was seductive, like maple syrup on a pancake. 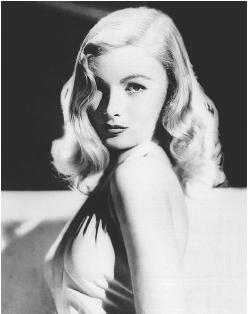 "A friend of mine, Lola, said that I could trust you with something dirty."

I remembered Lola. I would never forget Lola.

As she turned her head, I saw a dark bruise high on her cheek. Her mouth was soft and kissable, but her eyes were like ice.

"I'm going to Paris next week. It has to be done when I'm not here."

I thought for a moment. Take out Jeffrey. Yes, it was dirty; dirtier than anything I'd done up to now. I looked around my office; the broken windows, the bare floor. I was an ex-cop with alimony to pay, living in an apartment where the rats were more comfortable than I was. I'd take the job, however dirty. I had left my conscience in the Third Precinct with my badge.

She knew. She reached into her purse and took out a photograph.

His expression was sullen and suspicious. And he was ugly. As ugly as sin. His nose flat against his face, below dark, bulging eyes.

"He needs to be taken out every morning in Central Park. My housekeeper will give you the details."

"One more thing. I'm a responsible dog owner. You will pick up everything he leaves."

A dirty job. But somebody has to do it.

She turned and left. I could still smell the jasmine, but now the Jack Daniels was stronger.

I opened the drawer of my desk and took out a paper. I knew the answers now. Taking my pen, I wrote the right words in the right place at last:

Thanks to Dark Deeds Press, crime aficionados have an opportunity to read the two surviving works of an undeservedly neglected master of the hard-boiled genre, Mack Baker.

If Dark Deeds succeeds in finding any more Mack Baker novels, readers of Read Me Deadly will receive an exclusive preview.

Stay tuned.
Posted by Material Witnesses at 4:00 AM