I have been eagerly awaiting this book and sat down to read it as soon as it came in the mail. I thought one of the nicest things I could do was to share it with you. We have had a damp, cold April, and the first week of May has been the way Dickens describes March: "Summer in the sun but winter in the shade." Unfortunately, we have not had much of any sun. This is the perfect time to read a Chris Grabenstein book and imagine summer just a little bit closer than it is.

Have you ever been to a funhouse? It is what Danny Boyle calls a participatory amusement. Danny is my favorite philosopher––camouflaged as a policeman––in fiction today. He and John Ceepak, the ex-Marine recently home from Iraq, are two of the Sea Haven, New Jersey, Police Department’s finest. Danny explains that it is not because people are subconsciously afraid to walk through Mick Jagger lips that nobody builds those rickety funhouse things any more. It is because people today like to sit in cars, after they have driven in cars to get where they are going.

The most famous "funhouse" in Sea Haven these days isn't at a carnival. It's on a rather seedy Halibut Street, where a reality TV show called Fun House is filming. The show resembles a mix of Jersey Shore and Big Brother––and maybe, as it turns out, And Then There Were None by Agatha Christie. The summer began with 10 young men and women in their twenties who love living la vida loca, spending their time high on alcohol and amour, and trying to outlast each other through exciting, drunken competitions required by the show. The last one of the housemates staggering wins a cool quarter mil. The denizens of this funhouse live by the credo that anything done is best done while out of control and best described by bleepity bleep. Naturally, the show is very popular. 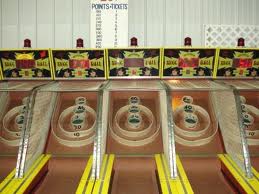 The reader joins the fun during the Brewskee Ball competition, which is taking place at the Coin Castle. Skeeball is a common seaside attention on many boardwalk arcades that affords a lot of fun for a small amount of money; still a favorite of my own, I must admit. The player bowls a small ball up an alley in an attempt to hop it in to a set of rings for points, which win the player coupons redeemable for––wait for it––tiny little prizes worth a few pennies! 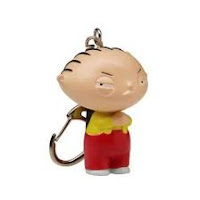 John Ceepak and his wife Rita are out enjoying a nice late summer evening when the four of the Fun House group are competing at Brewskee Ball and begin making themselves known to all. Paulie “The Thing,” who has made himself famous by calling himself after a horror creature and constantly flashing his awesome pecs, begins to lose to Mike Tomasino, a fella with rototiller sharp hair. An altercation ensues and the girls fan the flames. Jenny Mortadella (who has actually changed her name, apparently not realizing it means baloney) and Soozy K are there more in the cheerleader capacity.

When blood begins to flow and balls fly, Ceepak enters the fray and is memorialized on YouTube, the natural outcome of which is that the producers want him on the show. 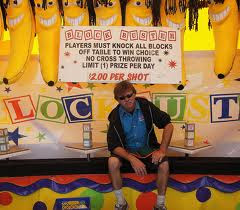 The mayor of Sea Haven––with dollar signs in his eyes––is all for the idea, and when Danny Boyle, Ceepak's partner, suggests there is a reason for the behavior at the Coin Palace, they both see a deeper purpose for being around this group. They have hopes that it will help them solve another crime from the past. Before much can be accomplished though, Paulie “The Thing” is found brutally murdered in a Knock ’Em Down booth. To both the cops' dismay, despite the almost 24/7 camera coverage of the TV personalities for the Fun House show, Paulie had managed to elude the cameras. The in-house video cameras were supposed to be on a generator for power purposes, but it was mysteriously down and so there was no footage, and the camera crew missed him sneaking away as well. 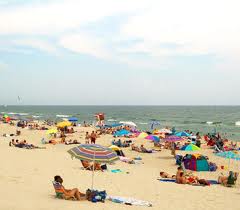 Before long, there are death threats aimed at another of the remaining cast members. Motives are swirling all around. The ratings are skyrocketing, the careers of some are circling the drain while others' ambitions seem to be catching fire. Then rumors start coming out of the woodwork. This is New Jersey with Atlantic City and its gambling dens just around the corner; big money is involved in many ways. 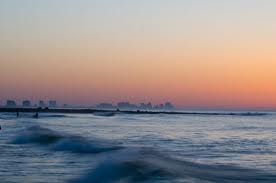 John Ceepak is taking it one step at a time. Danny Boyle, on the other hand, is the kind of guy––as he puts it––who would rather land on a square with a chute or ladder so he can skip some of the boring moves. Maybe it is the combination of two such different personalities that works so well. In any case, when in doubt, whatever the situation––emotional, critical or just plain nostalgic––both of these guys fall back on Eastern philosophy. Eastern coast that is, as elucidated by the "Boss," Bruce Springsteen.

It is a bit too early to go to the nearest boardwalk, but when I slipped into Fun House I had what my children used to call, ungrammatically, "a really fun time." The pace was rapid, but if you read too fast you might miss some of the dryly-humorous comments that toboggan out of Danny’s mouth, guaranteed to crack you up and make you want to read the book over again to make sure nothing slid by.

What I really like about this series is that the plots are original, even when reflecting pop culture. The location is not unusual, but it is presented in an extraordinary fashion and if you have ever been "down the shore" as it is said in some parts, you feel like you are back there on vacation. The characters are complex, and if morose, not for more than a few hours.

Now you can’t walk away from the price you pay"

Some of Danny’s words of wisdom––priceless! 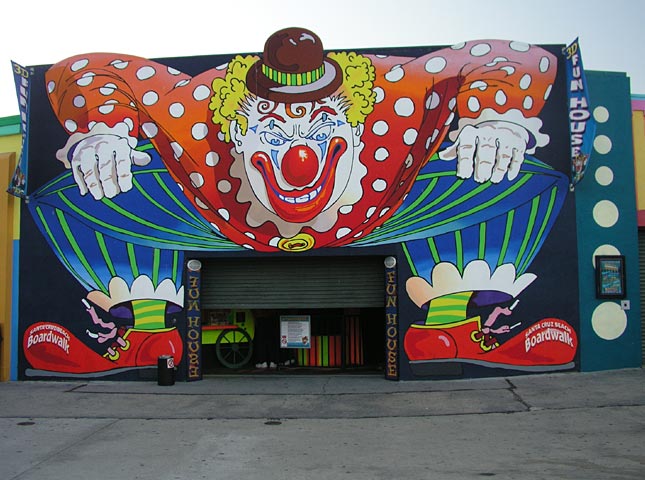