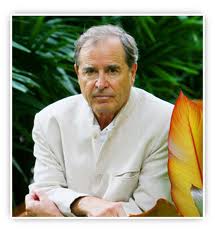 There is one magazine crossing my desk that opens up the world to me in fascinating ways. It is the monthly Smithsonian. An article about Hawaii was my latest find. Paul Theroux has travelled the world for 50 years, and he has visited more than 100 countries during his journeys. He has shared his travel experiences with the world through his best sellers. Throughout his travels, he says that he has relied on the kindness of strangers to take him in and share their stories. He admits to having an obsession with islands because his belief is that islands are small contained worlds that can help us understand larger ones. One of the traits Theroux has found in many island cultures is deep suspicion of outsiders. This has been most evident in Hawaii, where he has lived for 22 years––the longest he has resided in any one place. Despite this, he is still considered an outsider and has found it difficult to get any one to talk to him and explain Hawaiian traditions and culture in any significant way.

He explains this pattern in the recent May edition of the Smithsonian. He clarifies this by pointing out that what looks like hostility in Hawaii is justifiable wariness with an intention to keep the peace. He concludes that he is still trying to make sense of it all, but the longer he lives in this archipelago of seven islands, the more the mystery deepens.

As the years pass it becomes more evident to me that my experiences with Hawaii will be of the traveling-by-armchair variety, mostly through books like these. 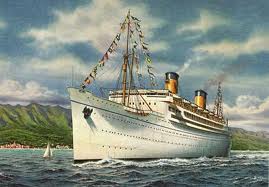 My favorite Hawaiian experience comes from Charlie Chan, who is introduced in Earl Derr Biggers's The House Without a Key. The title refers to Honolulu as it was in the early 1920s, for these were the days in Hawaii when there was no need to lock a door. It was a land for the lotus-eaters; a paradise, but then there are always snakes in the grass, as Barbara Winterslip sees when she returns home from school on the mainland to find her father murdered. The culprit will be found because Charlie Chan, the best detective of the Honolulu PD, is given the case. Biggers models Chan upon a real-life Honolulu policeman, Chang Apana, whose exploits were newsworthy. Charlie's way of solving a crime lies not so much with the physical evidence at the scene, but in figuring out the personalities and the lives of the people involved. 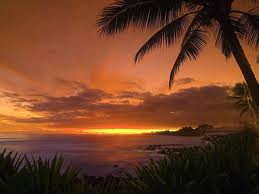 It is a fair-play, golden-age type of mystery. I enjoyed this book thoroughly. I slipped easily into the era, to the place taunted by kona winds and eased by the trades, and into the story because the people were real and the plot plausible. I felt a touch of nostalgia for a place I have never been and a time that never really existed.

Chan's personality and his history come into better focus in The Black Camel. "Death is the black camel that kneels unbidden at every gate." This is the quotation used by Charlie Chan minutes after he is called to investigate the murder of Shelah Fane, a Hollywood actress who has just arrived in the Hawaiian Islands to wrap up a movie that had been begun in Tahiti. 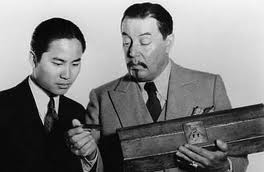 Most of Charlie Chan's approach relates to a basic philosophy of what will be will be. Life is predestined, and so there is no use worrying about things not easily controlled, such as the weather, one's weight, and other facts of life. But he has no intention of behaving like the crane, which waited for the sea to disappear and leave him dry fish to eat, and which then starves to death. Thus, he proceeds and in his quiet, intuitive way knows he can find the murderer.

Charlie Chan has 11 children and, in this book, we are introduced to his oldest son, Henry, his oldest daughter, Rose, and the next in line, Evelyn. We also meet little Barry, who was born while he was helping the SFPD during his recent adventures in California in Behind That Curtain. 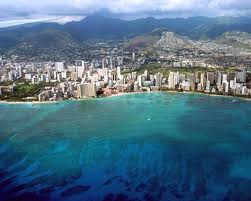 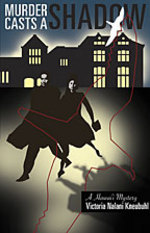 Victoria Nalani Kneubuhl sets her mysteries in post-Depression Hawai‘i. In Murder Casts A Shadow, it is 1935 in Honolulu and, even though the Depression has hit these tropical islands along with the rest of the world, the sugar industry has cushioned the effects of unemployment somewhat.

London playwright Ned Manusia has come to put his latest play on in Honolulu, and he feels quite at home here because he is of Polynesian extraction himself. He was born in Samoa. Ned has a second reason for finding himself in Honolulu: he has escorted three important portraits of the Hawai‘ian Royal Family from the British Museum back to their home. 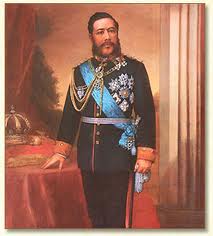 Shortly after the portraits are delivered, the main one of the King Kalākaua is stolen and a main functionary of the museum, Abe Halpern, is murdered. Mina Beckwith, a reporter for the local paper, is onsite for this case and runs with it. She pairs up with Ned to dig into the background of the murder victim. Abel Halpern was a grandson of one of the original outsiders on the island. There are many rumors about his dirty dealings, so his murder comes as no surprise to many. 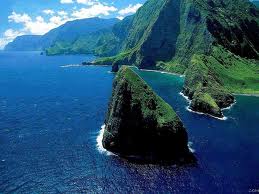 The Hawai‘ian Islands are the crossroads of the Pacific and people from all over had settled there over the centuries. Kings have ruled Hawai‘i for a few hundred years. The last, King Kalākaua, traveled to San Francisco for a visit. It was while he was there that the portraits were painted; then he mysteriously sickened and died. It is most likely that people wanting power in the islands had something to do with his death, although history books prefer the story that he died from kidney disease. Ned and Mina feel sure the past and the present are coming together and they are risking their lives to prove it.

This book is the first in a series and it was very appealing.

Hawaii's postwar era is the setting for Juanita Sheridan’s sleuthing duo, Janice Cameron and Lily Wu. In The Kahuna Killer, Janice, originally from the islands, has returned to write a book and clean up some papers her father left.

Before these gals have gotten settled, there is the murder of a hula dancer to shake them up again. There are whispers that a Kahuna, a kind of high priest, was seen performing old rites on a nearby beach. An old friend warns Janice that she is no longer welcome in his village. It is up to Lily to see things clearly and find the culprit in this vintage mystery. There are four mysteries in this series reprinted by the Rue Morgue Press, and at least in this one the mystery takes a backseat to the history––and I don't mind that. 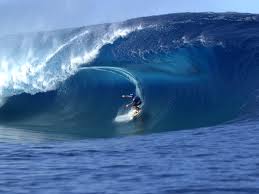 A more contemporary view of murder in Hawai‘i is seen in Neil S. Plakcy's Mahu. Kimo Kanapa‘aka is a Honolulu homicide detective who has been in the closet for years. When Kimo sees a body dropped near a gay bar he doesn't report it right away, because he was in that bar. He gets caught up in the investigation of the murder while trying to keep his private life a secret. In this case, the truth comes out in more ways than one and Kimo has his hands full. Kanapa‘aka is featured in five books in this series. I found book one very enjoyable.

Another series set in Hawai‘i is by Victoria Heckman and it features a young cop, Katrina Ogden, who works in the records department of the HPD. Despite her assignment, she gets involved in a murder investigation. KO'd in Honolulu is the only one I have read so far in the series. Deborah Turell Atkinson has a series featuring Storm Kayana, an attorney, which is next on my TBR list. If anyone knows of a good mystery set in Hawai‘i, leave a comment, I would appreciate it. 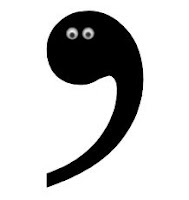 You might have noticed the appearance of something like apostrophe marks that pop up here and there. The more recently published books use the appropriate mark, called okina, which is used at glottal stops in Polynesian languages. This is a pause like when you say oh-oh. It is really an apostrophe upside down and backwards like this (see left and below). As many of you probably know, in the Hawaiian language, there is an okina like this in the name of the state: Hawai‘i. 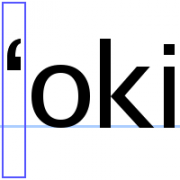