Cinco de Mayo (fifth of May) may be the holiday most celebrated that fewest people understand. It is a Mexican holiday celebrating the Battle of Puebla, which took place on May 5, 1862. The most common misconception is that it is the Mexican day of independence. No! That was 51 years before. For reasons that you will have to Google (but know this: there was a Napoleon mixed up in it somewhere who wanted an empire for himself), France decided that they would invade Mexico. Naturally, with superior forces it was thought that Goliath would triumph as the French rolled through Mexico until they reached Puebla. I must point out that Puebla is the feminine of Pueblo and this may have been what gave the Mexicans the edge, because against all logic David triumphed and the Mexicans won a huge victory. 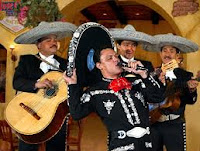 For most of Mexico, the holiday is no big deal. It is mainly celebrated in Puebla. For some reason it is celebrated in the USA by Mexicans and Americans alike. One theory for this is that at one time all of Mexico celebrated it and part of Texas and California were Mexican Territories.

Parades, festivals, mariachi music and, of course, good Mexican food are part of the celebration. 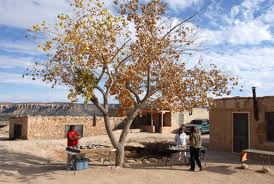 One of my favorite protagonists of Mexican heritage is Rudolfo Anaya's Sonny Baca. He is a small time PI who wants to do credit to his great-grandfather, who was a famed lawman. In Zia Summer, Sonny awakens one morning from a very disturbing dream. The smell of strong coffee that his neighbor Don Eliseo brews every morning under an ancient cottonwood tree in the Old Town section of Albuquerque, New Mexico, comes through his window. Before he gets an explanation of his dream from the wise old man, he gets a call from his Aunt Delfina telling him that his cousin Gloria is dead and she wants him to take her to Gloria's house.

Gloria has been murdered in a ritualistic manner. The sign of the Zia sun has been carved into her body and her blood has been drained and taken away. The Zia sign was the powerful positive image of the sun, and the symbol of the state flag.

Delfina has no faith in the police, and she wants Sonny to solve this murder. The police want to pin the case on the gardener for a quick fix, because Gloria's husband Frank Dominic is running for governor. After he left University, Sonny taught high school for a few years, but he found that teaching was not for him. As a PI, he was quickly involved in a very high-profile case that gave him a lot more fame than he deserved, and life had been good.

Sonny has bad feelings about this case. Don Eliseo spoke about these feelings. "In the old days we called them brujas, men and women who did black magic, fornicated with goats, prayed the Black Mass. Ah, that's what the people said. They are really people who have destruction in their hearts. Things don't change. Now maybe they drive or work in fancy cars, wear nice clothes. They work all over the city. The surface changes, underneath the evil intent remains." 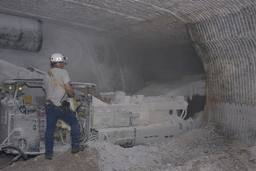 What some people considered evil intent was the intent of the government to bury nuclear waste material in the deep caves and caverns of New Mexico and their aim was to stop this. What other people considered to be the true evil was a cult dedicated to stopping the desecration of the Southwest; planning to blow up trucks carrying nuclear waste to the Waste Isolation Pilot Plant and to cause a terrific nuclear incident that would never be forgotten.

Rudolfo Anaya tells a modern story that is full of characters who have deep connections to the past, to the place that they live, to history and to the spiritual world. Ancestors are important in this life and are more than our genetics. His respect for the family is strong and translates to a naturalistic approach. He uses the symbol of the cottonwood. Although ancient and dying, if treated tenderly it can still put out one last green shoot at summer solstice and encourage all by living on and becoming just as much a story as a murder.

Anaya has a mystery set in each of the seasons and I have enjoyed the unusual character of Sonny Baca in all of his adventures.

No Happy Ending, the first book in a series that Paco Ignacio Taibo II writes about an unusual private investigator in Mexico City, takes place at Christmas time, but the only clues to the holiday setting are in the description of some of the things seen in the streets. My impression of Taibo's protagonist is that holidays of any kind are not really on his radar.

Héctor Belascoarán Shayne tells us that he decided to become a detective because he didn’t like the color his wife picked for the new carpet. He had been an engineer. He got his license by mail. He had never read a British mystery novel. He didn't know a fingerprint from a finger sandwich. He could only shoot something if it didn't move very much.

Héctor is usually a taciturn, enigmatic man who is an unrepentant teetotaler with a penchant for Pepsi-Cola. He shares an office with three characters: a plumber, an upholsterer and a sewer engineer. 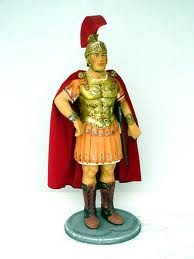 One day, a murdered man dressed as a Roman soldier is found at Héctor's office and then he gets a mysterious message to ignore what he saw––and along with the message there was a plane ticket to New York City. All Héctor really knew at this point was that he loved his home, Mexico City, with a passion and if he waited long enough, the killer would show his face.

In this case, the detective is correct and it appears that there is more than one killer and that they are from the police. Since this is Mexico, the question is whether they were from the secret police, the auxiliary police, the judicial police, the special, the bank, the preventative, the traffic, the federal. 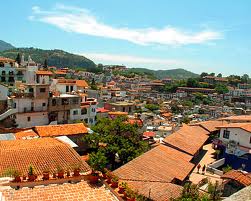 Héctor uncovers links from these men to an unsavory incident in Mexico City's recent past. What it has to do with him appears to be serendipity, but he is caught in a web he cannot escape. His life is on the line and he is very like a gunslinger of the Old West, shooting first and asking questions later.

This is an intriguing character and the people in his life are also worth knowing. The prose is somewhat Hemingwayesque and I look forward to reading more of this writer. 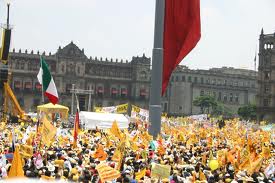 No Happy Ending refers back to a real-life incident that took place June 10, 1971, in which student demonstrators were massacred in a square by a paramilitary unit that was secretly trained and funded by the government. Initially, nine students died, but the final death count was closer to 30. Taibo postulates that this unit may have been disbanded and re-assimilated into the Mexico City Subway Police. The deadly June day was just one year later than the May massacre of the four Kent State University students by the Ohio National Guard, which resounded all across the US. It was also on a beautiful June day in 1989 that hundreds of students again were the targets of the military; this time in China on Beijing's Tienanmen Square. There were no happy endings on any of these occasions.
Posted by Maltese Condor at 4:00 AM