Chivalry: Not Just for Knights

Don't you love that praying mantis? She looks like a boogying creature from outer space.

Look at her face in closeup below. Now that's a veiled expression if I've ever seen one. Who'd ever guess the murderous thoughts lurking behind those goggling green eyes. Not her mate, apparently. Or maybe he does guess and he's too sex-starved to care. Or maybe he's too much of a gentleman not to become his mate's dinner. Arthur, Earl of St. Merryn, is a very wealthy gentleman in Regency England. He takes chivalry seriously, but he wouldn't go that far. He doesn't have a wife, for one thing. Arthur's betrothed climbed out of her window in the middle of the night to elope with another man. His fellow club members were astonished when Arthur didn't give chase. Next time, he said, he'd find a fiancée by interviewing women at an agency that furnishes paid companions. She'd be unlikely to run away, "unlike sheltered, romantic young ladies whose views of love have been sadly warped by Byron and the novels of the Minerva Press." The ton (Britain's high society) considers Arthur eccentric ("St. Merryn's blood runs cold"), and this announcement does nothing to dispel his reputation. 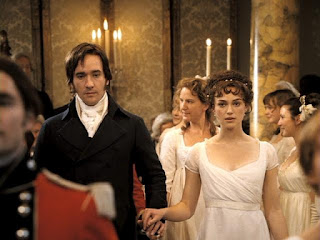 At the Goodhew & Willis Agency, Arthur is almost ready to give up when he meets Miss Elenora Lodge, whose unfashionable clothes can't disguise her intelligence and beauty. Elenora seeks employment as a lady's companion after her stepfather's catastrophic business investment costs her her home, possessions and fiancé. She hopes to make enough money as a companion to open her own shop. Arthur thinks she'll do fine. He tells Elenora he'll pay her to pose as his fiancée for a few weeks while he is in town to take care of business. Unless he is engaged, the debutantes' mothers will make his life impossible. There is a suitable chaperon available so Elenora can stay at his home. She agrees.

Elenora arrives at Arthur's Rain Street mansion to find an odd household, and she quickly learns that Arthur's business in town isn't what she expected. Arthur learns that Elenora isn't the woman he expected. Intrigue, murder, alchemy, and a mad scientist ("the second Newton") are in store.

Amanda Quick's The Paid Companion isn't my usual read. I chose it after learning about my friend Periphera's romance reading by flashlight when she was a kid. Author Quick, a best-selling romance writer, isn't Austen and this book isn't a comedy of manners. It's a Regency romance with a mystery story line. The writing is polished and the plot is amusing. The period detail is well done. Best of all are the charming characters and their dialogue. Whether the bedroom scenes are historically accurate in behavior and speech, I can't say but I was surprised at how fun they are. I was glad that Arthur's gentlemanhood doesn't keep him from prancing and that Elenora isn't a praying mantis. I'll look for another Amanda Quick book and I'll read it correctly, by flashlight.

No flashlight needed for this next one. That's not to say there are no heaving bosoms or clothes flung to the floor in passion. Unlike Quick's chivalrous Arthur, Lovejoy is no gentleman. He's an antiques dealer and forger who lives in East Anglia, England. I picked up Jade Woman, a book in the Lovejoy series by Jonathan Gash, after reading Maltese Condor's reviews of Asian mysteries. It's set in Hong Kong.

Lovejoy loves antiques, women and survival, in that order. He will sometimes clock a woman if she pushes the wrong buttons or kill a man whom he feels needs killing, but Lovejoy is generous and loyal to his friends.

Dire straits result when Janie, a married woman who loves him, tries to do him a favor and Lovejoy loses his house and possessions because of it. Worst of all, Lovejoy had just finished faking a painting for Big John Sheehan and it was taken away too. Lovejoy will die if he doesn't get out of the country immediately, so Janie gives him the money for a ticket to Macao, where his ex-apprentice Algernon plans to race cars. To get to Macao, Lovejoy must fly to Hong Kong.

Lovejoy is exhausted by the time he arrives at the Hong Kong airport and the stultifying heat puts him to sleep. When he awakens, his bag and money are gone. This bad luck begins a gloriously hellish stay in Hong Kong where the poor man is swamped by crime and women. Since it's a Lovejoy book, it's full of talk about antiques, real and fake. Lovejoy is a divvy, which means he can instantly recognize a valuable antique, and this ability catches the eye of a Hong Kong triad (criminal underground group). Lovejoy's irreverent narration is something else. He and his fellow characters are memorable, and this statement goes double for Hong Kong. The author is a British pathologist who lived in Hong Kong for years. Here's how Lovejoy describes his first sight of the city:


First imagine all the colors of the spectrum. Then motion, everything on the kinetic boil, teeming and hurtling on the go. Then noise at such a level of din you simply can't hear the bloody stuff. Then daylight so blindingly sunny that it pries your eyelids apart to flash searing pain into your poor inexperienced eyes. Add heat so sapping that you feel crushed. Then imagine pandemonium, bedlam, swirling you into bewilderment. Now quadruple all superlatives and the whole thunderous melee is still miles off the real thing. Every visible inch is turmoil, marvelous with life.

I had a wonderful time seeing Hong Kong through this book. I quailed at some brief descriptions involving food preparation but otherwise found it fascinating. Lovejoy's passion for antiques is interesting and endearing and I could listen to him natter on for hours. He isn't much of a gentleman, but he sure does know how to entertain his readers.
Posted by Della Streetwise at 4:00 AM