Following a Trail of Blood 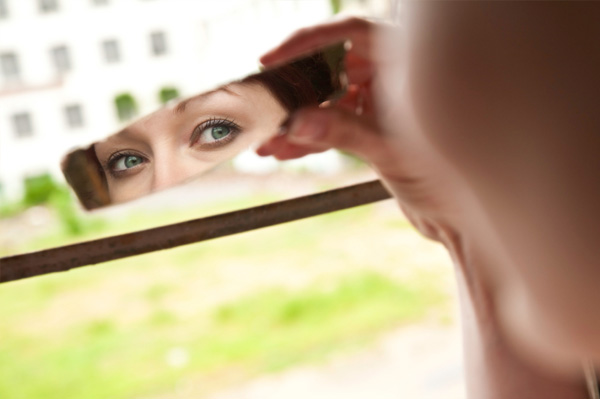 I've been practicing in front of a mirror for Mother's Day on Sunday. Started a wince and erased it, began a laugh and cloaked it with a cough. Registered pleased surprise when I'm thinking this gift will make my butt look enormous. Warned my reflection not to eat all the candy my sons always give me. I've also been reading some books by or about my fellow women. I've followed the trails set by my good friends here at Read Me Deadly, although I've veered off in some different directions.

There are more than 60 books in the Dame Beatrice series, written over more than 50 years. The first book is Speedy Death in 1929. To say it's a memorable debut of an unusual sleuth may be putting it mildly. How many other sleuths are tried and found innocent of murder, only to happily confess to a son/defense attorney later? Dame Beatrice's appearance alone is remarkable. She is described as a wrinkled pterodactyl with a Cheshire Cat grin. She has yellow skin and hands like a bird's talons. I wish she laughed instead of cackled, but she does have a very melodious speaking voice. Children and animals instinctively like her.

Mitchell's books are strongly plotted and beautifully written, but there is often a supernatural element or a weird and comic aspect to the plot or the murder itself. These books are an acquired taste––like caviar, rap music, boxing or asparagus. You either learn to love them or you don't. I do. It takes me a few pages to get acclimatized to Mitchell's voice and then I appreciate her.

One book I've enjoyed recently is The Rising of the Moon, written in 1945 and set in a small English town before World War II. It's narrated by Simon Innes in reflection upon this time when he was 13. He and his younger brother Keith are fantastic characters. They are orphans and live with their older brother Jack, Jack's wife June, their young son Tom, and Christina, a beautiful young boarder who loves the Innes family but who isn't liked by June, because June is jealous of her.

Simon and Keith are prowling around one night after the circus has come to town, when they see a man leaning over a bridge. The knife he holds glints in the moonlight. Or that's what they assume. The next day, they learn that a circus performer has been found, hacked into pieces. This death begins a series of murders, and eventually Dame Beatrice arrives to investigate, but she plays a supportive role here. I loved Simon's take on people and their relationships, and the maneuvering he and Keith do to cope with house rules. It's an interesting depiction of life in a pre-War England. And yes, there are some bizarre but typical Mitchell touches with her eccentric characters, the haunting setting and the methods of murder. 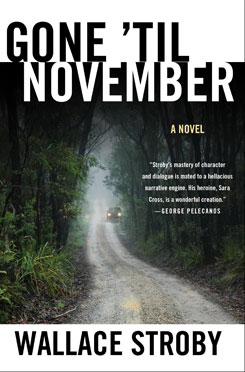 A few months ago, Georgette Spelvin told us about Wallace Stroby's outstanding bad girl, Crissa Stone. I want to read Cold Shot to the Heart, that first series book, but I haven't gotten to it yet. Instead I read Stroby's stand-alone book, Gone 'til November. I'm happy to say this author does outstanding good girls too.

Deputy Sheriff Sara Cross is on her first overnight shift in eight months when she responds to a call. Fellow deputy and former lover Billy Flynn called in. He did a routine traffic stop on an out-of-the-way road and the stop went wrong. Sara arrives at the scene outside Hopedale, Florida and Billy tells her that he asked the young black driver, a stranger to him, to open his trunk. After he did, the driver spun around with a gun in his hand, so Billy shot him. It was self-defense, Billy says. The trunk contains a bag full of illegal guns. The driver now lies dead at the bottom of the bank off the road, a gun close to his outstretched hand. Billy's story and the scene look legit, at least at first viewing. Is it because Sara knows Billy so well that she's uneasy? The driver's wife appears in town and outside law enforcement investigators arrive to audit the deputy's shooting.

Meanwhile, in a bad part of a New Jersey city, another kind of investigation of the Hopedale roadside shooting is brewing. Mikey-Mike is a drug dealer interested in that shit down south. He hasn't gotten to the bottom of it yet, he tells his middle-aged enforcer, Nathaniel Morgan. Let it go, Morgan counsels. Mikey says he can't. He needs the Florida drug connections and the money because his court case is looming and his lawyers need cash. Get down there and find out what the fuck happened, he orders Morgan. Then settle the hash of those responsible for good. Morgan is reluctant to go for several excellent reasons. He hits the road anyway and the two stories connect. Wait. That's not a good way of putting it. The two stories collide.

What else can I tell you about this book? The best way I know to describe it is to say it's a barnstorm through hell with great perks. The dialogue is entertaining and the characterization is spot on. This insightful writer does bad and good guys equally well. And I mean well. Sara is a conscientious single mother and has a keen moral compass. She's as ballsy as everybody else in the all-male sheriff's department but she's kinda lonely. Billy, from a family of Florida crackers, lives with a trashy girlfriend but he still sorta hankers after Sara. Morgan is smart and ruthless, but he has hammered out a set of principles that make sense to him. The supporting characters, including a set of XX-large New Jersey brothers who work for Mikey and go to Florida too, are every bit as well done as these. They struggle to figure out each other, and their actions make sense given who they are.

The Everglades summer is hot enough to blister paint and Stroby's prose and plot made me sweat. The plot rolls on like God's own thunder, just hums right along. If you're lookin' for a noirish thriller involving every sort of human need and greed, this is your baby, baby.

This is where semi-following a trail laid down by Sister Mary and Georgette sent my reading this week. Next time, I'll tell you about where I went courtesy of Maltese Condor and Periphera. These are books by or involving women of distinction. Maybe a little like your own mom. Don't forget Mother's Day this weekend.
Posted by Della Streetwise at 4:00 AM