Double Cross: The True Story of the D-Day Spies by Ben Macintyre 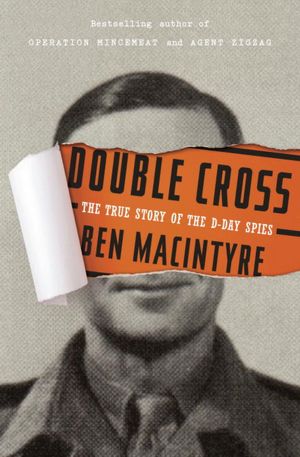 A Serbian playboy, a melodramatic Pole, a bisexual Peruvian heiress to a guano fortune that was never enough to keep up with her gambling habit, a failed Spanish chicken farmer and a Frenchwoman of Russian heritage who would place her little white dog (inexplicably named Babs, even though he was male) above any other loyalty. What is this, an espionage team or a cast list for a Monty Python sketch? Ben Macintyre does it again; unearths the story of a highly improbable, but true, high-stakes World War II espionage caper, carried out by a team of supremely eccentric characters. 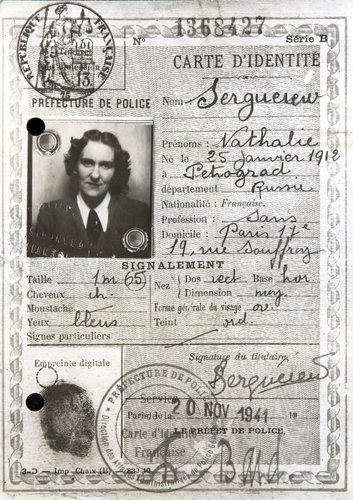 These five agents were the key players in Britain's Operation Double Cross. By March 1943, Britain had captured 126 spies and turned several into double agents. Some other German agents volunteered themselves to work for Britain. At first, the British used the double agents to give the Germans "chicken feed," true intelligence data the British could afford to give up, but once British intelligence became convinced that they controlled every German spy in the country, they decided the network could be used to mislead the Germans on a large scale and affect the outcome of the war.

The plan was to use the Double Cross agents as part of a massive and elaborate plan to persuade the Germans that the D-Day invasion would take place, not at Normandy, but at Pas de Calais and via Norway. The espionage operation was carried out over many months, and involved all kinds of fakery to persuade Germany that vast armies were massing at the best spots in England and Scotland to invade at the false invasion points. The Double Cross agents passed on thousands of messages to advance this fakery, and other tidbits of false intelligence to further the plot.

The Germans wholeheartedly believed in "their" agents, showering them with fulsome praise, money, and even an Iron Cross in one case. It seems that though the Germans had a good deal of success capturing spies and resistance operatives in occupied territories, they were terrible at spotting double agents. I had to wonder if it had something to do with key differences in their culture and national psyche versus those of the British.

British intelligence reveled in the gamesmanship and double-dealing required for Double Cross. The war was, of course, deadly serious, but the British intelligence services almost gleefully embraced the most elaborate and absurd trickery in pursuit of their strategic goals. They hatched wild ploys, like breaking up Germany's homing pigeon communication network by infiltrating it with British pigeons, and spending weeks training an actor to impersonate the colorful Field Marshall Montgomery and appear in Gibraltar as the D-Day invasion approached, so that the Germans would be lulled into complacency.

The British intelligence services were filled with old school chums who played cricket at Eton and Harrow, Oxford and Cambridge, and enjoyed the Times crossword puzzle. All that practice learning to disguise the curve of a googly pitch and understand a cryptic crossword seems to have come in a lot more handy than the Germans' tradition of giving each other dueling scars.

Kudos to Ben Macintyre, author of Agent Zigzag and Operation Mincemeat, for bringing us another unique and stranger-than-fiction tale of the sometimes farcical, but always riveting, intelligence agents and operations that helped win World War II.

For additional reading, consider J. C. Masterman's The Double-Cross System. Masterman was the head of the Twenty Committee, which devised and ran Operation Double Cross. ("Twenty" was chosen as the name for the committee because the roman numerals for the number 20 are XX, or a double cross.) Masterman was an author, an Oxford don and avid cricketer. He wrote two mysteries: An Oxford Tragedy and The Case of the Four Friends.

Note: I was given a free review copy of Double Cross, which will be published by Bloomsbury on July 31, 2012.  A version of this review appears on the Amazon product page, under my Amazon user name.
Posted by Sister Mary Murderous at 4:00 AM