If It's Not One Thing, It's the Weather

I get plenty of opportunities to exchange small talk with people. Usually I start the conversational ball rolling if I can comment on the book I see in a person’s hand. If I were keeping a record these days, Nora Roberts would be way ahead in the category of book I take with me to appointments.

In these cases and in situations where there is no book, what people want to talk about is the weather. There are bunches of TV viewers who rarely move beyond The Weather Channel when they turn on their sets. Are you one of these? Well, lately I have been reading a few books in which the weather plays a major role. You could almost call it one of the characters in the play. Be it a fog or mist, a blizzard, tornado, torrential rain or heat wave, it is Mother Nature who forces the situations and directs the action.

Fog sets a certain mood. The inability to see things clearly and the danger inherent in the poor visibility create a sense of fear, of claustrophobia and a sense of helplessness. 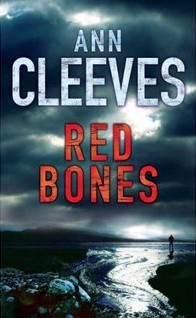 In Red Bones, by Ann Cleeves, the discovery of the body of an elderly woman on a mist-shrouded night began the mystery. Dense fog was not an uncommon event on Whalsay, one of the smaller Shetland Islands. Those mists often covered the terrain, so that only people very familiar with it could get around.

Sandy Wilson, at home for a visit on Whalsay, is dismayed and shocked to find it is his grandmother Mima on the ground, and when he brings her inside he realizes she has been shot. Sandy is a policeman who works for Jimmy Perez of the Shetland police and he has already disturbed the scene of the crime. 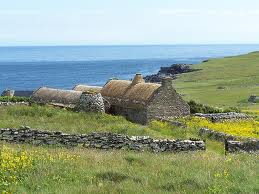 In a few days, there is another death. Again, the facts are hazy. The victim is a young girl, Hattie, on the island doing an archaeological dig for her Ph.D. She and her assistant, Sophie, were working on a dig abutting Mima’s croft, and Hattie had become friends with her.

In this mystery, the mist may be a metaphor for haziness surrounding the cause of the two deaths. Murder, manslaughter, or freak accident are considered in the case of Mima, and the facts of murder or suicide in Hattie’s death are tossed back and forth and left unsettled. Sophie says that once the fog rolls in, the outside world doesn’t matter at all. People lose any sense of proportion. Tiny incidents that happened years ago fester and take over their lives. 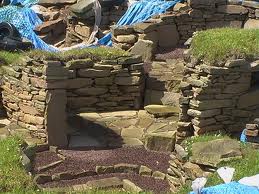 The truth is that some of the incidents of the past were not so tiny. People on this little island were very active in the Norwegian resistance during WWII, as part of what was known as the Shetland Bus. This involved crafting small boats that could get in and out of the fjords. Shetland, specifically Whalsay, men delivered these boats across the North Sea. There are still some murky secrets about this time.

Jimmy, in his quiet way, teases out small wisps of information that lead him to the realization that, while appearing close-knit to an outsider, these Shetlanders feel enmity from old rivalries and there were motives for murder. As the mists and fogs disperse, Jimmy also finds light being shed on the crimes he is being pushed to solve.

This is a slow burning story, much like the peat fires that warm the crofts of these desolate but beautiful places. But no matter where you find them, people are not so very different and, while the ending is beautifully suited to the time and place, it would have worked as well in a Greek tragedy. 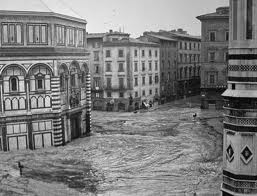 Water, not fog, can be a problem for people in more southern climes. It is the 1966 flood of the Arno that people still remember all too clearly in Florence, Italy. This disaster killed many people and destroyed a great amount of beautiful art and many precious rare books. Buildings along the street have high water markers, which clearly show the level the water reached that terrible time.

It is a cold, raining November in The Drowning River, by Christobel Kent, and Florentines have been suffering from persistent rain, which is bringing the flood of 1966 up in conversations and memories. Ex-police detective Sandro Cellini paces through his new office, waiting for customers. This office has been found for him by his wife, Luisa. He has set himself up as a private investigator, after two years of depression and aimlessness. Sandro left his job at the police on bad terms and has the mopes about it, to the point that he has taken two years to get some perspective.

One day, two cases come to Cellini, one about a missing art student and one about the death of an old man who seemingly committed suicide. The old man, Claudio Gentileschi, was a well-known artist and architect and his wife, Lucia, can't accept his death without knowing more about it. 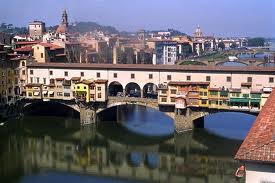 Here is where the story gets a little murky, and the reader feels like he or she is walking through the rain. Luisa and Lucia get mixed up a lot as the story changes POV every few pages. The visibility worsens a bit when, at the art school, we run into two characters, Anna and Antonella, who we have to keep separated. They are a bit easier to keep straight, and we are grateful that the author chose not to give Antonella a nickname, like Anni or such.

The river is rising as Sandro, who is still unhappy and quite insecure, tries to find his feet with the waters swirling around them. Iris, the roommate of the missing art student, isn't sure what she should tell the police because, while she did not care for her friend deeply, there is still a certain loyalty. Iris and Sandro spend a lot of time investigating in the unrelenting rain and, when Sandro finally shakes the mud off his feet, the story picks up. I always enjoy books published by Felony and Mayhem, so I hope the next in the series is a little more on firm ground.

The major event in Craig Johnson’s Hell Is Empty is a killer blizzard that shuts down everything in Absaroka County, Wyoming, except for Sheriff Walt Longmire and the bad men he is tracking. One of these is a dangerous, evil sociopath who has taken off into the Bighorn Mountains. Aptly named Raynaud Shade, he has promised to lead the authorities to the grave of a young 10-year-old boy he had killed. The time of year is early May, a time that I think of as colored by azaleas, lilies and late tulips; not a vast expanse of snow, ice and more of the same. 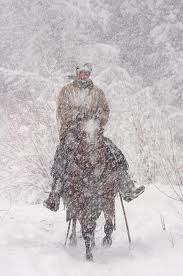 For Dante in his Inferno, the ninth and the last circle of Hell is where Satan is buried waist high in ice, and bitter cold winds scarify the zone. It is in this circle that traitors are tortured and punished. The journey through the Inferno is not only about growing more distant from God, but also getting further away from humanity.

The characters in this book are on this same journey. As Walt trudges, struggles, climbs and crawls through the Wyoming Siberia, all he has is a copy of Dante’s Inferno and a small backpack of minimal survival gear. If he is going to survive and accomplish his mission, he has to rely on help from those with greater power than his.

It took me a while to shake this book off. I prefer his previous outings, where there is less weather and his gang is more in on the action.

If there is one series where heat envelops the reader it is in Robert Wilson’s West Africa series featuring Bruce Medway, a British expatriate who lives in Benin, but travels back and forth across the armpit of Africa, as it is called, because there are several counties nestling closely under the arm of the continent as it juts out into the Atlantic. Medway is a fixer; a facilitator who tries to make a living by helping people out, providing they are not criminals. Unfortunately, he doesn’t exactly have a good nose for scenting out who are the good guys. 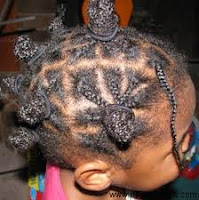 The first in the series is Instruments of Darkness, and Bruce starts out simply trying to facilitate the sale of some rice, but ends up looking for another Englishman who was working in the shea butter trade and is missing. Benin, Ghana and Togo are in turmoil, and Medway has to stay on the right side of the law, which fluctuates day by day.

The stories in Wilson’s African quartet are fast-paced, occasionally violent, but there are flashes of humor to temper it. Wilson has a way with descriptions that resonated with me and I recall them from time to time because they are so apt, like the girl with the sputnik hair. Sometimes it is so hot, the people move at  a slow pace, and the vultures look at each other as if to say "Dinner soon." This is really weather worth talking about. Whether you want to experience it is up to you. I will appreciate it vicariously.