The Paris Directive by Gerald Jay

Like most longtime mystery readers, I feel an eager anticipation when I start the first book in a new series, wondering if it will be an introduction to a protagonist who will become like an old friend, revisited each year. In the case of The Paris Directive, just the listing of the first few chapters provided a frisson of excitement:

Ah, looks like international intrigue; perhaps a political thriller. We begin by meeting Klaus Reiner, hired killer, whose cold efficiency, bland good looks and fluency in German, French and English have put him at the peak of his deadly profession, with the ability to choose the most lucrative contracts. 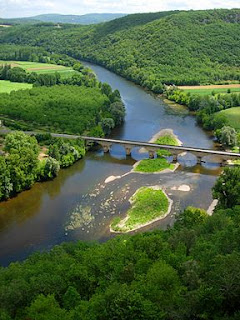 Reiner's newest assignment takes him to the fictional village of Taziac, in France's Dordogne region. The beautiful village in summer, with its cafés and restaurants, makes no impression on the all-business Reiner. He just wants to get the job done and move on, with the satisfaction of seeing an impressively large new deposit to his numbered account in Switzerland. But the hit goes wrong and Reiner has to take out four wealthy, middle-aged tourists, instead of just the one contracted for.

This is where our protagonist enters the scene. Paul Mazarelle, a former Paris police detective now living in Taziac, jumps on the case like a dog on a bone. Mazarelle had moved to Taziac, his young wife's home, when she became ill, and he is now a widower who doesn't know whether to make Taziac his permanent home or return to Paris. Mazarelle is a comfortably large, sympathetic and unassuming middle-aged man with a luxuriant mustache, who enjoys his pipe, good wine and food, and women. But, most of all, Mazarelle likes to sink his teeth into a meaty murder case. 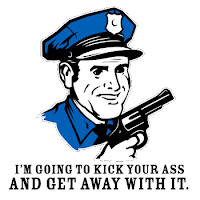 Mazarelle's investigation quickly identifies a likely suspect, but he has some doubts about the neatness of the package presented to him, and digs deeper, mostly hampered rather than helped by his men, especially Dutoit, whose job qualifications include stupidity, laziness, insolence, racism and habitual abuse of suspects and witnesses. When a couple of the murder victims' daughter arrives from the U.S. to kibitz the investigation and further inflame the interest of the already-annoying journalists and gadflies who have descended on the town, Mazarelle's job becomes more complicated.

An intriguing cat-and-mouse game begins between Mazarelle and Reiner, which leads to a tense and dramatic climax. Readers who enjoy inverted mysteries (those in which the culprit is known; not a whodunnit) should enjoy this story––though it has some flaws, mostly in characterization. The reader doesn't get a good feel for what Mazarelle is really like. At first, he seems like a shrewd, avuncular investigator. But later actions belie that image and we don't read anything to reconcile the differences into a fuller understanding of a more complex character. Similarly, Reiner turns from a coldly calculating and controlled, intelligent hitman into something quite different, but with no convincing reasons given for the alteration. 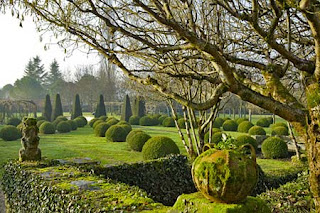 Gerald Jay is a pseudonym. Whoever he is (one reader reviewer claims he is an attorney for JP Morgan Chase), despite these stumbles in characterization, his writing is assured and powerful, leading me to believe he must have some kind of writing experience. Jay is said to be at work on a new Mazarelle book. I'm hopeful that as we get to know Mazarelle better, he will become a friend we're pleased to welcome for an annual visit.

Note: I received a free advance copy of the book for review. It is scheduled for release by Knopf Doubleday on June 19. A version of this review appears on the Amazon product page, under my Amazon user name. The nature pictures in this post are from Gerald Jay's blogsite.
Posted by Sister Mary Murderous at 4:00 AM