What Goes Up Comes Down 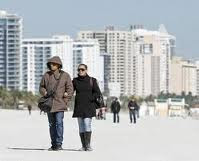 Miami in March was my destination for several days of professional continuing education, and I had been following the 80° temperature closely on my weather app. I felt confident I could pack my bathing suit, because our hotel had at least four swimming pools. Hah!

The day after we arrived, the morning temp was 44° F. There was no sunshine, so none of us could be distracted from the primary purpose of our trip. 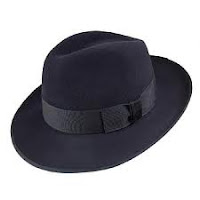 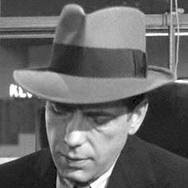 Aside from the drop in temperature, Miami had a lot to appreciate. The first thing I noted was the ubiquitous Miami hat––not the wide-brim chapeau of the gangster era, or even the Sam Spade topper, but a smaller snappy straw version of the fedora. So many things start one way and end up another. These days it seems the norm that things shrivel.

One of the few Miami sleuths that I am familiar with is Carolina Garcia-Aguilera's Lupe Solano, a Cuban-American princess-turned-investigator whose cases are an interesting look into Cuban America's nostalgia, and people's affection for Cuba, even though they only know it from the memories of their parents. Lupe may wear one of these hats, since they are seen on men and women alike. 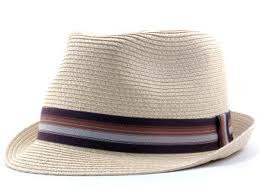 Another interesting aspect of travelling is seeing what people are reading these days. Much of the time, along with the shrinking of bookstores in all the airports, e-readers are what trip reading has come down to. For the very serious reader, of course, there is a need to read something when electronic devices have to be shut off.

On the southern leg of my voyage, my seatmate was absolutely glued to Private Games by James Patterson and Mark Sullivan. In fact, he did not even take advantage of the three-ounce drink of water or juice that is the new smaller version of airline excursion refreshments. He told me a bit about the story. Private, a well-known investigation firm, has been hired to provide security for the 2012 Olympic Games in London. Its agents are some of the best, and 400 of them have been sent to London to protect the competitors who have traveled from the hundreds of participating countries.

The opening ceremony is approaching when Private investigator Peter Knight is called to the scene of the ruthless murder of an important member of the games' organizing committee. It appears to be a deliberate, calculated, execution. Someone claims responsibility for the murder, promising to return the games to a more innocent era, free of corruption.

My seatmate rarely lifted his eyes from the page for the entire flight, wanting to finish the book before landing. It didn't happen, so I may have to read the book to see how it ends 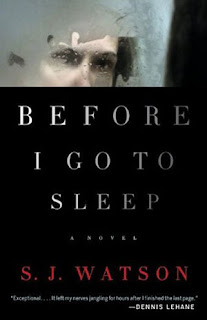 On the return trip, I had a similar experience with a seatmate who was totally engrossed in her book, and who also actually wished the flight was longer. She was reading Before I Go to Sleep, by S. J. Watson.

This is the story about a woman, Christine, who wakes up every morning not knowing where she is. Her memories disappear every time she falls asleep. She keeps a journal with all she has done, so she can have a reference about the previous days. She does not recall her husband, Ben, who is a stranger to her. This is all the result of a mysterious accident that made Christine an amnesiac. Without a memory, she has no identity. She doesn't know whom she can trust, and this includes husband Ben. Sadly, my seatmate had not finished the book by the time we landed, so she was unable to tell me who the bad guys were.

I had my head buried in my own mystery, As the Crow Flies by Craig Johnson––one of my favorite authors. 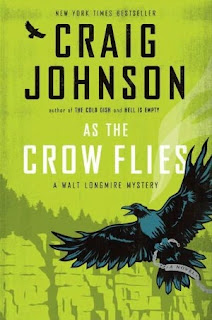 Walt Longmire doesn't really want to dwell on the fact that his daughter, Cady, is soon to be married. But he and his friend, Henry Standing Bear, are in Montana where, for some inexplicable reason, Cady wants the marriage to take place. As is often the case with weddings, plans are beginning to go awry at the eleventh hour, and Walt and Henry are seeking out some beautiful locations when their peace is shattered by a cry, as a young woman holding something falls from a cliff to her death.

The newly-minted chief of the tribal police, Lolo Long, is very short on experience, manners and patience. There are some minor and somewhat humorous brouhahas before she realizes that without Walt's aid, she will lose the case to the FBI––as well as any chance of finding the killer.

Walt is torn between his duties as a father, and those of a seeker of truth, as he tries to help Lolo out and teach her at least a little, so that she will survive her job.

There were plenty of high points in my sojourn, but I will end by saying that the biggest comedown is exchanging tres leches pancakes with bananas and rum sauce and coconut custard for sugar-free Jell-O, which is what I get at home. I seem to need a little shrinking as well.