Review of Gene Kerrigan's The Rage

The Rage by Gene Kerrigan

I've been thumbing through cookbooks lately and doing a lot of baking. Maybe that's why reading Gene Kerrigan's The Rage reminded me of following an Irish recipe for a beautifully concocted explosion.

"The law was something to be manipulated for profit and power. The streets were dark with something more than night. RAYMOND CHANDLER, Trouble Is My Business"

Dubliners have good reason for feeling exploited and angry. The Irish Catholic Church is rife with scandals. Favoritism among the wealthy and powerful makes a mockery of the criminal justice system. Violence has increased; the homicide-by-gun rate in Ireland is five times the rate in England and Wales. The housing bubble has popped, and the financial system is broken. Unemployment is high, and trade unions are out of fashion. As one character says, "Today, it's like everyone's grateful to be a unit of labour, to be plugged in or pulled out according to their master's will." There is so much resentment against bankers and the ranks of the privileged that Dublin's top cop is afraid to be seen in a chauffeur-driven car.

Detective Sergeant Bob Tidey, whose former partner Colin O'Keefe is now the Assistant Commissioner, is the veteran of several high-profile Garda cases. He is the father of two young adult children. Tidey has been divorced from Grace for four years, but he still spends the night with her when she allows it. Their relationship "is what it is." Tidey has a few drinking buddies and friends, all of whom have their own troubles: James Snead, whose son Oliver was murdered 18 months ago; Trixie Dixon, an old burglar, whose son Christy is in a jam; and Maura Coady, an elderly nun, haunted by memories. Tidey is a compassionate and loyal man, who's also morally flexible enough to commit perjury, if he thinks doing so will create a fairer solution than if he tells the truth on the witness stand.

Vincent Naylor, recently released from a prison sentence for assault, is a thug who's done jobs, including a murder, for Mickey Kavanagh, part of Frank Tucker's organized crime operation. Vincent is a walking time bomb, but he keeps himself from detonating with the warning mantra, "no emotional shit, just business." By this he means, don't rape the pretty clerk at the shop he's robbing, only focus on taking the money. Don't risk prison for something measly like shoplifting a rain jacket. Only risk prison for something worthwhile, like the big heist he's planning with a couple of friends and his brother, Noel. Like Tidey, Vincent has very strong ideas about loyalty. Although Noel is six years older than Vincent, he's a follower rather than a leader. Noel isn't the sharpest tool in the shed, but no one is better behind the wheel of a car.

Sprinkle with a generous handful of woman trouble; spice with a relentless journalist, mixed hoodlums, and other rogues.

Set aside for fermenting:

While Vincent deals with problems created by his brother, the need for walking-around money, and the execution of a complex Big Crime, Tidey and Detective Garda Rose Cheney investigate the shooting death of Emmet Sweetman, a 42-year-old banker and property speculator. There is no shortage of motives or suspects; Sweetman had multiple affairs, and there were rumors he was preparing to negotiate with prosecutors looking into his shady financial dealings. There's plenty of pressure of various sorts on Garda brass and on Tidey and Cheney. 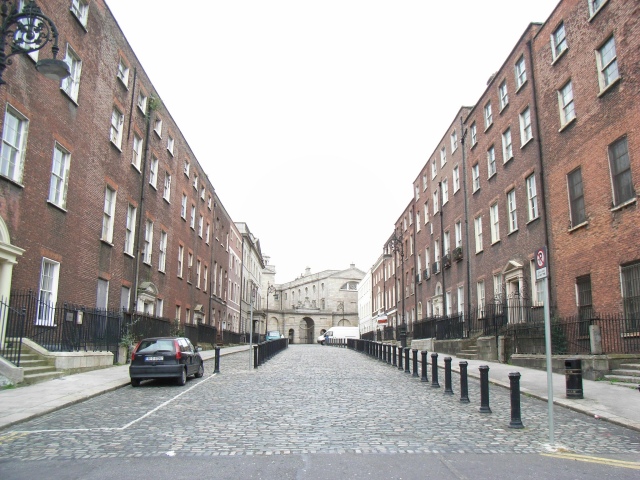 Evidence at the scene of Sweetman's death matches evidence involving another homicide. Ms. Coady becomes nervous about a car she saw two men park on her street. It's still there, several days later. These deceptively tame events bring the two story threads together.

Stick in the oven to bake. Brace yourself:

In an ideal world, all of the lines between right and wrong are clear, and all choices are made on the basis of legal scripture. Needless to say, The Rage isn't set in an ideal world. Detective Sergeant Bob Tidey is a flawed hero in the mold of Chandler's Philip Marlowe, and contemporary Dublin's streets are as mean as those of Chandler's Los Angeles. While Kerrigan's writing isn't as lyrical as that of Chandler, this is a wonderfully terse and tense noirish thriller that hurtles to its inevitable, but satisfying, conclusion. It won the Crime Writers Association's Gold Dagger Award for Best Crime Novel of 2012. If you like hardboiled books that make you think, Kerrigan, an award-winning Dublin journalist, serves up an excellent read.

Note: The Rage is Kerrigan's fourth standalone novel and was published by Europa Editions.
Posted by Georgette Spelvin at 4:00 AM