Books Caught between the Tides 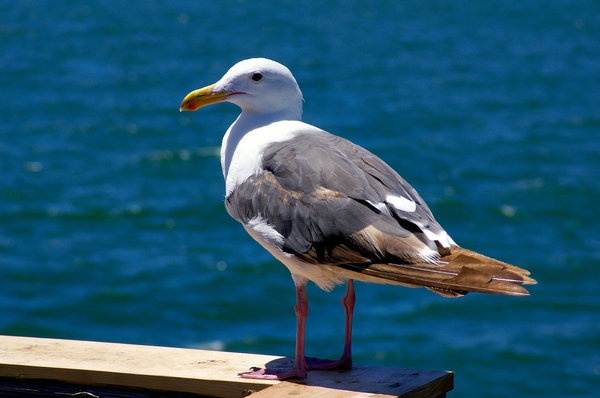 Summer takes on a predictable rhythm where I live. College students go home, but my own daughter and her friends attending out-of-town schools return and then drift in and out of our house like a tide. Between day jobs and night hikes, dinners at home and beach barbecues with friends, movies at the Fremont and downtown farmer's markets, sometimes my daughter and I find the time to bump into each other while we're reading.

In her older brother's bedroom, where we very, very gingerly borrow some books:

She helped herself to Philip K. Dick's Ubik. Her take: "A mind-blowing, original book. It was written in 1969, set in a future 1992, when the world has many mind-readers. A security agency called Runciter Associates provides 'anti-talents' to counter them. Joe Chip, an anti-psi, is on the moon when a job goes wrong. It's about reality and hallucination, paranoia, death, the nature of time, drug abuse. Dick does an incredible job of controlling what you know and when."

Most recent book read in the car:

Hers was John Grisham's The King of Torts. "You can't read too many Grisham books before they start blending together, but this one, about class-action lawsuits, is different. Clay Carter, a Washington, DC public defender, is talked into opening his own law firm by a guy named Max Pace, and then Pace feeds him one juicy lawsuit after another. Carter becomes ultra-wealthy, but he isn't happy without the woman he loves. You learn about class-action law and the lawyers who get rich bringing suit, and, if you didn't already know it, you learn that money doesn't buy happiness."

Mine? Robert Littell's head-spinning book of comic espionage, Legends. Brooklyn private-eye Martin Odum, a retired CIA spook, has assumed so many fake identities ("legends"), he no longer knows who he really is. In standard crime-fiction fashion, a beautiful dame—the Israeli daughter of an old Russian KGB agent—needs his help. Odum must find her missing huband so she can divorce him. The CIA warns Odum not to take the job, but does he listen? Are you kidding me?

Out on the deck, with a plate of cookies and a glass of iced tea:

My daughter sat down with End of Story by Peter Abrahams. "Suspend your disbelief for this one, which is filled with great characters, especially bartender Ivy Seidel, who dreams of quitting her job for a writing career. She begins teaching creative writing at Dannemora Prison in Upstate New York and is mesmerized by convict Vance Harrow, a highly talented writer, imprisoned for a violent crime. Ivy doubts Harrow's guilt and digs into his life before prison. The suspense becomes almost unendurable. "

Maurizio de Giovanni's I Will Have Vengeance, translated from the Italian by Anne Milano Appel, and set in Mussolini's Italy, was my accompaniment to a cookie and tea. Pensive Commissario Luigi Ricciardi has an unusual ability: he can "see" a homicide victim's final moments. He'll put this gift to good use investigating the death of famous tenor Arnaldo Vezzi, who is stabbed to death in his dressing room before a performance of Pagliacci. Vezzi was a narcissistic jerk, so there are plenty of happy suspects. For you murder-at-the-opera fans, another one to join such books as Donna Leon's Death at La Fenice and Robert Barnard's Death on the High C's.

I hope the rhythms of your summer find you relaxing with a good book.
Posted by Georgette Spelvin at 11:42 PM