Bones of Contention by Jeanne Matthews

Dinah Pelerin, aspiring cultural anthropologist and current legal secretary, was having a terrible week. Her Uncle Cleon, having declined chemotherapy, had phoned her at work yesterday to invite her to attend his assisted suicide in the Australian outback. Diane, who hadn't even known he was sick, asked for but was refused compassionate leave, so quit her job in Seattle and went home to find her boyfriend entertaining a redhead in their bed. Which is why she finds herself today, bridges all burned, on a private flight in a tiny odd-looking plane with a pilot named Jacko (the wacko, Dinah thinks privately), dipping and soaring disconcertingly over the northwestern wilds of Oz. ("No worries, luv. It's an experimental!")

Why Cleon, an urbane and wealthy Atlanta solicitor, has chosen a ramshackle remote lodge for his impending death is a mystery to his family. Nevertheless, all of his wives and children show up, except for Dinah's mother Swan, Cleon's beloved second wife. Dinah is the child of her mother's second marriage and no blood relation to Cleon, but he had become an important and supportive figure in her childhood after her natural father was killed during the commission of a crime. One of Dinah's hopes this week is to learn more about her father from Uncle Cleon. Her Cherokee mother, sailing serenely from marriage to marriage, has always refused to discuss him with his daughter.

When Eduardo, her half-brother Lucien's lover, picks her up at the airport, Dinah learns that Lucien had been bitten by a poisonous snake a few days earlier. His life was saved by another guest, Dr. Desmond Fisher, who ironically has agreed to administer the fatal injection to his old friend and business partner Cleon.

Everyone else has arrived before Dinah: first wife Margaret and her son Wendell, Lucien and his lover, and current wife Neesha with the teenage twins, Thad and sister K.D. The primitive lodge is run by Mack, who also collects and sells Aboriginal Dreamtime art, with the help of cook Tanya and her nephew Victor. The family members are all uneasy at the hints Cleon has been dropping about making changes to his will. Lying in her bunk above K.D. that night, watching the huge spiders crawl across the ceiling, Dinah, who has no expectations, wonders if she can survive a week in this poisonous (literally and figuratively) setting. 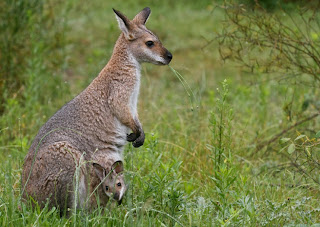 The story has an Agatha Christie feeling and setup: manipulative dying man planning to change his will, dysfunctional greedy family members assembled at his deathbed and all at each others' throats. All that's missing is the unknown heir––or is he?

While the murder mystery never really took center stage here, there were enough sub-plots and seething rage and greed to keep me reading. The book was a lot of fun to read, and considerably broadened my vocabulary of Aussie Strine. "Hello, luv. Now don't come the stunned mullet on me. Didn't I tell you I was the chief walloper in the Top End?" Police Chief Jacko Newby, arrived to investigate the first death, demands of the wide-eyed Dinah.

This is the first in the author's Dinah Pelerin series. All of the books in the series––now up to four––are set in different exotic locations, and all deal with elements of native cultures and myths. I have already downloaded the second, Bet Your Bones, set in Hawaii, where a wedding is to take place on the lip of an active volcano. Spiders and snakes notwithstanding, I'd rather be drinking my Mai-Tais at Ducks Nuts in Darwin than attending that party!
Posted by Periphera at 4:00 AM