Caught in a Web 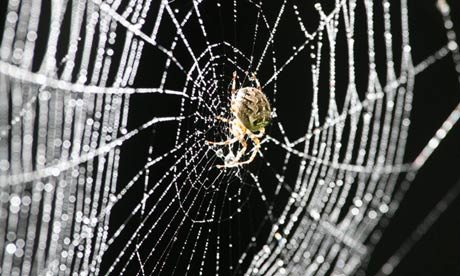 I like spiders, but I have no desire to see them doing a number on some poor victim caught in a web. The very idea of a trapped animal disturbs me; yet, I do like books in which people are ensnared, and they're forced to muster every shred of courage and resourcefulness they possess to extricate themselves. 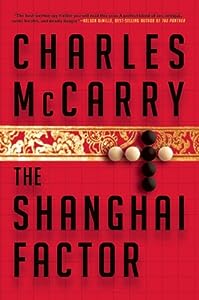 Of course, some of the best fictional "no way out" predicaments involve espionage, and former CIA operations officer and veteran thriller writer Charles McCarry can spin a tangled web of deceit with the best of them. His 2013 book, The Shanghai Factor, doesn't feature series protagonist Paul Christopher, a highly skilled and saintly American agent. Instead, we have a cynical, unnamed 29-year-old narrator, who graduated from an elite college and served with the U.S. Army in Afghanistan. Nameless spent months in a hospital recovering from a bomb injury, and it's not clear how much he cares whether he lives or dies. He is now in Shanghai, working as a sleeper agent for "Headquarters" (possibly the CIA).

Espionage for such a spy can proceed like dripping molasses, and Nameless spends 2-1/2 years doing little more than avoiding fellow westerners, improving his Mandarin, and frolicking in bed with a beautiful and mysterious Chinese woman named Mei. Things pick up when Nameless notices tag teams of Chinese following him, and he's grabbed and assaulted. But it's after he's called home to speak to Luther R. Burbank, chief of Headquarters Counterintelligence, whose job is "to finger the bad guy inside every good guy and banish the sinner to outer darkness," that the wheels within wheels really begin to turn. Burbank plays mind games with Nameless before offering him the chance to be "the agent of his own fate." In other words, Luther wants Nameless to act as bait to lure, and then hook, their adversary. When Nameless accepts, Burbank shoos him back to China. Soon Nameless is traveling between Shanghai, New York City, and Washington D.C., plying his tradecraft, meeting lovely women, and playing such subtle espionage games, it's difficult to tell who he, and the enigmatic others, are really working for—the Chinese intelligence agency (Guoanbu) or the American Headquarters.

The Shanghai Factor is a mostly cerebral, rather than a high-octane, espionage thriller. It contains complex characters, vivid writing, and witty observations. The plot's action takes place during periods of tense quiet that are punctuated with spine-chilling moments of danger. There's an overall atmosphere of ambiguity and menace. Living as a spook under cover in hostile territory leads to justifiable paranoia. Nameless says, "You can never be a fish swimming in their sea, you are always the pasty-white legs and arms thrashing on the surface with a tiny unheeded cut on your finger. Meanwhile the shark swims toward the scent of blood from miles away." Watching the valiant Nameless use his brains to navigate perilous waters, in which no one can be trusted completely, makes a very satisfying read. 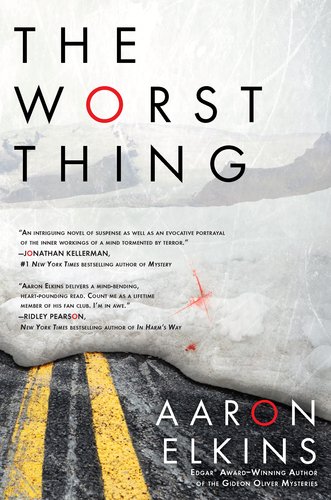 Not all of the pitfalls crime fiction writers devise are outside their characters' skins. Some poor protagonists are victimized, not only by evildoers, but by their own minds as well. This is the case for narrator Bryan Bennett in The Worst Thing, a 2011 standalone thriller by Aaron Elkins, well known to many of us as the author of the Edgar Award-winning "Skeleton Detective" series, featuring forensic anthropologist Gideon Oliver.

We meet Bryan, his wife Lori, and his Odysseus Institute boss, Wally North, at a restaurant, where they're celebrating Bryan and Lori's tenth wedding anniversary. Shoving aside his dessert, Wally offers Bryan and Lori a trip to Reykjavik, Iceland. He wants Bryan to present their corporate-level kidnapping and extortion seminar to the executives of an Icelandic fisheries corporation, GlobalSeas. GlobalSeas CEO Baldur Baldursson, who previously escaped a clumsy kidnapping attempt by members of Project Save the Earth, specifically asked for Bryan, the former hostage negotiator who created the crisis management and security policies program.

Lori is thrilled by the idea, but Bryan refuses. He explains to us that "each life has a defining moment, an episode that shapes and colors, for good or ill, all that follows." Bryan's defining moment came more than 30 years ago. When he was five years old, he was kidnapped in Turkey and held, chained in a dungeon, for two months. As a result, Bryan struggles with claustrophobia, nightmares, and occasional nighttime panic attacks. He's also convinced that he'll get himself kidnapped again. Sitting in a cramped airplane cabin and speaking to a group in Iceland about kidnapping is definitely not something Bryan wants to do.

He does it, however, for Lori's sake, setting into motion a terrific twisting-and-turning chain of events, in which the determined kidnappers writer Elkins has already kindly introduced to us get a chance to meet Baldur, Lori, and ... Bryan. I don't mean to imply that The Worst Thing is a comic caper in the style of Donald E. Westlake, because it has some thought-provoking themes. Bryan conveys the long-term consequences of traumatic events, the troubling nature of memory, and the debilitating nature of panic attacks and their treatment very clearly. Despite these serious subjects, this book is fun. Colorful villains and sympathetic nice guys, unusual settings, a nice sense of irony, and sly plotting are all here. Elkins knows how to tell a story, and suspense builds to a nifty surprise ending. The travails of brave Bryan Bennett in Iceland would make a great hammock read this summer.
Posted by Georgette Spelvin at 11:58 PM