Everything Old Is New Again

A few days ago, I finally reached the finish line on Eleanor Catton's Man Booker Prize-winning The Luminaries––848 pages in print and over 29 hours on audio. Reviewers are worshipful, and I'm . . . mystified. 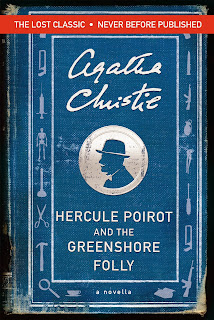 After that slog, I was delighted to get an email from HarperCollins about a "lost" Agatha Christie novella called Hercule Poirot and the Greenshore Folly. It clocks in at a crisp 70 pages and made for a very pleasant evening's reading. If you notice it's a lot like the Poirot novel Dead Man's Folly, it's no coincidence. That's because Christie wrote the novella as a fund-raiser for her church, not for publication, but then decided to expand the story into the full-length novel and use a different story (a Miss Marple tale) for the fundraiser. Still, there are some differences between Dead Man's Folly and Hercule Poirot and the Greenshore Folly, and any serious Poirot fan should enjoy the novella.

HarperCollins is using the publication of this novella to launch its new Witness Impulse imprint, which will publish new books in mystery, thriller and suspense, but will also republish classics and bring international books to American readers. I'm excited about Witness's publications, like a couple of my favorite British authors, Frances Fyfield and Stephen Booth. I also notice some other British authors I'm less familiar with, whose books hadn't previously been published in the US or are hard to find here, like Aline Templeton, who writes a police procedural series set in the Scottish countryside and featuring Detective Inspector Marjory Fleming, also known as Big Marge; Alison Bruce, with her DC Gary Goodhew series, set in Cambridge; and Rory Clements, who writes a series starring William Shakespeare's brother, John.

Even though I love grabbing books as soon as they're published, and discovering new authors, this trend of republishing lesser-known international titles and out-of-print mysteries is a welcome one. In addition to the Witness titles, which you can find here, check out some of these:

Felony & Mayhem doesn't restrict the booklist to the oldies, though. They are home to Londoner Laura Wilson's 1940s Ted Stratton series and L.C. Tyler's delightfully quirky "Herring" series, just for two quick examples. You could easily find a couple of hours slipping by while you peruse their online catalog.

Rue Morgue Press specializes in republications of Golden Age mysteries. You can find some wonderful old favorites on their catalog, like Catherine Aird, Delano Ames, Nicholas Blake (one of my favorites when I first started reading mysteries), Manning Coles, Michael Gilbert, Gladys Mitchell, Colin Watson (his Flaxborough series is just a hoot) and a lot more.

Open Road Integrated Media may be a dull name, but their mission and imagination are anything but. Open Road republishes (in ebook form) celebrated and lesser-known finds in all genres, not just mystery. Thomas Berger, whose classic Little Big Man was made into a movie starring Dustin Hoffmann, is represented with 10 titles, including one I've been meaning to buy, Crazy In Berlin, about a Army medic stationed in Berlin at the end of World War II, and Arthur Rex, a cheeky retelling of the King Arthur legend. Mary Wesley, best known for The Camomile Lawn, also has 10 titles in the catalog.

But if you insist on mysteries (and we all do sometimes), Open Road can deliver a lot of them to your e-reader, including Dorothy L. Sayers's first three Lord Peter Wimsey mysteries. Pieter Aspe's Inspector Van In series, set in Bruges, is up to 24 books, but has only just now started to be translated from Flemish to English. You can find the first two titles, The Square of Revenge and The Midas Murders, on Open Road.

I don't want to mislead, though. Mysterious Press isn't only about ebooks. You can also find some paperbacks there, including one of my recent favorites, Janice Law's Francis Bacon series, whose first two titles are Fires of London and The Prisoner of the Riviera. 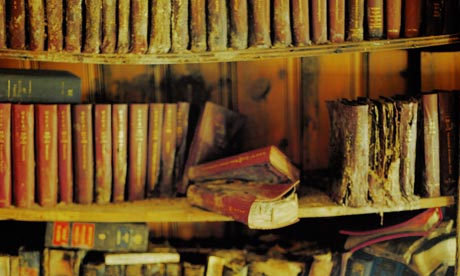 A lot of my collection of old mystery titles came from rummaging through used bookshops and library book sales. I love every one of those finds, but it's nice to know that when I want to read an old title, I don't necessarily have to go on a dusty hunt.
Posted by Sister Mary Murderous at 4:00 AM