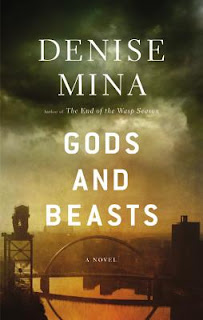 It's the week before Christmas in Denise Mina's powerful Gods and Beasts, but few are finding joy in the season. Many are preoccupied being victimized or victimizers—or both. Who is which can be difficult to tell until Mina draws the three story threads of her Glasgow police procedural into a big bow at the end.

Let's begin at the busy post office. Martin Pavel is waiting in line, when he's startled by the entrance of a masked man with an AK-47. The man yells, "Get down on the floor." Everyone does, except for Brendan Lyons, a retired bus driver. After quickly handing his grandson to the odd-looking Martin, Brendan offers to help fill a bag with money. The gunman accompanies Brendan to the door, mows him down with a barrage of bullets, and disappears with the bag. Martin later tells Strathclyde DS Alexandra ("Alex") Morrow and DC Harris that Brendan and the gunman recognized each other. Brendan's wife and daughter strongly deny that Brendan, a good man, could have known the gunman or desperately needed money.

While their colleagues are busy with that robbery, DCs Tamsin Leonard and George Wilder, working on a drugs investigation, pull over Hugh Boyle's Audi Q7. They have no reason to search the vehicle—but they do—and there are hundreds of pounds in cash under a panel in the trunk. Both Leonard and Wilder feel marginalized by colleagues, vulnerable to upcoming redundancies, and overextended financially. That dirty money presents an opportunity for some good writing on alienation and guilt—and some twists in the plot. 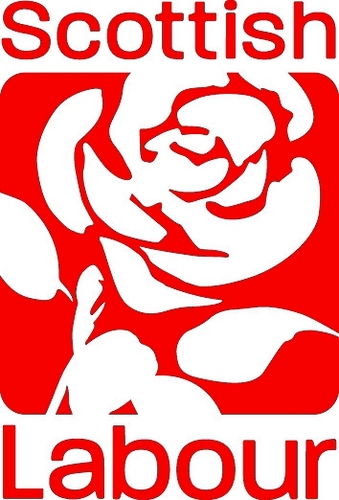 Finally, there's the predicament of Kenny Gallagher, the Labour politician known as "Gallant Gallagher, the Greatest Living Scot in two polls running." Kenny stands accused of having an affair with a 17-year-old party volunteer, and he now faces personal and professional ruin. He is therefore highly motivated to fight this accusation. Kenny shares his on-going thoughts about tactics and strategy as the issue hots up, and this makes entertaining reading about a politician's instinct to survive, even while self-destructing. One of Kenny's acquaintances is a wealthy gangster, Danny McGrath, who also happens to be the half-brother of the bank robbery's lead investigative officer, DS Alex Morrow.

Alex is a likable protagonist who's respected by her underlings as being both tough and fair. She's willing to buck her superiors on occasion, but she's not an out-and-out rebel like Ian Rankin's John Rebus. Since the first series book, Still Midnight, Alex and her husband have welcomed twins, but we don't see her much at home.

Most of the book's characters don't relax in the bosom of a happy family. Writer Mina would agree with Tolstoy, in that every unhappy family is unhappy in its own way. Some are ruined by greed; others have been devastated by crime, committed by criminals whose reason may be completely inexplicable. In addition to the skill with families, Mina is equally good with class differences, the relationships between men and women, corruption, and politics. Parts of this book are depressing, but it's beautifully written, with straightforward and vivid prose.

I closed this powerful book with the sense that somewhere in Glasgow, these characters go about their lives. I'm looking forward to seeing Alex again in February 2014, in The Red Road.

Posted by Georgette Spelvin at 11:00 PM