Magical Realism, Art Heists, and the Ghost of Chagall

Last week, we had a couple of those warm, sun-kissed days that promise the winter weary that spring is, after all, coming this year. Out for a walk, I felt such delirious joie de vivre that my feet could easily have left the ground with each next step. Which turned my idle musings to the artist, Marc Chagall.

There was nothing remotely earthbound about Chagall; his vivid subjects swirl into the air and soar above the ground in fantastic and exotic dances. He somehow managed to survive two world wars and Stalin's vicious anti-Semitic pogroms with his exuberant appetite for life and color undiminished. Incredibly prolific, in addition to paintings and murals, Chagall created soaring stained glass windows in churches, synagogues, and museums around the world, illustrated several books, including the Bible, and designed a number of stage sets over his long career.

In Dara Horn's The World to Come, Benjamin Ziskind, legally blind writer of questions for the game show American Genius, had never planned to steal the Chagall painting from the exhibit at the Jewish Museum. He had become a virtual hermit after his recent divorce, so his twin sister, Sara, and her husband pushed him to attend the museum's Chagall exhibit and associated singles' cocktail party one Sunday. As the exhibit room emptied and people moved downstairs for drinking and dancing, Ben found himself alone, facing a small painting that looked very familiar. It must be a similar study, he thought; it couldn't possibly be the picture his then-widowed mother had sold to fund her children's education, could it? When he recognized the spot of clear nail polish that then seven-year-old Sara had painted on the corner, Ben lifted the painting from the wall, tucked it under his coat, and left. No alarm or guard stopped him.

We are then carried back to the story of Ben's great-grandfather, Boris Kulbak, who as a child received the painting from the hands of Chagall himself. Boris was a student at the Jewish Orphaned Boys' Colony in Malakhovka. Like many of the boys there, Boris had seen his parents butchered, and his unborn sibling cut from his mother's womb and thrown out of a window. Boris escaped, and huddled in an open grave for two days before he was found and taken to the orphanage. Chagall, an art teacher at the school, was so impressed with Boris's passionate painting of his family's slaughter that he offered one of his own in exchange. 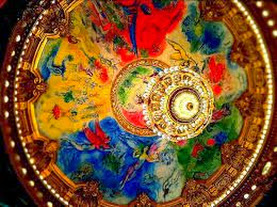 The theft at the beginning of this story was a real event, which occurred in 2001, at an exhibit of Chagall's work at the Jewish Museum in Manhattan. A painting called Study for Over Vitebsk, valued at over a million dollars, disappeared during a cocktail party highlighting the exhibit. Three days later, a letter arrived from a group calling itselfx The International Committee for Art and Peace demanding peace negotiations between Israel and Palestine as the price of the painting's return, and accurately citing secret markings on the painting. Eight months later, the painting was recovered, returned as an undeliverable package to a post office in Topeka, Kansas. No arrests were made, and no further public information on the group is available.

Beautifully written, The World to Come manages to cram four generations of history into its scant three hundred pages. The story washes through the 20th century from the brutal purges of the early Soviet era through the Vietnam War, to today and back. There was material for at least two––possibly three––books here, jumbled together with the very thinnest of connecting threads. The theft of the painting is merely a skeletal framework for the long middle of the story, an exposition of the fate of Der Nister, a Jewish writer, under Stalin's brutal pogroms. Chagall himself was dismissed early on and never reappeared. I learned from the Afterword that many of the frequent dream sequences and flashbacks were based on historical Yiddish folk tales. Had I known that before reading the book, they might have seemed less arcane intrusions. Many people loved it––you may too, but for me it managed to be bloody, precious, and disjointed all at the same time.

Chagall's exuberant art and personality benefit from a lighter and more playful touch, which author Jill Koenigsdorf gleefully delivers in her debut novel, Phoebe and the Ghost of Chagall. When I read the opening sentence of the first chapter, I settled right in with a smile and that comfortable "tell me a story" feeling:

"Marc Chagall appeared exactly twenty-five years after his death, in the twenty-first century, in the brightly tiled wonderment of Phoebe's kitchen in Sonoma, California."

Phoebe's tiny cottage, studio, and half-acre of land are her personal enchanted place. An artist who earns a meager living designing wine bottle labels, she has decorated every inch of her space with brightly colored art. Her land grows anything abundantly; a cherry pit spit out in the yard will be a foot tall in a few months. But with the recession, Phoebe's hours and wages have been cut back, and she is in acute danger of losing her bit of paradise.

Chagall appears in time to watch Phoebe's daughter Aubrey preparing a surprise 40th birthday party for her mother. He knows that he was sent here to help Phoebe recover one of his paintings, a birthright that was stolen from her father before she was born. Where it is and how that can be accomplished, he has no idea. Only Phoebe and her dogs can see the oddly dressed man at her party.

But Chagall has a second, secret agenda. During the First World War, over a hundred of his paintings had been stolen from his Paris studio, while he was home in Russia marrying his sweetheart. Very few were ever recovered, and Chagall wants them found and on display to the public. When a friend is injured and offers the non-refundable biking tour of the French countryside she had booked to Phoebe, Chagall urges her to accept, despite her financial woes. When ghosts and country witches get involved, almost anything is possible, so perhaps we shouldn't be too surprised when the tour is booked into the exact little bed-and-breakfast among the fields of lavender where Phoebe's stolen painting has been hidden in a beehive for generations.

Phoebe and the Ghost of Chagall skillfully weaves quirky characters and occasionally slapstick events with some interesting and well-written biographical detail, and the very large international problem of stolen art into a completely satisfying tapestry, and all in beautiful settings. The story was a good match to the fantastic and colorful art of Chagall, and I look forward to reading more from this author.