A shark will drown if it stops swimming. That's my take on the upcoming spring books showcased yesterday by my good friend, Sister Mary Murderous. While she recreates the excitement of her law practice by reading about workplace murder and mayhem, I won't head to the office in these books. I'll begin with a deadly scuffle in Prohibition-era South Carolina and go on from there.

First-time novelist Jon Sealy, a South Carolina native, is being compared to country noir gods Donald Ray Pollock, Wiley Cash, and Daniel Woodrell. With The Whiskey Baron (Hub City, April 1, 2014), Sealy sets the plot on the stove and turns on the heat to make it smolder.

It's 1932 in a small South Carolina town, and Larthan Tull runs the lucrative whiskey trade, supplying Aunt Lou's big operation in Charlotte, NC, with booze. When two of his bootleg runners are killed outside the Hillside Inn, the main suspect is a sharecropper's son called Mary Jane (his mother had him wear Mary Jane dresses as a kid). Joining the ensuing skirmish between the vengeful Tull and Mary Jane are Sheriff Furman Chambers and two FBI agents sniffing around Aunt Lou. (And wouldn't you know it, Mary Jane's teenage nephew, Quinn, is romancing Tull's daughter, Evelyn. Sweet!)

The word is that Sealy's book is atmospheric and near-flawless. I'm clearing off a spot on my night stand for it already. The narrator of Alice LaPlante's unusual and heartbreaking 2011 book, A Turn of Mind, is surgeon Jennifer White. She is in the early stages of Alzheimer's, and she is suspected of murdering her best friend. Now, LaPlante casts a Palo Alto plastic surgeon, respected for his pediatric reconstructive work at Stanford, in the role of homicide victim for her A Circle of Wives (Atlantic Monthly Press, March 4, 2014).

Dr. John Taylor's crazy work schedule makes it possible for him to be a bigamist. His wife of decades, Deborah, knows about his two other wives and facilitates their relationships with Taylor, but they are clueless. His wife of six years, MJ Taylor, is an accountant (I'd like to know what he tells her at tax time, when she wants to file a joint tax return), while his bride of six months, Dr. Helen Richter, is a pediatric oncologist in Los Angeles. After John Taylor is found dead in a hotel room, Wives Nos. 2 and 3 are brought up to speed. It remains to be seen what led to Taylor's murder.

This book is gathering rave reviews. It's a study of love and marriage using the vehicle of crime fiction. It's also a character study of four women, who alternate narrating: Taylor's three widows and the inexperienced Palo Alto detective who investigates. She's a law school dropout named Samantha Adams, with a baffling long-term relationship of her own.

I heard about Irish writer Donal Ryan's The Spinning Heart (Steerforth, March 4, 2014) when it won The Guardian's First Book Award, given for "excellence, promise and originality." I opened the book, using the "Look Inside" feature on Amazon, and hated it when I couldn't read any farther.

Ryan uses the voices of 21 different narrators to tell a kaleidoscopic story of betrayal and economic collapse in a small Irish village near Limerick. The writing is poetic, and the story, while bleak, is replete with dark humor. I'm planning to crawl into bed with it and an Irish whiskey as soon as the book arrives. I'm solid on the reading; now I have to figure out which whiskey. 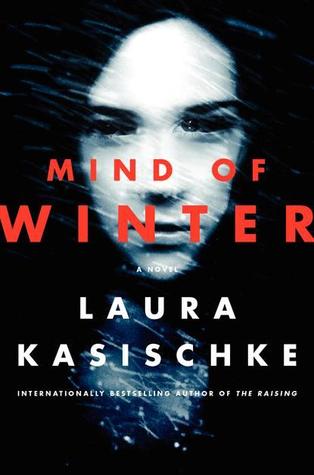 There have been very disturbing stories in the news about Americans who have adopted—and then abused, abandoned or killed—Russian children. So, is it surprising that the words "Russian adoption" immediately make me uneasy? Laura Kasischke's upcoming book is an unnerving tale about poet Holly Judge, who narrates, and her beautiful 15-year-old daughter, Tatiana, adopted in Siberia 13 years earlier.

In Kasischke's twisty Mind of Winter (Harper, March 25, 2014), Christmas Day has been strained from the start, when the whole Judge family overslept. Eric has left for the airport to pick up his parents; Holly and Tatty remain in their Detroit home to prepare the holiday dinner. The snow turns into a blizzard, and they're snowed in. The story assumes the nature of a haunted house novel when Holly sees Tatty increasingly odd in both appearance and behavior. As Holly looks back at their time in Siberia, she becomes convinced that something, not the child they wanted to adopt, followed them home from Russia.

Let's leave the psychological suspense in snowy Detroit and take a look at race, higher education, and corporate morality; however, let's enjoy ourselves while we're doing it. The Ghost Apple (Bloomsbury, March 4, 2014) is a book Kirkus calls "an improbable laugh riot," while Booklist describes it as "insanely fun." First-time author Aaron Thier uses "pseudo-historical letters, blog posts, emails, newsletters, advertisements, and even course listings" in his satire about New England's Tripoli College and Tripoli's proxy school on the fictional Caribbean island of St. Reynard.

In order to stay afloat, Tripoli has abandoned its original mission to educate the Wapahanock Indians of St. Reynard and has opened up its doors. It has also contracted with Big Anna to give the snack food/pharmaceutical company, which has factories on St. Reynard, full access to Tripoli's students, with head-spinning results.

I've just begun reading this book. It reminds me of David Foster Wallace's Infinite Jest and John Barth's The Sot-Weed Factor, and I hope Thier is hard at work on his next. 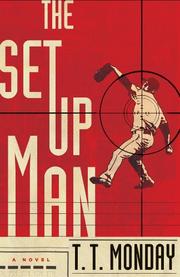 When I was a kid, if my butt wasn't on a horse, it was probably parked on the bleachers at a baseball game. So, you can take it from me, good novels about baseball are hard to find. T. T. Monday's The Setup Man (Doubleday, March 11, 2014) promises to be that—and an entertaining private eye novel too.

Johnny Adcock is a 35-year-old setup pitcher for the San Jose Bay Dogs, a fictional Major League Baseball team. Given that his playing days are numbered, he's preparing for retirement by moonlighting as a private eye, primarily for his fellow players. Johnny's teammate, catcher Frank Herrera, has just hired him out of concern that sex tapes featuring his wife, Maria, may soon appear online, when death strikes—and I don't mean out.

According to Kirkus, Johnny's investigation leaves no doubt author Monday, a pseudonym of historical fiction writer Nick Taylor, is a fan of Sam Spade and Bull Durham's Crash Davis. That does it for me.

Emma Donaghue, author of Slammerkin and Room, is a sure-fire bet for a highly original and gripping read. Her Frog Music (Little, Brown, April 1, 2014) is based on an unsolved murder in San Francisco during the sweltering summer of 1876. Many of her characters were real people who lived in or visited the city's underbelly of brothels, restaurants, and gaming establishments. They bring the music and slang of the times into this rowdy book.

Donaghue's Jenny Bonnet is a trousers-wearing, bike-riding frog catcher for French restaurants, and not everyone's cup of tea. Jenny and her friend, French émigré and burlesque dancer/prostitute Blanche Beunon, are in a railroad saloon when a shotgun blast through the open window kills Jenny. It's not clear whether Jenny or Blanche was the intended target; whoever was, Blanche is in danger as she embarks on a quest to discover who walked away with her 1-year-old son, P'tit, and who killed Jenny.

I'll believe Robert Coover's The Brunist Day of Wrath is out when I see the whites of its eyes, even though its publisher, Dzanc Books, has the hardcover listed for release on April 1, 2014. It's the long (1,100 pages), long-awaited, and much postponed sequel to Coover's The Origin of the Brunists, published in 1966.

That wild and woolly satire is relatively short—only 466 pages. At its center is the story of the Brunists, an apocalyptic cult that embraces Giovanni Bruno as a doomsday prophet after he alone survives the coal mine explosion in West Condon that kills 97 people. It's also a wonderful examination of the people of fictional small-town West Condon, USA.

I don't know much about the sequel except that it takes place in West Condon, five years after The Origin of the Brunists. The Brunists are back, and the end of the world is near.

So's the end of my post for today. I hope we're giving you some good ideas for your spring reading. More spring books will be previewed tomorrow, when Della Streetwise is up to bat.
Posted by Georgette Spelvin at 4:00 AM