Between my own spring book findings and these other previews, I'm feeling pretty darn good. Now I need to buy a bigger book bag and squeeze in extra time for reading. Reading at stop lights while driving is out, so I'll be first in line to buy a self-driving car. For now, there's always the grocery store checkout line and the post office queue. I'll have my nose buried in one of the books below.

It's been five long years, but Penn Cage, writer, former prosecutor and current mayor of Natchez, Mississippi, is back in Greg Iles's 800-page barnstormer, Natchez Burning (Morrow/ HarperCollins, April 29, 2014). Iles's new publisher, and reviewers who've read advance reader copies, are very excited about this first book in a trilogy. Since the trilogy is considered one long story, don't expect Natchez Burning to draw to a close.

It's about the questions of how well a child can ever know his father, and how one goes about righting a long-festering wrong. Dr. Tom Cage, Penn's father, is charged with the murder of Viola Turner, a black woman terminally ill with cancer who worked as Cage's nurse in the 1960s. Penn doesn't understand why his father won't defend himself from these charges, and he goes back 40 years to the 1960s civil rights movement for answers. 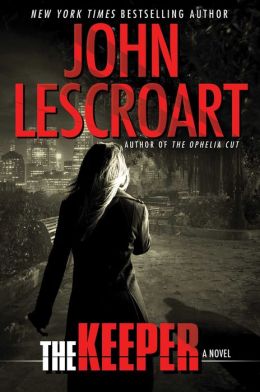 John Lescroart's best-selling legal series with Dismas Hardy and Abe Glitsky is excellent. Each book involves an important social or legal issue. The San Francisco setting is so well done you can smell the lunch specials at Lou's. Hardy is a former cop who's now managing partner of his criminal defense firm. Glitsky, his best friend, headed the city's homicide department until his recent retirement. Lescroart has a knack for realistic relationships and these men's families, friends and colleagues are so integral to the books that after you've read a couple you feel like part of the gang. Then you read the series to catch up on their lives, and efforts to see that justice, not just the law, is served.

The Keeper (Atria, May 6, 2014) is the 18th book in the series. Hal Chase, a San Francisco jail guard, returns from the airport with his stepbrother the night before Thanksgiving and discovers his wife, Katie, is gone. Hardy and Glitsky are brought in when the police suspect Chase of murder. Chase's defense team needs to dig up an alternative for the murderer label and there are plenty of suspects to choose from. I'd probably read Savage Girl (Viking, March 6, 2014) simply because of its cover, but I quickly added it to my list after author Jean Zimmerman told interviewer Lenny Picker that her book is "a combination of Pygmalion saga and murder mystery, My Fair Lady crossed with Psycho."

The book's title character is Bronwyn, 18 years old in 1875. Her origin is unknown, but it's rumored she was raised by wolves. The Delegates, an extremely wealthy New York family interested in Darwin's nature-vs.-nurture debate, rescue her from a freak show in Virginia City, Nevada. Their plan is to introduce her to society in Gilded Age New York City. This plan is placed in jeopardy by a mysterious string of murders that follows Bronwyn. Whether they were committed by her or the book's narrator, 22-year-old Hugo Delegate, is a mystery not only to us but also to Hugo. He's been in a sanatarium and is prone to blackouts and jealous fits over Bronwyn. One of these days, I'll write about book covers that, when laid in a particular sequence, seem to tell a story. The woman on the cover of Samantha Hayes's psychological thriller, Until You're Mine (Crown, April 15, 2014), has an apprehensive expression that surely would not be at home on the missing face of Savage Girl, above.

I'm guessing the woman on Hayes's cover is Claudia Morgan-Brown, a pregnant social worker in Birmingham, England. Her husband is a Royal Navy officer often away on long deployments. When Claudia is near her baby's due date, they hire Zoe, a nanny with immaculate references, to help with their four-year-old twins. As the plot starts to twist and turn and the tension slowly mounts, Claudia begins to distrust Zoe.

The narration alternates between Claudia, Zoe and Detective Inspector Lorraine Fisher, who is investigating a series of savage crimes against pregnant women. It fascinates me that Claudia and Zoe narrate in the first person, while Lorraine narrates in the third person. I'm looking forward to seeing how well this works as much as actually reading this corkscrewing, suspenseful story. 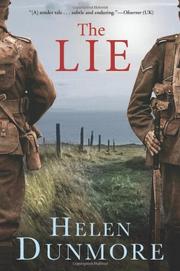 I've read less about the Great War than World War II and Vietnam. This spring, I'm particularly interested in The Lie (Atlantic Monthly, April 1, 2014). Helen Dunmore explores guilt, loss, grief and class, as she sees World War I and its aftermath through the eyes of Daniel Branwell, returning home from France to Cornwall, England. Daniel is physically unharmed, but he's shell-shocked and haunted by memories of his best friend from childhood, Frederick Dennis. Frederick, his commanding officer, was one of the fallen.

While Daniel was gone, his mother died and he is now homeless. So that he can stay in Cornwall, an old woman, Marie Pascoe, offers him a place to stay. When she is dying, she asks Daniel to keep her condition a secret. And then Daniel keeps her death a secret. He wants to stay close to the big house where Frederick grew up, where Frederick's widowed sister and her child live. They are bonded in their grief.

Dunmore's writing is described as quiet and poetic. I'm looking forward to reading this tender story about the long shadows of war. 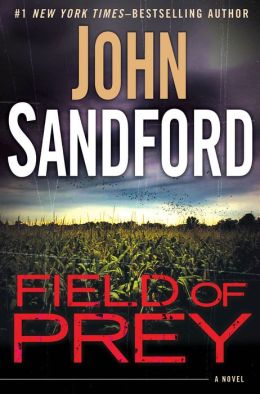 We're having a murderous run on the holidays today. Lescroart ruins Thanksgiving for Hal Chase in The Keeper. In Field of Prey (Putnam Adult, May 6, 2014), John Sandford wrecks the night after the 4th of July for Layton Carlson Jr., of Red Wing, Minnesota. Layton and his girlfriend have never had sex and they find the necessary privacy at a deserted farm in the middle of nowhere. All is well (I assume), except for a terrible smell. Later, Layton mentions the smell to a county deputy, who investigates. In the cistern, there is not just one body. There are 15 bodies. This means a call for Lucas Davenport of the Minnesota Bureau of Criminal Apprehension. The most disturbing thing Lucas discovers is that the 15 people were killed one at a time over 15 years.

John Sandford is the pen name of John Camp, a Pulitzer Prize-winning journalist. I don't get much of a sense of Minnesota from these police procedurals, but they have clever plots and great pacing. Cynicism and sass spice the dialogue. The villains are imaginative, but Lucas Davenport is always the smartest guy in the room. The fortune he made from designing war games enables him to like clothes and love his Porsche. The "Prey" series is up to 24 books now and is deservedly popular. 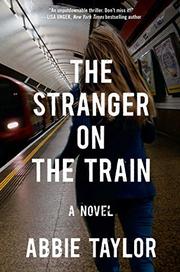 Alfred Hitchcock's famous movie about two strangers who meet on a train and theorize about getting away with murder is based on Patricia Highsmith's Strangers on a Train.

Here's another book Hitchcock would have loved. Abbie Taylor's The Stranger on the Train (Atria, May 27, 2014) begins in London's Underground, where single mother Emma Turner realizes with horror that her toddler son, Ritchie, has suddenly stepped into the train and its doors have closed behind him. Of course, this sort of thing is every parent's nightmare, but first-time writer Taylor plays with our anxiety like a master. After a heart-thudding first chapter, she delivers the story chronologically with flashbacks to Emma's difficult upbringing and the brief affair that produced Ritchie. Emma hasn't been the most enthusiastic mother and her police report is greeted with suspicion.

What I've read about The Stranger on the Train brings another movie to mind, the German movie, Run Lola Run. Franka Potente as Lola is desperation and determination personified as she has 20 minutes to gather 100,000 Deutsche Marks to save her boyfriend from his wrathful criminal boss. How Emma rises to the occasion will make exhilarating reading.

I wish we could keep on previewing spring titles, but tomorrow we'll wrap it up with a list of books (and their covers) that we're looking forward to, but couldn't find time and room enough to write about in detail.
Posted by Della Streetwise at 4:04 AM