I'm a on a reading roll. Four books in the past week, and all of them golden. Today, I'll tell you about Patrick Lee's Runner (Minotaur Books/St. Martin's Press, February 2014), a book you conspiracy thriller fans will want to run, not walk, to read.

It opens at 3 a.m., when Sam Dryden, still grieving the deaths of his wife and young daughter five years earlier, gives in to insomnia and goes running on the boardwalk at the beach near El Sedero, in southern California. He has just stopped at his usual place to rest when a sprinting girl crashes into him. She's terrified, but she doesn't want Sam to take her to the police. She wants him to hide her. When Sam sees a group of men armed with automatic weapons cresting the hill, obviously looking for her, he grabs her and runs. Thus begins an adrenalin-charged game of cat and mouse, as Sam, a former Army Ranger and special forces operative well-versed in such shenanigans, takes charge of hiding the 12-year-old girl, who remembers only that her name is Rachel, that she's been held against her will and kept on drugs for the past two months, and that people are trying to kill her because she knows something. Exactly what that something is, she doesn't know. Oh, and Rachel can "hear" Sam's thoughts, just as if he had said them out loud. In fact, she can hear the thoughts of anyone who's within distance of a mile. It almost goes without saying that Rachel's ability would be of interest to—well, just about everybody, I mean, wouldn't you like to know what your teenage son is really thinking when you talk to him? Of course, defense and homeland security folks are especially interested. So, it's not very surprising when we meet Martin Gaul, the guy in charge of getting Rachel back, and learn he has friends in very high places who expect him to deliver. Gaul has always lived his life by the motto, "Bloom where you're planted." If circumstances plant him in a shady spot—in all senses of the word—why, then he'll bloom there. 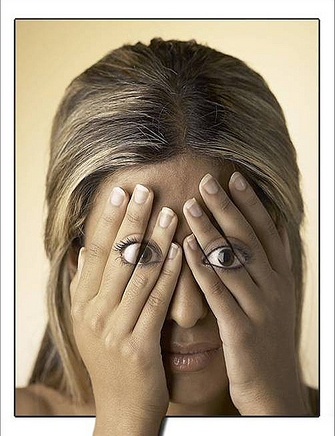 Writer Lee has selected to let us watch Runner unfold from perspectives of both Gaul, the pursuer, and Sam, the runner, and this cranks up the tension to a dizzying level. Gaul has infinite technological resources and manpower at his disposal, and we worry that Sam's counteractions won't be up to snuff. Sometimes Gaul and Sam only hint at strategy, and this forces a reader to guess what Gaul is planning and Sam is preparing a possible defense to, what? Even worse, Sam is determined to get to the bottom of Rachel's story, and as Rachel's memory returns in bits and pieces, they open themselves to more danger, not less. In the meantime, Sam and Rachel are developing a warm, father-daughter relationship, and I cared about what would become of them. After awhile, I was biting my lips and reading between the fingers covering my eyes to deal with Gaul's relentlessness. It's imperative he gets Rachel back. Or kills her. Either one. Rachel's abilities go beyond hearing others' thoughts; she's a danger to society. Or so Gaul says. Do we believe him?

Runner is a breathless read; however, it's not one of those shallow, hectic page-turners you forget immediately after reading. It contains some nice twists; its characters aren't entirely black and white. It's a tale of revenge and redemption, which melds plausible paranormality and an examination of how our privacy and lives are threatened by simple human nature and runaway corporate and governmental power (NSA, anybody?)—this all wrapped around the sweetness of a lost young girl and a damaged man who are saving one another. A bang-up read.

Note: It looks like Runner is the first of a planned series. I'm thrilled that Sam will be back.
Posted by Georgette Spelvin at 6:05 PM