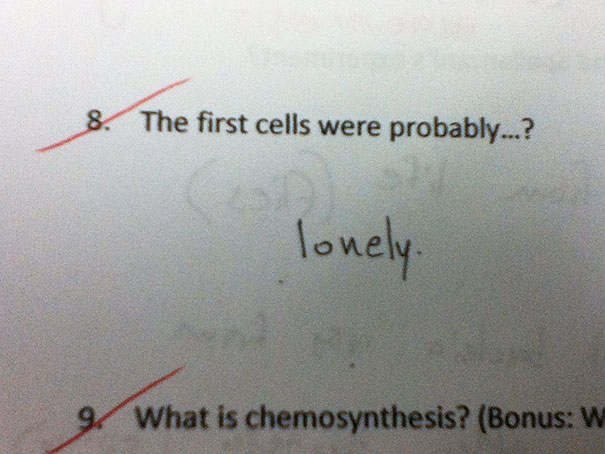 Here are the answers to Tuesday's quiz, You May Remember Me.

1. Can you name a crime-fiction writer with a series narrator of unknown gender?

Sarah Caudwell's books center around a group of young barristers practicing in Lincoln’s Inn. Narrator Hilary Tamar, a medieval law professor at Oxford, is never referred to as male or female. There are four books in this delightful series: Thus Was Adonis Murdered, The Shortest Way to Hades, The Sirens Sang of Murder, and The Sibyl in Her Grave.

2. An unnamed woman ("the biologist") narrates Annihilation, the first book in Jeff VanderMeer's dystopian Southern Reach trilogy. Can you remember an earlier book of crime fiction with an unnamed female narrator? Hint: it's famous.

An unnamed female narrator begins Daphne du Maurier's 1938 classic, Rebecca, with the famous first line, "Last night I dreamt I went to Manderley again." She is the second wife of Maxim de Winter, and she lives under the shadow of the mysterious deceased first wife, Rebecca. The 1940 Hitchcock movie based on the book starred Laurence Olivier and Joan Fontaine.

3. We never learn the first name; we only know the first two initials and last name of this crime-fiction series protagonist. What's the name of the character's creator?

The first name of John P. Marquand's Japanese secret agent, Mr. Moto, is a mystery. We only learn his initials, I.O.

4. In one of Raymond Chandler's books, Philip Marlowe disparages a famous real-life writer. Which book, and which writer?

A crooked cop's name isn't Hemingway, but that's what Marlowe insists on calling him in Chandler's Farewell, My Lovely. When the cop asks him who Hemingway is, Marlowe answers, "A guy that keeps saying the same thing over and over until you begin to believe it must be good." Ouch.

5. This man, expert in his occupation, turned to writing upon retirement when his wife wanted the money for a new carpet. He put his previous job experience to good work; he's now much better known as a writer. Can you name him?

Dick Francis was a champion steeplechase rider who raced under the Queen Mother's colors (am I supposed to say "colours"?) for four years. Francis said he wrote 1962's best-selling Dead Cert in response to his wife's desire for a new carpet after he retired from riding. Francis wrote many mysteries set in the world of horse racing, and he won awards from the British Crime Writers Association and the Mystery Writers of America. His son Felix Francis carries on writing in his dad's tradition.

6. Who would you pick to write a crime noir version of Macbeth? Check to see if your answer matches the writer the Hogarth Shakespeare series chose.

The Hogarth Shakespeare series people chose Norwegian writer Jo Nesbø to write a crime noir version of Macbeth. In answers to the quiz, Sister Mary liked this choice while anotherliz suggested Ian Rankin; I think both are great choices. I would have enjoyed seeing what dark psychological suspense writer Barbara Vine made of the task. (Vine is a pseudonym of Ruth Rendell.)

7. This classic thriller tells the story of a British aristocrat who tries to assassinate a dictator. What is the book's title, and what dictator was the author really writing about?

8. What recipe would you expect from Dashiell Hammett's Nick and Nora Charles?

Nick and Nora's martinis are made with 3 ounces of gin and 1 ounce of vermouth. Drink one while watching the 1934 movie, The Thin Man, starring William Powell and Myrna Loy.

9. Jim Thompson came up with the title A Swell-Looking Babe for his 1954 book. Peter Lovesey penned Abracadaver in 1972. There's no one answer to this question; come up with another great title.

Answering this question, Sister Mary wrote, "I've always thought Colin Dexter had a way with titles, like Last Seen Wearing, The Dead of Jericho, The Riddle of the Third Mile, The Wench is Dead, The Jewel That Was Ours, Death is Now My Neighbor, The Remorseful Day, etc." Anotherliz remarked, "Donis Casey has really good titles I think, starting with the first of her Alafair Tucker series 'The Old Buzzard Had It Coming.'"

Another title I like is Mickey Spillane's I, The Jury. That says it all about the book's plot right there.

10. What are the last words in the 1941 movie version of The Maltese Falcon?

Sister Mary's answer was "The stuff that dreams are made of." That's the second-to-last line. The last word is "Huh?" 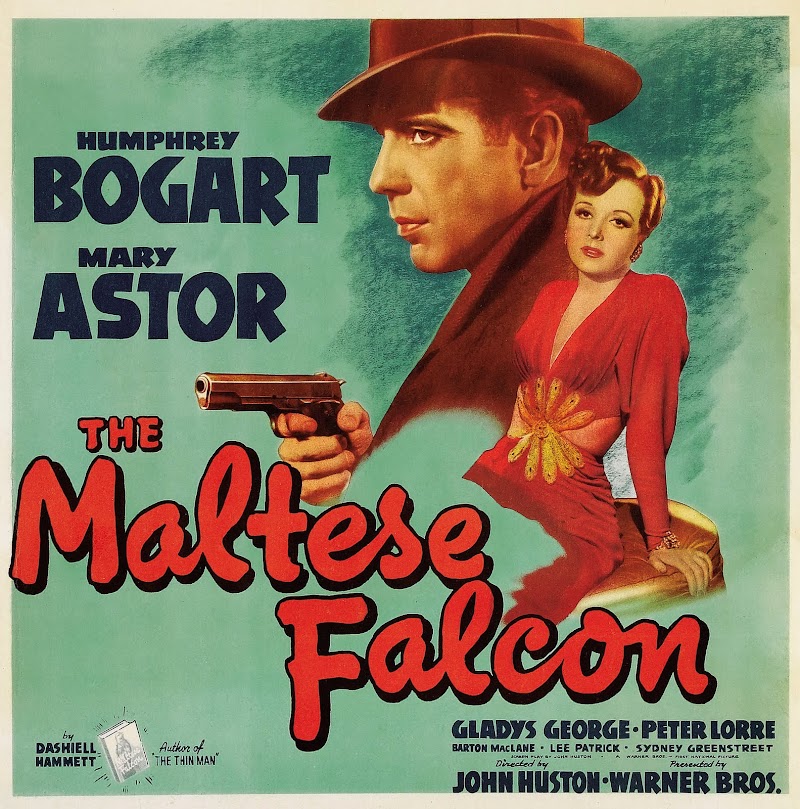 Posted by Georgette Spelvin at 6:06 PM