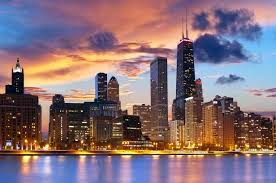 Having just returned from a short trip to Chicago, Chicago that toddlin' town, I was musing about all the eye-catching places that we visited and were impressed by. This was the first time I had been to the Windy City in the summer and yes, it was windy. But the weather was also balmy, barely reaching 80 degrees most days. One of the better after-effects of the trip was that now I can orient myself as I read my favorite Chicago-area authors. 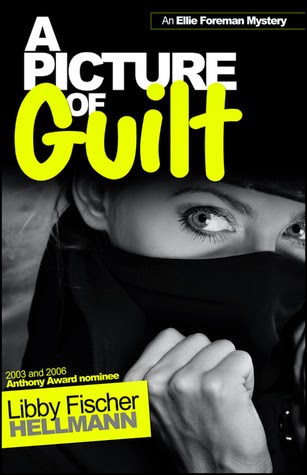 One of these favorites, who set some of her novels in Chicago, is Libby Fischer Hellmann. For A Picture of Guilt, the second in her Ellie Foreman series, recognizing landmarks like the Navy Pier and some familiarity with the Chicago water system really enhances the story.

Ellie Foreman is a divorced mother of a teenage daughter who works as an industrial video producer. One day, while she is vacationing in West Virginia, she is idly perusing a Chicago newspaper and recognizes the face of a man who is on trial for murder. When she gets back home she tracks down a film with the accused's picture, which should prove him innocent. But she could not prevail and before she could accept that no good deed yada yada, almost everyone she has contacted has become a murder victim and she begins to realize that neither she nor her family are safe.

As is sometimes the case in Chicago, she can't be sure whom to trust. There seem to be crooked lawyers, crooked cops and even crooked friends. In a very Chicago way, where everything is connected, Ellie takes her troubles to the perennial troublemakers, the mob. Now, before she can say Ernie Banks, the feds are on her trail.

The tension in the story builds, as Good Samaritan Ellie, ordinary gal, finds herself in a Buffy-like situation trying to figure out what's going on before a terrible disaster changes the face of Chicago. 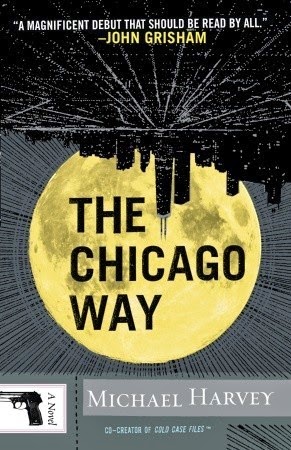 Michael Harvey is the co-creator of the TV show Cold Case Files. His first crime novel, The Chicago Way, also spreads out the city before you in an affectionate way, but he never lets you forget that along with the view of a interestingly green Chicago River, one might get a knuckle sandwich just as easily as a genuine Chicago hotdog. Actually, you might get both if you have the chutzpah to request ketchup on the dog.

"'You wanna get Capone? Here's how you get him. He pulls a knife, you pull a gun. He sends one of yours to the hospital, you send one of his to the morgue! That's the Chicago way….'" (Sean Connery as Officer Jim Malone, The Untouchables)

Private Detective Michael Kelly, a one-time Chicago cop, also has to tread warily through the city's political minefields where, at any second, a bomb can go off in your face. He finds his relaxation in Homer, Cicero (the Greek guy, not Cicero, Illinois) and cups of Earl Grey tea.

An unspecified skullduggery from the DA's office railroaded Kelly from the Chicago PD, but he is as good a detective as ever, and so his old partner John Gibbons comes to him willing to pay plenty to have an old rape/stabbing case reopened and solved. When Gibbons handled the case years before, he was pulled aside and told there was no case and if he wanted to stay a cop he had to button up. Now retired, he wants justice. Kelly takes the case but before you can say Walter Payton, John Gibbons is gunned down and Kelly himself is considered a suspect.

The thread that ties this story together is that of rape as seen from various perspectives, from the victims, from the law enforcers and investigators, and also from the legal aspects. This is a dark, gritty read that made me grit my teeth to get through some sections.

Like Ellie Foreman, Mike Kelly turns to the underworld to seek answers that might just save him from the forces of law and order, some of whom are corrupt, but by no means all.

In a tour of Chicago, the buses pass the municipal jail and there is a tinge of pride in the conductors' voices as they mention that the edifice houses a great number of elected officials living alongside fellow felons. Like that twist, there are plenty of curveballs in Michael Harvey's Chicago story, with not a totally unexpected end. I would like to read more from this author. There are a few more in this series. 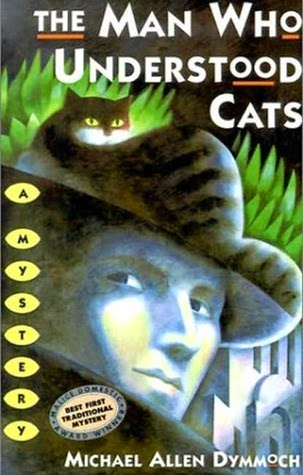 There are plenty of honest cops in Chicago, one of whom is John Thinnes, a veteran homicide cop in Michael Allen Dymmoch's excellent series that begins with The Man Who Understood Cats. Despite the title, this is not a cozy mystery but a well-done police procedural.

Dr. Jack Caleb is a high-priced therapist, a complex man who, aside from other things, is gay and doesn't hide it. He first meets John Thinnes when a patient of his is murdered. Before you can say Nick Leddy, Thinnes begins to suspect Caleb for several reasons, the very least of which is that Thinnes is a bit homophobic.

Over the course of the series, the pair meet to solve several murders and begin to understand and appreciate each other and work well together. Despite the differences in their current circumstances, they have some common background, both being Vietnam vets. Dymmoch weaves Chicago landmarks and history into her stories that give her novels a wonderful sense of place. (Yes, Dymmoch is female; "Michael Allen" is not the name her parents gave her.) 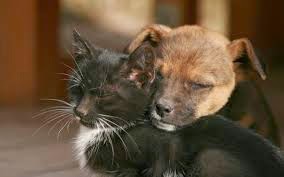 This title is taken from Dr. Caleb's way of putting people in categories, such as cat people who are patient and don't need persistent reassurance or attention, or dog people who do need to be acknowledged by others on a frequent basis. The series is very well done and appeals to the intellect as well as the gut.
Posted by Maltese Condor at 5:18 PM