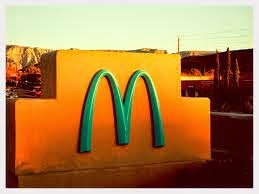 Are we becoming a homogenized society with the same Wal-Mart and Gap store everywhere we turn? I don't think so! Every place in the country has its unique features and, occasionally, still-distinctive accents. Just like Arizona's Sedona said no to the Golden Arches for their town because the city fathers felt they clashed with the desert, every community has exceptional features that make it one of a kind. I look forward to reading American crime literature from all parts of the country this fall.

Betty Webb's Desert Rage (Poisoned Pen, October 7) brings back Lena Jones, a formidable PI who had been scarred on both the inside and the outside by a tumultuous childhood, which has made her particularly sensitive to the problems to the problems of children. 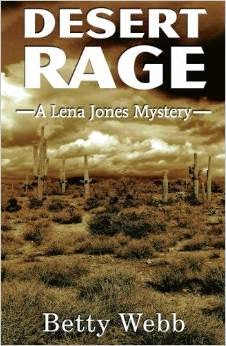 There has been the horrific killing in Scottsdale, Arizona of a prominent doctor, his wife and their 10-year-old son. Their adopted daughter, Ali, and her boyfriend, Kyle, confess to having beaten the victims to death with a baseball bat. Lena is surprised when a candidate for the upcoming US Senatorial elections, Juliana Thorsson, asks her to find out if Ali is telling the truth. Juliana has kept it a secret that she is Ali's biological mother. Thorsson is keeping more secrets than this, but they could ruin her chances for election.

Lena suspects that the murdered family also had secrets, and when she begins to uncover them she lets more danger out of the bag. Webb has a deft hand with characters such as these, who are both good and evil, and she tells their stories with compassion and grace. She always picks tales worth telling.

I am a sucker for stories about big city detectives who leave the hotbeds of crime to move to backwoods America, looking for small town Saturday nights where the shooting out of streetlights is what fills the local police report. 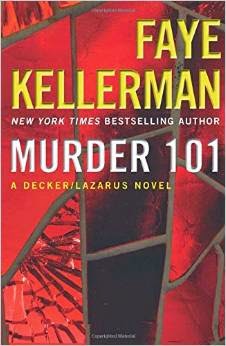 A case in point is Faye Kellerman's Murder 101 (Morrow, September 2). Detective Lieutenant Peter Decker of the LAPD has had it to the back teeth with the bedlam and ugliness of life on the streets lined with palm trees, so he has retired. He and his wife, Rina Lazarus, have migrated to upstate New York, to be closer to family, and he has taken a job with the Greenbury Police Department. This is a sleepy old town that hasn't seen a murder in a quarter of a century. It's a long time coming, but one fine day he is called to the scene of an actual crime, a break-in at the local cemetery.

The North American version of pharaonic burial involves ornate mausoleums. In the case in point, the burgled tomb contained gorgeous Tiffany panels that had been stolen and replaced by forgeries. Decker's investigation in this art theft is at first hampered by his burgeoning relationshipwith his new partner, an erstwhile Harvard scholar with an attitude problem, and then by the brutal murder of a coed at a nearby college. This takes the case to a higher echelon, with echoes of international crime, ruthless killers and intrigue far beyond dirt roads and haystacks.

Decker's job isn't boring any longer, but to solve this crime he needs help from family and old friends to stop some evil that has roots in the past. It takes a village. 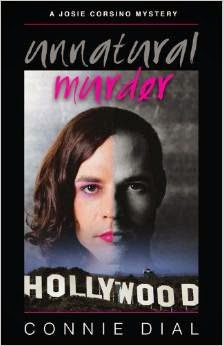 Autumn in the northeast always makes for striking visuals. I believe the changes in LA are more subtle, but maybe it's more of a case of keeping the details of what you see to yourself. That's the way it is in Unnatural Murder (The Permanent Press, September 26), by Connie Dial. In plain view of several witnesses, a striking transvestite is murdered on a Hollywood street. But apparently no one saw a thing. Captain Josie Corsino is in charge of the case. It doesn't make it any easier that the death occurred on streets where menace lurks around every corner, or that here the bizarre is almost commonplace. When a second murder follows before the first corpse is cooled, Josie and her crew of the LAPD's finest begin to discover new meanings for the word strange. These seasoned vets are on some virgin territory.

Connie Dial is perfectly placed to tell the story, because she has had a 27-year career with the LAPD herself, working on the street and as the area's commanding officer. This is a ride into Joseph Wambaugh territory and should be an exciting read. 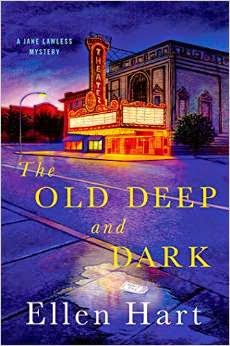 A story from the heartland is Ellen Hart's The Old Deep and Dark (Minotaur, October 7) that takes place in Minneapolis.

Once, there was a speakeasy in the center of downtown Minneapolis that was closed after a Prohibition-era double murder. Because of its lurid history, it was renamed The Old Deep and Dark when it was remodeled into a theater. Cordelia Thorn, a well-known director, had plans to reopen this historic venue, until three skeletons were found bricked up in the walls. What makes the bodies of immediate concern is that they were killed by the same gun used in the more recent, and maybe more scandalous, death of a famous country/western singer.

The sleuth in this case is Jane Lawless, a restaurateur in the city. Though this is my first experience with this author, she has written 21 books in the Lawless series. Since every day in the fall can be a surprise, it's a good time to give a new author a try.

Like author Janet Dailey, who wanted to write a book with a background in each state in the nation, I hope eventually to read one from each of the 50 stars on the flag. 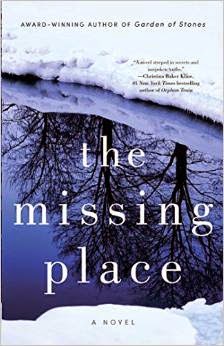 North Dakota has an offering set in the backdrop of the oil boom. The Missing Place (Gallery Books/Simon & Schuster, October 14) by Sophie Littlefield. This book might be just the thing for fans of Gillian Flynn, who wrote Gone Girl.

When the oil business was booming, there were shantytowns filled with men hired to work on the rigs, places of iffy addresses and even less certain acquaintances. Two young men disappear during their first year on the job, without leaving a trace. It takes a mother to figure out that there is more to the story when the police can't help and the oil company is stonewalling.

Colleen, a wealthy East Coast suburbanite, and tough gal Shay, from the poor part of a town on the West Coast, have nothing in common except their lost sons.

Survival instincts, determination and grit bond these women together to help them face the adversity that may be more than they can handle. This story just might prepare me for the brutal winter the Farmer's Almanac is wishing on us.

Now, for a book that is perfect for when the shadows begin to lengthen, ominous gloom appears around every object on your walk home, the owls hoot just after six in the evening, and the skeletal, now-bare branches tap, tap on your windows. Of course, Stephen King has just the thing. It is billed as having the most terrifying conclusion King has ever written. For thrills, I may grab a copy of Revival (Scribner, November 11).

Like all King books, the beginning is a description of an almost idyllic scene of a boy, little Jamie, playing with toy soldiers when a darkness falls over them. It was the shadow of a new man in town, a charismatic minister, Charles Jacobs. This man and his wife will be initially idolized by one and all

Unknown to others, Jamie and the man of the cloth share a secret bond, an obsession really.

A serpent comes to Eden, as usual, and Jacobs suffers a tragedy, turns his back on God and is banished from the village. Jamie has demons of his own. His life is his guitar and rock and roll, and he goes on the road. Eventually, he becomes addicted to heroin and is desperate when he meets the ex-Reverend Jacobs again. Between these two, the devil has plenty to choose from and revival takes on a whole new meaning.

When your heart is back in your chest, enjoy a nice warm cup of cider and remind yourself that it was fiction, just fiction! 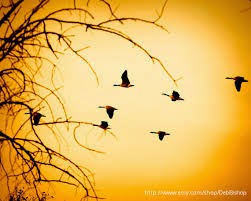