British crime mysteries have always charmed me. They have a very distinctive flavor and atmosphere. For one thing, all the different regions have different characteristics, in both geography and personality. My fall selections for this category take place in such locations as the Outer Hebrides off northern Scotland, as well as on the south coast and over in the Midlands. 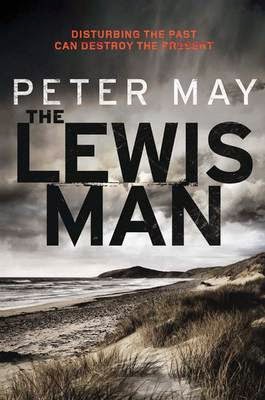 One of Peter May's most intriguing series is a trilogy that takes place on the Isle of Lewis, part of the archipelago of the Outer Hebrides. The central character is Edinburgh Police Detective Inspector Fin Macleod. Fin left Lewis 18 years earlier, returning once only for the funeral of the aunt he lived with for several years. He had never looked back until he was sent to solve a murder that may have involved old friends and auld acquaintances he had not forgotten.

As the second book in the trilogy, The Lewis Man (Quercus, September 2) begins, Fin has come to the realization that he and his police career are not a good fit, so he packs up his belongings and moves back to Lewis. He is camping out and living rough while he restores his parents' derelict cottage, when there is a bit of excitement on the island. Changed little over the centuries, the custom of harvesting peat for fuel can, on occasion, yield secrets from the past. Now, a thin brown arm reaching out of the bog seems to be attached to an ancient Celt, because it is withered and deeply brown. But there is a cute little tattoo of Elvis on it. And the rest of the remains point to a tortured end. 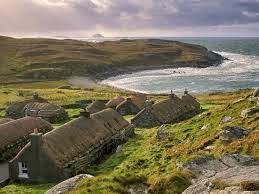 Well, that was then, but now we have DNA and these double helices from the Lewis Man are a sibling match to someone on the island. This someone is an elderly farmer, Tormod Macdonald, whom Fin had known for years and who always claimed to be an only child. But Tormod is now suffering from dementia, and spending great amounts of time living in his head, revisiting his past. His was one of those childhoods spent in care and under the heavy hand of keepers, whose main job descriptions were sadists with sticks. One of Fin's other aims in returning to the island was to repair fences and reestablish old relationships. So when Tormod's family asks for help in this matter, because the local police are looking hard at the Lewis Man's only connection, Fin agrees to help. Fin has always had difficulty leaving his own past behind, but he tracks Tormod's secrets. Naturally, he turns over stones that are hiding surprises, mysteries and evil things that scuttle away trying to remain buried in the sand before he is finished.

The story is as captivating and forbidding as the Hebrides themselves. I read it when it came out in the UK in 2012. 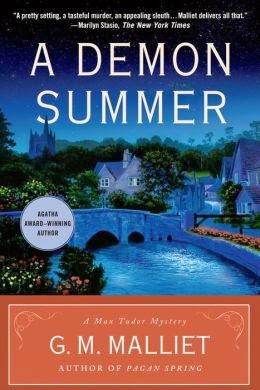 Periphera and Sister Mary Murderous have mentioned G. M. Malliet's Max Tudor adventures before (see here, here, and here). Tudor is a vicar at St. Edwold's, in the not-always-tranquil village of Nether Monkslip in rural England. But once upon a time, Max worked for MI5 and, for one reason or another, he seems to need the skills useful in his previous life more than he could ever imagine.

Max and the villagers have been through A Wicked Autumn (followed by A Fatal Winter and A Pagan Spring) and they are now looking forward to A Demon Summer (Minotaur, October 7), the fourth book in the series. One of the problems this summer arises from local Lord Lilselivet, the 15th Earl in that lineage, who had never met a person he couldn't dislike––and the feeling was usually mutual.

One day, an ill-wisher slips him a dose of gastric discomfort encased in a fruitcake made by the Handmaids of St. Lucy of Monkbury Abbey. The earl's ire results in the bishop asking for help from Max Tudor––which is a turnabout, because he usually is counseling Max to stay away from murder investigations. This is a good thing, because at this abbey there also turns out to be a corpse in the cloister. Max is back again in MI5 mode.

Max wants to put this case to rest, because he is looking forward to his own good fortune, in the form of marriage to a lovely lady who is not exactly the ideal vicar's wife in the eyes of some in the village because of her independent beliefs.

Malliet always provides an interesting tale with characters you can identify with and root for. 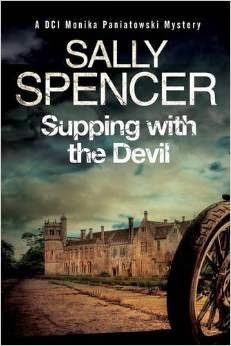 It seems that earls just like to cause trouble. In Sally Spencer's eighth book featuring DCI Monika Paniatowski, Supping with the Devil (Severn House, October 1), there's the Earl of Ridley, who is planning to hold a rock festival on his vast grounds. This is the 1970s, Monika has some of the few XX chromosome pairs on the police force and she's not particularly welcome. She recognizes that the move by the Chief Constable to make her an advisor to the earl is really an attempt to wreck her career.

One of the earl's novel moves has given her some concern. He has chosen to employ the notorious Devil's Disciples motorcycle gang to provide the security for the festival. Added to this is the fact that the earl's mother is also outraged enough to want to throw a spanner in the works.

When the body of a tabloid journalist is discovered, the CC excludes Monika from the case, but he may find to his detriment that you can't keep a good woman down.

This is a story that takes on Monika after she has been around a while, so her back story may be a little vague, but the threads of the plot are laced with some humor and unexpected complications. I am really looking forward to this one. It's a bit of déjà vu for mem perhaps. 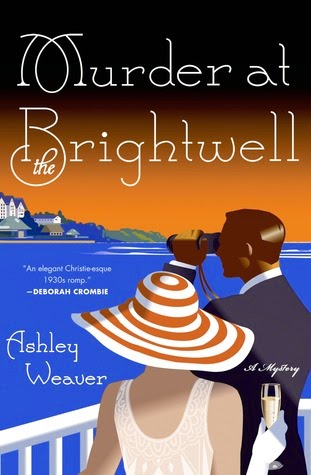 A little lighter fare is this debut novel by a young librarianm Ashley Weaver, Murder at the Brightwell (Minotaur, October 14). If you enjoy the Georgette Heyer mysteries, or the Dolores Gordon-Smith Jack Haldean series, this may a nice choice for a fall read.

Amory Ames is a wealthy young woman who has a rickety marriage to a young playboy, Milo, so she takes the opportunity for a trip with an old friend who is going to a luxury hotel, the Brightwell. This friend also happens to be ex-fiancé Gil Trent, who is trying to stop his sister from marrying a wastrel. Seeing a reflection of her own marital woes, Amory is happy to help. But when the disreputable ladies' man, Rupert, sticks his spoon in the wall (a Georgette Heyer phrase meaning "kicks the bucket") and Gil is arrested, Amory is determined to prove his innocence.

This becomes complicated when Milo turns up and Amory enlists his help in her investigation. Although theirs is an uneasy alliance, the stakes are high and the lines between the friends and enemies are blurred. A little romance, high society gone awry and murder, what more can you ask for? By the way, if you haven't read Gordon-Smith's Haldean series, you are in for a treat. He is an interesting and complex aviator who flew in World War I and is now a private detective.

Back in 2008, in John Harvey's Cold in Hand, Charlie Resnick went through a particularly distressing time and then must have gone into hibernation or retirement. But now he's back, in what is supposed to be the final Charlie Resnick book, Darkness, Darkness (Pegasus, September 15). Charlie Resnick is famous for his love of Dagwood sandwiches, jazz and his cats named after jazz greats, Dizzy, Miles and Pepper. 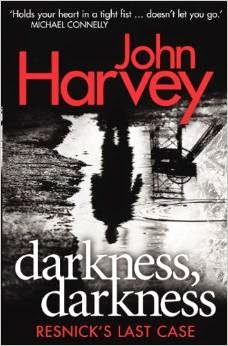 Charlie worked out of the Nottingham district and had an excellent squad working under him, and is now asked to return to active duty when a cold case heats up. The original crime was the disappearance of a woman during the Miners' Strike of 1984-85, which tore the country apart with civil discord and turned friend against friend and fathers against sons. Some of these enmities still exist. At that time, Resnick had recently been promoted to Inspector and he played a peripheral role in the case. 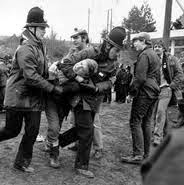 The case is slow moving, but the most intriguing part of the story is the flashes back and forth through the years, which meld the past and present of Resnick's life. Another book, which uses the Miners' Strike as a backdrop for murder, is Reginald Hill's exciting Underworld, a Dalziel and Pascoe adventure.

I have been a longtime fan of Charlie Resnick and I am sorry to see him go, but he deserves to sit back with his cup of coffee and his Thelonious Monk or Bessie Smith album and put his feet up. Harvey reports that this is certainly the last crime novel that he is going to write. I will keep up with John Harvey through his blog on Goodreads. 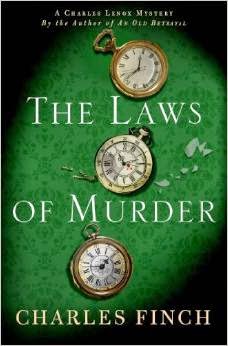 Finally, if you enjoy reading mysteries going a bit further back in time, with a sharp eye for period detail, take a look at Charles Finch's latest, The Laws of Murder (Minotaur, November 11), which takes place in 1876.

Charles Lenox is a Victorian gentleman who enjoys exploring via armchair, and relaxing in his study, reading quietly, and sipping tea. But there is another side to Lenox. He can't pass up a mystery, and at one time he could be found looking for clues throughout London; in Mayfair, in pubs, in the halls of parliament and beyond into the rarefied airs of Oxford.

But more recently, he has been a sedate Member of Parliament until he realized his calling was to do something a little more active. Lenox joins a group of friends in a new venture––a detective agency. He hopes he still has all his sleuthing faculties and will get a chance to prove this when a friend, a member of Scotland Yard, is shot and killed near Regent's Park. He is on the case to prove his mettle. 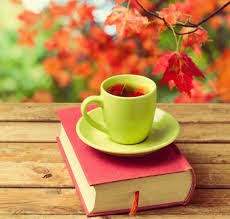 The clues are quite intriguing: an unlaced boot, a recent wound, and a mysterious luggage ticket––untraceable. Sherlock would have loved the case. Mostly, Lenox reads the message in the clues as danger ahead, but he is ready for anything!

In a few days, I would like to share with you some stories of home-grown crime that top off my fall reading selections.
Posted by Maltese Condor at 4:00 AM