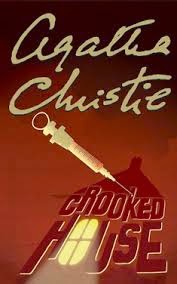 I also like to celebrate Agatha Christie's birthday, September 15, by reading one of her books. Christie is the most widely-published author of all time, in any language, not counting Shakespeare. And we don't count the Bible.

This year, I picked Crooked House, which Christie always claimed as one of her own special favorites. She said she saved it up for years, thinking about it, working it out and waiting for the time when it was ripe in her mind and ready to be put down on paper. Like many of her other books she took the title from a nursery rhyme: 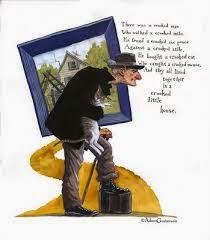 And they all lived together in a little crooked house.

The crooked man of this story is Aristide Leonides, a Greek immigrant from Smyrna, who had come to England near the turn of the century, where he opened a restaurant. He worked diligently and, very like the ancient Greek king Midas, everything he touched was a success. He was not exactly crooked, but he was the type of man who made the authorities realize that there "oughta be a law"––and then there was one. 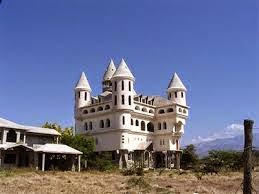 Leonides built himself a higgledy-piggledy mansion and had a large family. The narrative begins in a way familiar to Christie fans, by means of a serendipitous sleuth. In this case, that sleuth is Charles Hayward. Charles, a young man working for the British foreign office, met and fell in love with Sophia, Leonides's granddaughter, when they were both in Cairo, but their relationship was interrupted by the war and they put everything on hold.

When Charles returns to England, hoping to reunite with Sophia, one of the first thing he sees is the obituary of the magnate Aristide Leonides. Leonides has been murdered and the police suspect someone close to the old man. The family is not allowed to leave the house. Charles arranges to meet Sophia that very night. 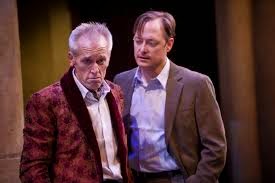 Sophia slides down a drainpipe and sneaks out to meet Charles to fill him in. There are few family members left at this point. Aristide's first wife has been dead for a long time, and he has a young, nubile 24-year-old spouse whom Sophia describes as a harem wife, a woman who rather likes to spend her time sitting around eating sweets, reading novels and perhaps carrying on with the young tutor who is teaching Sophia's younger brother and sister. Sophia describes the tutor as somewhat of a rabbit, easily frightened. 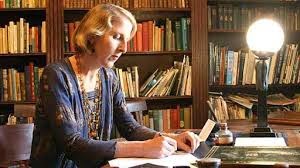 The other family members are Aristide's oldest son and favorite, Roger, who is a ne'er do well who can't escape his dependence on his father. Roger's wife, Clemency, is a scientist who has all the knowledge necessary to do murder in all sorts of ways––and the cold-bloodedness to go with it.

Sophia's father is the second son, Philip, who suffers from severe sibling rivalry and shuts himself in the library all the time. Sophia's mother is an actress who has been moderately successful, but insists in remaining on center stage even when at home.

Edith de Haviland, Leonides's unmarried sister-in-law, the sister of his first wife, has never cared for the old man, but moved in to care for the children and stayed. Sophia has two younger siblings: Eustace, a victim of polio, and Josephine, who is 12, precocious, plain––a very unpleasant character who makes you wish for a Flavia de Luce. Poison is one of Christie's favorite modes of murder, and it is clear from the onset that eserine, an eye drop, was injected into Leonides instead of insulin; that is no secret. All of the family members are equally adept at doing this evil deed. All may be seen to have motive and opportunity. The means were available to all. The drops, the needles, syringes and insulin were out in the open. All this is grist for Christie's mill.

Sophia tells Charles that she cannot marry him until everything is cleared up, and according to Scotland Yard there is no way to get evidence one way or the other.

Of course, Charles Hayward is in the right position to be an inside man. And we are reminded that he once worked for Special Branch. But he has quite a job to do in this crooked house. Crooked because, as Sophia points out, everyone is twisted and twining, interdependent in unhealthy ways. Sophia is afraid, because she is aware of inborn ruthlessness in all of them, and she believes that all of them in the end are capable of murder, herself included.

There is a subtle psychological tension as the family members eye each other and each person has his or her suspicions. Josephine, a very sneaky child, insists she knows who the murderer is and the tension ratchets up a notch when another death by poison, meant for this little snoop, misses its mark and kills another innocent victim. It is, indeed, a very crooked family that keeps turning on itself.

I enjoyed my classic Christie birthday present very much.
Posted by Maltese Condor at 4:00 AM