Have Ambulance, Will Travel

I am amazed to think that we are coming up to the 100th anniversary of the War To End All Wars. I've been intrigued by the WWI era and I frequently read mysteries that use the days after the war and into the 1920s as a backdrop for unusual themes and interesting characters who inhabit the shadowy world of crime fiction.

One of the sub-genres of mystery fiction is that involving the plucky young woman who has the foresight to cast off the shackles that were keeping women at home, barefoot, pregnant and yada yada. Class barriers at this time were dissolving for many reasons, only one of which was the fact that an entire generation of Britain's young men had been wiped out and women were stepping in to fill the breaches. There were a few of these young ladies who cast off their pasts and leapt to the defense of the good guys, managing to get themselves close to the front lines of the war in France, either as ambulance drivers or nurses.

Kerry Greenwood's Phryne Fisher was one of the early protagonists who fit this mold. I first encountered Phryne Fisher when she took her first case that started with an ocean voyage to Australia in Cocaine Blues. This mystery introduced Phryne as a wealthy young woman with some relation to the British nobility. It was the decade of the 1920s and the Honourable Phryne was at loose ends in London.

Phryne had not always been rich; she was actually born in Australia in circumstances of poverty, but her father came into an inheritance and the Fishers left their privation behind them. Phryne was named after a courtesan of extraordinary beauty who lived in Ancient Greece in the 4th century BC. This lovely was purported to be the model for some famous statues of Venus.

After finishing school, Phryne went to France and joined a French women's ambulance unit during WWI and was duly decorated for bravery. Phryne being quite beautiful, she also worked for awhile as an artist's model. After the success of solving her first murder case, she settles down in Melbourne, Australia, in a house with the number 221B and has no problems finding clients. She has a certain code of conduct, but she does enjoy the company of lovers. She also drives a Hispano-Suiza, one of the few in her part of the country. Greenwood has drawn a vivid portrait of a very intriguing sleuth with an excellent sense of place and time and I have enjoyed almost all of the 18 books in this series. I have kept two for a rainy day because I don't tire of Phryne.

Another intrepid young lady of fiction who has fled home and hearth is the American, Jade del Cameron, whose character has hints of Beryl Markham and Isak Dinesen. This series of six books so far is written by Suzanne Arruda. Jade was raised on a ranch in Cimarron, New Mexico. But we are introduced to her in Mark of the Lion when she is attached to the French Army as an ambulance driver. Her mantra when the shells are pelting down is "I only occupy one tiny space, the shells have all the rest of France to hit."

After surviving an air raid by the skin of her teeth Jade takes on the dying wish of a mortally wounded pilot who asks her to find his brother and thus begins her career as a detective. Her investigation leads her to Nairobi, Africa. Later she comes back to Africa as a photographer, but mysteries and occasional murders require her sleuthing skills. She is an intrepid soul and counts marksmanship, knowledge of motor mechanics learned in the ambulance corps and piloting an airplane among her abilities. 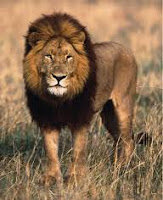 The backdrop of Africa enlivens this series. Del Cameron is frequently either going into the wilds on safari or on photographic jobs in the interior, while at the same time clashing with the staid British ideas of how a woman should behave. She is gutsy enough to try everything and has no fear when she has to pilot an airplane. Jade is very different from Phryne Fisher and both series have a lot to recommend them. 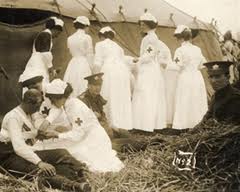 Perhaps the best known of our mold-shattering young women is Jacqueline Winspear's amazing Maisie Dobbs. There are eight books chronicling her adventures. She is introduced in Maisie Dobbs, which was the Agatha Award winner for Best First Novel in 2003. Maisie was the daughter of a costermonger (someone who sells fruit and vegetables from a wheel barrow) and she went into service at the age of 13 as a maid for an aristocratic family in London. She was very bright and, with the help of her employers, she left their service, went to school and later trained in the nursing profession.

While a battlefield nurse during the war, part of a Voluntary Aid Detachment, Maisie was injured both in body and spirit. She returned to London after the war to work with her mentor, a well-known detective, Dr. Maurice Blanche, at Discrete Investigations. When Blanche retires, Maisie opens her own detective agency. She is cautious, concerned about the state England is in but she does need to get around and so has an MG as a pair of wheels.

In her first case, she is asked to look into why several severely scarred veterans are dying unexpectedly at a therapy retreat on a farm. Maisie sees that perhaps the murderer may be as much a victim of the war as the vets. This story makes us very aware that wars don't stop on the date the history books give us; in fact, they never end. The repercussions are like the splash of a pebble in a brook, ever widening. Winspear does the history of the social changes that came about after the Great War beautifully without sermonizing. 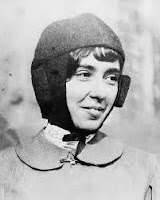 I won't make a prediction about which of these heroines you would like best. Perhaps it is important to know that there were real women who could have been the models for characters such as these. One of them is Hélène Dutrieu (10 July 1877 – 26 June 1961), known as the Belgian Hawk, who was a cycling world champion and stunt person, pioneer aviator, wartime ambulance driver and a director of a military hospital. After the war she was a journalist.
Posted by Maltese Condor at 6:00 AM