"Readability." A plot that "zips along." These are the attributes this year's judges, a group that includes Stella Rimington, former MI5 Director General and now writer of thrillers, said they were looking for when they chose the nominees for the 2011 Man Booker Prize. The shortlist includes Julian Barnes's The Sense of an Ending, Carol Birch's Jamrach's Menagerie, Patrick deWitt's The Sisters Brothers, Esi Edugyan's Half-Blood Blues, Stephen Kelman's Pigeon English and Andrew D. Miller's Snowdrops.

I don't know about the other books, but deWitt's The Sisters Brothers is both very readable and zips right along. It's a tale about two siblings, Eli and Charlie Sisters, who are hired gunslingers for a shadowy Oregon Territory figure called the Commodore. The brothers are instructed to meet the Commodore's agent in San Francisco, where they will receive directions for finding the gold-mining claim of Hermann Kermit Warm near Sacramento. Warm has stolen something from the Commodore and now he needs to be killed. The Sisters are good at that. 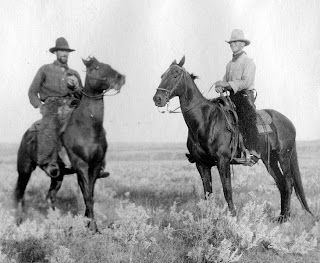 Recently, their luck hasn't been so good. Narrator Eli begins his story of their odyssey down to San Francisco with complaints. It's threatening to snow and he's cold. He's disgruntled because instead of being given money to purchase new horses of their own choosing, the horses were given to him and Charlie. Not that they didn't need new horses. Neither Eli nor I have gotten over Eli's visions of his old horse's death before Charlie climbs into his saddle and Eli mounts his replacement horse Tub.


"Tub was a healthy enough animal but would have been better suited to some other, less ambitious owner. He was portly and low-backed and could not travel more than fifty miles in a day. I was often forced to whip him, which some men do not mind doing and which in fact some enjoy doing, but which I did not like to do; and afterward he, Tub, believed me cruel and thought to himself, Sad life, sad life."

Little does Tub know what life has in store when the Sisters brothers hit the trail in Oregon City, bound for San Francisco.

The Sisters Brothers is a combination of classic Western and noir as told by an Elmore Leonard-ish Charles Portis. DeWitt has an original and lyrical voice and it is well suited to themes of personal responsibility and new beginnings. His book is full of wonderfully imagined characters, places and situations, but it is made memorable by Eli's reflections. He muses about his horse Tub, his meaner brother Charlie, women, the worth of work and money, and life in the American West during the mid-19th century. These were Gold Rush days, when "the thought that something as scenic as this running water might offer you not only aesthetic solace but also golden riches; the thought that the earth itself was taking care of you, was in favor of you."

This book is darkly comic, insightful about human nature and very touching. Perhaps I should warn you: the Old West is a tough and violent place and children and animals are not spared from grief in The Sisters Brothers. Even though I covered my eyes and moaned at times, I still laughed throughout the book and I recommend it highly.

P.S. The Booker Prize winner, announced today, is Julian Barnes for The Sense of an Ending.
Posted by Della Streetwise at 7:00 PM