Take Me Out To The Ball Game

When everybody else was getting excited about the baseball playoffs, pinning their hopes on their favorites and trying not to be too downhearted when their hopes were dashed to the Diamond-Tex, I decided to check out whether murder and mayhem lurked in the games of summer.

What I found interesting–and I may be in left field about this–was that fictional skullduggery on the playing fields of the major leagues seems to take place almost entirely in Boston. So since there was no way around it, my introduction to the games afoot was Murder at Fenway Park by Troy Soos.

This is a very engaging story of Mickey Rawlings, a 19-year-old utility baseball player who has been hired to play for the Boston Red Sox for the 1912 season. On Mickey’s first day at Fenway he walks down a lonely dark hall on his way to the manager's office and discovers a badly beaten body that had been creamed by a baseball bat. Mickey is made so ill by the sight that it is a while before the next person on the scene finds both Mickey and the dead man. Before you can say Jackie Robinson, Mickey realizes that he is the number one suspect. Fenway Park was opened to the public for the first time in 1912 and owner Jack Taylor was anxious to avoid unpleasant publicity, so he warned Mickey to keep quiet and the affair was hushed up with some collusion from the police.

Mickey, who was young, naïve and not the sharpest cleat in the shoe, was nonetheless aware that as long as the Red Sox and Taylor needed him to help the team win the pennant he was probably OK, but there were incidents that shook his confidence: someone took pot shots at him and he also felt threatened by a strange bat left on his bed as a warning. He felt he had to solve the case because the police were not going to look farther than Mickey himself.

Murder at Fenway Park takes you back to the days of horsehide balls, afternoon games that could get called on account of darkness and widespread behind-the-scenes gambling, with police and politicians equally corrupt. The same puppet-masters who were active in Boston were later implicated in the White Sox World Series scandal. But one of the best things that happened in 1912 was that toys were first put into Cracker Jack boxes that year. This was the era of Ty Cobb, Tris Speaker, Walter Johnson and the very unusual Smoky Joe Wood. Joe Wood was only 19 in 1912 and threw such a fast ball he said he thought his arm would fly off his body. He started his career in a mostly female team, the Bloomer Girls. At the age of 17, it was said he could look like a girl, but two years later he took the Red Sox to the World Series. These players are featured in this story.

Soos has a six-book series chronicling Mickey Rawlings's adventures as his journeyman's baseball career takes him to Ebbets Field, Wrigley Field and finally ending up with the Saint Louis Browns. This history is better than the mystery for me.

Other Fenway Park, Red Sox-centric mysteries that I have on my list to read include Rick Shefchik's Green Monster, in which sports detective Sam Skarda tries to find the truth about a claim that the Red Sox victory in the 2004 World Series was fixed. Mary-Ann Tirone Smith and her son Jere Smith write about the 2007 Boston Red Sox in Dirty Water: A Red Sox Mystery. The team in this case has troubles with an abandoned baby left at the field (naturally nicknamed Ted Williams) and agents gone bad, trafficking in Cuban baseball stars. If you like college baseball, it is covered in Lloyd Corricelli's Chasing Curves. This takes place in Lowell, Massachusetts, not far from Boston. Apparently the rest of the leagues and teams and towns in America need to find a voice to tell their tales or they prefer to keep their secrets hidden.

I did find some baseball stories set outside Beantown, though. Wild Pitch by A. B. Guthrie Jr. brings baseball home in a more personal way, reminiscent of the old "root root root for the home team" sentiment. In a sparsely populated Montana county, 17-year-old Jason Beard is an assistant to the sheriff during the warm summer months when he is not pitching for the high school or the city team. He makes about five dollars a week. I guess the decade to be the '50s. He is getting some renown as a pitcher and has hopes of a limited career in baseball. He is rarely seen without a baseball in his hand that is there for the express purpose of strengthening his hand and arm muscles. As is the way in small towns, most everyone who passes Jase has a comment or a compliment about either the last baseball game or the one coming up. To get the picture, you have to understand that those country-town ballparks have no grandstands or bleachers and only a couple of benches for the players. The audience likes to stand where they can be sure to out-call the umpires and be a part of the game.

When a sniper kills an unpopular man, Jase, acting as the Watson to Sheriff Chick Charleston, begins the investigation that has to dig deeply into town secrets. There are several books in this series as well and Guthrie has such a way with descriptions that I like to think of him as a poet.

If you have ever played ball at any level whatever, there is always a time when your memories bring you back to the feel of your glove and the smell of neatsfoot oil that beckon you back to the fields of play. City or Parks and Recreation softball teams sponsored by local businesses satisfy this yen. These can be single-sex or coed, but no place is safe when there are maniacs about. And I am not talking about loud Little League moms with language that would make a sailor shudder and earn their kids a mouthful of soap if they used it. In Triple Play: A Jake Hines Mystery by Elizabeth Gunn, a recreational league home plate is desecrated by a posed, mutilated young man in a baseball uniform. There are many anomalies, most significant of which is the pair of metal-cleated old shoes that the corpse has on, the likes of which were outdated years ago. What I like about this series is the Ukrainian dermatologist coroner. He was once a teenage Siberian slave (work camp survivor) who has traded one frozen climate for another. How he alternates practicing dermatology, where the use of a scalpel is usually skin deep, with complete autopsies is also a mystery to me. While he speaks five languages he manages to mangle English slang in a ferocious manner. This enlivens the scenes of the deaths a bit. It is par for the course for Rutherford, Minnesota which uses all its recourses imaginatively because it is a small town growing so rapidly that it needs a coroner on a more and more frequent basis. There is on hand state-of-the-art crime-scene techs from St. Paul for the more complex problems, but Pokey (so called because his name Pokornoskovic is unpronounceable to many) gets offended when other experts take over.

I even found a murder mystery about a semi-pro league to round out the menu of baseball samplers. In A Minor Case of Murder, by Jeff Markowitz, the lovable team mascot, Skeeter, dies in what might be an accident, but under some suspicious circumstances. As you might guess from the mascot's name, the minor league team concerned plays on the Jersey shore. Having been to many a game on the East Coast, I can say with certainty that the skeeters leave a lasting excoriated impression.

All in all, while some of these authors hit home runs with their books, and with some I invoked the infield fly rule (the ball was dropped), I am still humming "Buy me some peanuts and Cracker Jack, I don't care if I never get back...." 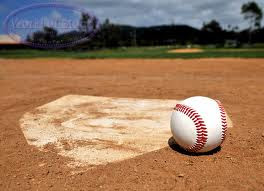