A Battle Between Good and Evil 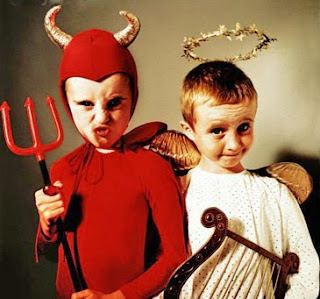 We're not even talking about the battle between dirt and cleanliness so extraordinary one can pretty darn well semi-safely eat off the floor if the floor owner is your German or Swiss grandmother or other nationality that has raised cleanliness next to godliness or maybe not, but you're up to date on your vaccinations such as tetanus, one hopes, or hope to God your luck holds, and don't ask yourself why in the world you don't pick up the food, shake it off, and stick it on a plate for pete's sake unless maybe you're out of plates because you're a bit behind on washing up or you're lying on the floor any way, and you just so happen to see something lying down there, uneaten for who knows why by the family dog or cat or your spouse or kids.

And we're not talking about sports that rightfully have umpteen billions of fans like soccer, known in most parts of the world as football or fútbol or whatever other name your native language calls it. (Pause for a breath and to mention writer Leighton Gage's blog about one of the sport's most wonderful players on and off the field, Socrates Brasileiro Sampaio de Souza Vieira de Oliveira.)

No, we're talking here about the American sport of football, and its Great Big Day, Super Bowl Sunday. THIS SUNDAY. When the New England Patriots, ably led by quarterback Tom Brady, meet the New York Giants, I hope less ably led by quarterback Eli Manning, in Indianapolis, Indiana. While the Patriots and the Giants crack heads in Lucas Oil Stadium in Super Bowl XLVI, fans at home will (again, I hope) not crack heads over bowls of guacamole and chips and bottles of beer or Coca-Cola. Even people who aren't football fans will be watching, because this is the day that ad agencies try to outdo themselves and each other in debuting creative TV commercials (yes, "creative TV commercials" is too frequently an oxymoron), and Madonna, of all people, who in the world chose her to sing I'd like to know, tries to outdo herself and previous performers in entertaining us viewers at halftime.

Americans who aren't watching the Super Bowl will find shopping malls happily drained and ski slopes tantalizingly bare during the game. On the other hand, they will be tragically unable to compare favorite commercials (mine is always the Budweiser beer Clydesdales), intelligently criticize Madonna or argue bone-headed Super Bowl plays at the office water cooler on Monday.

If you can't bring yourself to watch the biggest football game of the year, you can excuse yourself by watching Animal Planet's Puppy Bowl VIII.

Or by reading one of these good mysteries, in which sleuths and criminals butt heads and engage in battle:

Bill Eidson's The Repo is set in Charlestown, Massachusetts, where former DEA agent Jack Merchant now lives on his sloop, The Lila. Sarah Ballard, who makes a living repossessing boats for banks, hires him to look for a missing couple and their yacht. It's an action-packed book with well-drawn characters. The Mayday is the next Ballard/Merchant book.

Walking Shadow, by Robert B. Parker, is the 21st appearance by Spenser, ex-boxer, ex-cop turned Boston private eye. In this book, Spenser is asked by his girlfriend to investigate the stalking of a theater company director. Fists fly and bodies pile up, but Spenser handles all of this with his usual aplomb and rustles up gourmet dinners at the same time. Some of the Spenser books are a little phoned in, but not this one. Brattleboro, Vermont, is the ultimate New England town for artists and eccentrics. In Archer Mayor's Surrogate Thief, a gun involved in a shooting is linked to a robbery/murder that cop Joe Gunther handled 30 years ago as a rookie. This is a great small-town police procedural, and you don't have to begin at the series beginning.

Jane Langton's God in Concord is set in the town of Concord, Massachustts, home of Thoreau's Walden Pond and destination of Paul Revere's midnight ride in 1775. Developer Jefferson Grandison wants to build on the edge of Walden Pond. This doesn't sit well with everyone. This is the ninth book in the traditional mystery series featuring lawyer and ex-cop, now Harvard professor Homer Kelly. It contains Langton's charming line drawings. 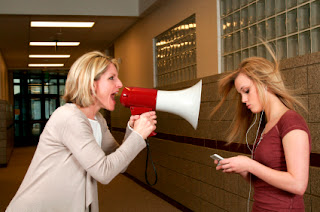 Dennis Lehane's Patrick Kenzie and Angela Gennaro are about as good as it gets when it comes to a pair of New England hardboiled private detectives. Begin the series with A Drink Before the War, in which Kenzie and Gennaro look for a cleaning woman who took some papers belonging to a senator. Some terrific Lehane standalones include Mystic River, Coronado (a book of short stories), and The Given Day (a book of historical fiction).

There you are, a bunch of good mysteries set in the beautiful northeastern states of the USA, home of the New England Patriots. At about oh, say, 9:00 p.m. Pacific Time on Sunday, I'll be happy to read a good book set in New York, home of the New York Giants. I'll leave it to a Giants fan or someone else to suggest some. Right now I need to rustle up some snacks for Super Bowl Sunday.

Posted by Georgette Spelvin at 5:00 PM