Curiosity: Not Just a Cat Killer

Curiosity belongs not only to cats; it belongs to humans too. It leads people to explore shipwrecks at the bottom of the ocean and to venture deep inside caves. Fifty years ago yesterday, it led John Glenn to climb inside the alarmingly small Friendship 7 capsule and to orbit the world three times. In Reed Farrel Coleman's Hurt Machine, curiosity leads a cancer-stricken Moe Prager to stick with a case even when the woman who hired him tells him to quit.

The hurt machine of Coleman's title is a garden variety human. The narrator, ex-cop and retired PI Prager, explains, "No matter how hard we try not to do it, we seem to inflict hurt on one another as naturally as we breathe." Prager's friend, Auschwitz survivor Israel Roth, says that hurt and pain are God's way of letting you know He loves you. Prager isn't so sure. He doubts God's existence. He's been thinking about such things since his oncologist diagnosed a malignant stomach tumor and told him it might be good to get his house in order. Prager's daughter Sarah is getting married in a few weeks and he doesn't want to ruin her happiness. He decides to put off chemotherapy and telling his family and friends until after her wedding.

Prager is just walking into a pre-wedding party when ex-wife and former detective agency partner Carmella Melendez appears. She's not an invited guest. She took her son Isaac to Canada when she walked out on Prager years ago. That broke Prager's heart. Now she wants him to investigate the murder of her older sister Alta. Alta was a New York Fire Department EMT. She and her partner, both off-duty, outraged the NYFD and nation several months earlier when they declined to help a dying man at an expensive restaurant. Carmella and Alta were estranged at the time of Alta's death but Carmella wants answers. She believes the police aren't trying hard to find Alta's killer because they feel she deserved killing. Carmella investigated on her own, but has now hit a dead end. She wants Prager to continue.

Currently, Prager helps his brother with their retail wine business but he's not emotionally invested. All he has done is invest money and gone along for the ride. When he is gone, he worries, all that will be remembered is that he had been a shopkeeper. "Does anyone dream of being a shopkeeper? Does anyone dream of dying as one?" he asks. He agrees to take Carmella's case. If Prager hadn't already realized, this case quickly shows him that the solution will be tough. Witnesses are nonexistent, contradictory or purposefully unhelpful. Alta's NYFD colleagues are hostile and her partner refuses to talk. Prager looks and feels like death not only approaching but well warmed over, but he keeps plugging away. All the while he reflects on life, his past cases, his former NYPD colleagues, his friends and his enemies. On occasion, he crosses the line between reflection and self-pity but not so often or so far that I felt like closing the pages on his investigation.

Prager's inquiry into Alta Conseco's murder provides a good look at the power structure of the NYFD and how an ex-cop turned private eye goes about his job, following leads and collecting favors owed. Prager is an old hand at the detective game. He describes and sizes up people well. He's very familiar with New York's neighborhoods. Now possibly nearing the end of his life, he's not the only one with regrets. The more time I spent with him the more I regretted that I haven't yet read the previous books in this mystery-awards-laden hardboiled series beginning with Walking the Perfect Square. It isn't necessary to have read the previous books, but it is well advised. Prager's reminisces provide details of previous cases and what happens to old acquaintances. 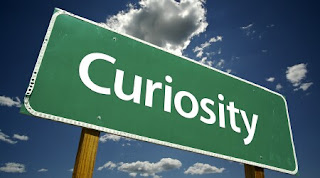 In Hurt Machine, Prager's life may be winding down, but this means he actually understands how little he understands. "What I wanted was to know things before I died, to know things for sure," he says. When the book ends, his curiosity, at least about this particular case, is satisfied. My curiosity was satisfied and so was my desire for a good book to read.
Posted by Della Streetwise at 4:53 PM